I love a cute girl in a bow tie. I also just love bow ties and bows in general. There’s something inherently pleasing about them. Maybe it’s the way a bow tie makes the wearer look like she’s a present waiting to be unwrapped; maybe it’s the bow tie’s magic ability to turn a regular outfit into a fancy outfit just by existing. However, while I’d love to be on the arm of a girl rocking a traditional bow tie, I’m not all that inclined to tie one around a collar on my own neck — it’s just not the look I’m going for these days. Incidentally, this is my favorite part of bow ties: one doesn’t have to wear one in the traditional way to enjoy its aesthetic benefits. Don’t get me wrong, I think people all over the gender spectrum can rock a standard bow tie. But if you want them in your life in a different sort of way, this is for you! 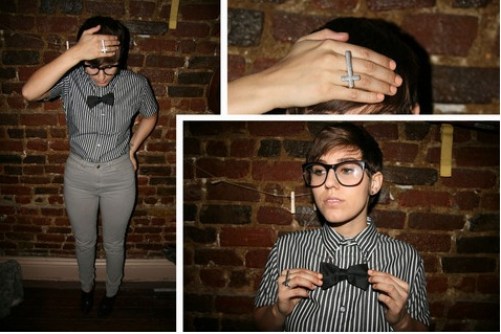 via AJ L. on Lookbook.nu

Necklaces with bow ties on them are a good idea. When worn under a collar, a bow tie necklace can look a lot like a regular bow tie just slightly more femme, but they also look cute with a regular neckline too. I recently acquired a necklace made out of a vintage brass baby bow tie, and I’m probably going to wear it every day for the next year or so. 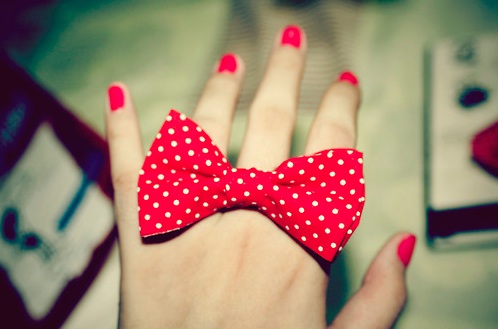 Other jewelry with bow ties on it is a step further away from the traditional bow tie look — unlike a bow tie necklace, a ring with a bow tie on it will look more like a straight up bow and less like a feminine twist on menswear. 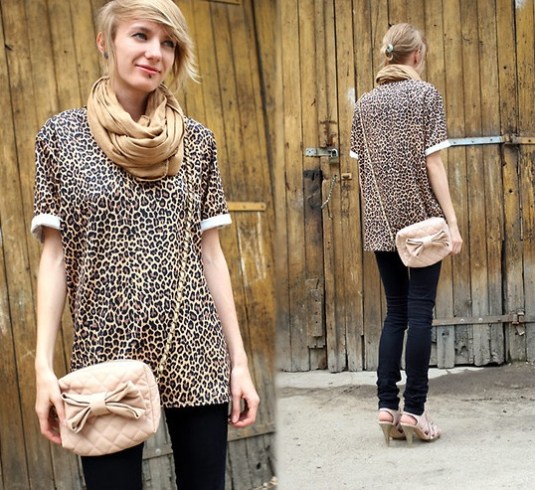 via Elisabeth G on Lookbook.nu

Bow ties on bags are great because you’re accessorizing an accessory, which is kind of postmodern. Honestly, I only recently started carrying a bag around. After several years of insisting that my pockets were enough, I fell in love with a black bucket-shaped tote bag that was wrapped in a large silver bow tie and now I can’t remember what it was like to not take a bag with me. 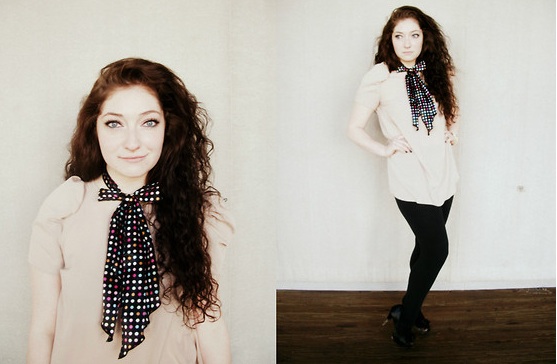 via Maya B on Lookbook.nu

I really hate cold weather, but I really love cold weather accessories. Scarves shaped like bows are totally classy, sophisticated AND functional — and also, they’re not not just bigger, softer bow ties. These also work well as indoor scarves, because most of them aren’t too heavy.

Shirts With Bow Tie-ish Ribbons On Them 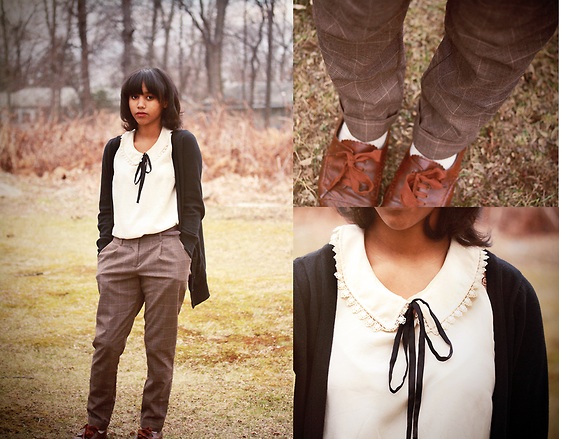 via Randi N on Lookbook.nu

According to my nonscientific research for this post and personal observations of the world, super adorable blouses with built-in bow ties, or things resembling bow ties, are trendy right now.  I used to think that was a tacky thing to do, but I feel like recently designers have figured out how to make it not look tacky, and I couldn’t be more excited. 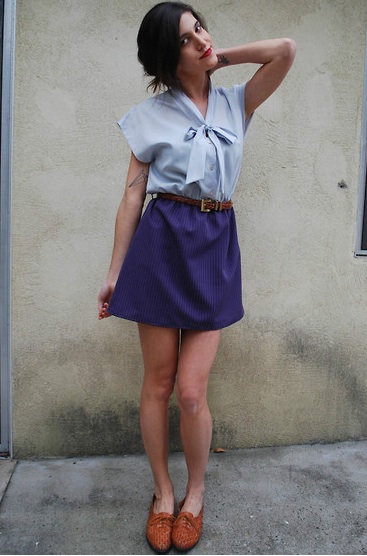 via daryn b on lookbook.nu

What’s not to love about a style named after two of the best things in the world? Pussy bows are big soft bows on the front of shirts or dresses. They’re slightly more feminine than the clothes in the previous section, since they are more “bow” than “bow tie.”  They can be very fancy or just a little fancy, appropriate for a date or for work or the library.

Whether on your collar, on your finger, or whatever else your creative little heart dreams up, a bow tie-inspired accent will definitely make you look like you are ready for anything. What’s your favorite way to rock one?