It’s always such a heckin bummer when I get to write one Boobs Tube headline about a bunch of women kissing on each other’s faces and then the very next one is about a dead bisexual main character. More on that in a second; first, I shall tell you that Sam Green is going to be chatting with Jasika Nicole about the second season of Underground and other good things! Hopefully we’ll have that for you next week!

Plus also, did you read:

+ Riese’s When We Rise review

Here’s the rest of the very sparse week in queer TV. 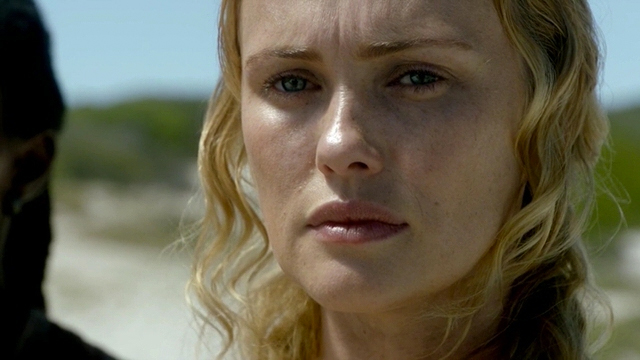 In this week’s episode of Black Sails, just past the halfway point of the final season, the show lost its backbone. Ripped it out, threw it in the dust. Eleanor Guthrie is dead. Beautiful, bossy, bisexual beauty…murdered. By a random nameless soldier. After four years of surviving against all odds, of being strong and smart and cunning. She was uncharacteristically outwitted by her husband, kept apart from the woman she once loved (and maybe always will), and slain. My heart is broken.

I know not a lot of you watch Black Sails. I know a lot of you will only feel the rage of another queer woman on TV murdered to propel a man’s storyline. And that’s okay, that’s good rage to feel. But my rage goes a little deeper, because Eleanor Guthrie was the very center of this show. She commanded respect from men who didn’t even respect the law, loved and lost and fought like hell to get what she wanted. Since the moment we met her, she was making her way from out of her father’s shadow, and she could barely relax ever since.

Here are some things that went down in the past two episodes.

Eleanor found out that Mr. Scott, the first man to see her for the leader she was, was actually using her the whole time. Though this does bring us a great Eleanor quote; she says it to Flint when he says that despite Scott’s trust in her being a lie, she did usurp her father, she did get control of Nassau (until she lost it), she did get herself into a position of power when she did that control. And she says:

+ There’s an invasion on the island – Eleanor’s husband brought Spanish troops to the island. Max is scared for Eleanor and sets off to find her, but never does. She never gets to say goodbye.

+ Jack is pissed that the first thing Max said to him after betraying him was, “I came to find Eleanor,” but she doesn’t care.

+ Max and Anne reunite and Max says she loved Anne but isn’t really sorry for betraying her, so Anne tells her to gtfo.

+ When Flint tells Eleanor it was her husband who brought the invasion, she doesn’t believe him, even though she is always one step ahead of everyone but apparently not this man who once kidnapped her, sure, why wouldn’t she trust him…

+ Eleanor wistfully wonders out loud if it’s possible to live a life of uncertainty if it’s with someone you love (important pause) and who loves you back. As if maybe she’s wondering if running away with Max would have been the better option. If it could ever be an option.

+ Eleanor is attacked by a random soldier. Despite it being her and Madi against him, he kills Madi quickly. (Another strong woman, a woc no less, also killed to give Silver manpain. HAVE I MENTIONED HOW MAD I AM AT THIS SHOW.) Eleanor fights, bless her heart. She fights and fights. She punches and stabs and smashes and shoots and literally lights him on fire. But she was stabbed and even though Silver survived getting his leg cut off and Vane literally died and came back to life once, Eleanor won’t survive this stab wound.

+ Eleanor, despite the fact that she was bleeding out, tried to save Madi as the house went up in flames, but it was too late for all that.

+ The last face Eleanor sees is Flint, and the last thing he does is lie to her. HE LIES. TO HER FACE. So that she won’t know her husband is a monster. I know he thinks he was doing her a favor BUT I DISAGREE.

+ The last time we see Eleanor, she’s dead, a fly is on her body, and her husband holds her and cries like he has any right.

Also I was crying so hard I forgot to stop the video and I watched the behind the scenes clip and the dudes were like, “Ah yeah Eleanor dying sucked I guess but it was inevitable. BUT DID YOU SEE THOSE EXPLOSIONS.” and that made my tears so white-hot with rage they evaporated on my cheeks.

I used to try to justify things like this. Try to see it from a writer’s point of view. Try to understand. Because I thought that was the option that would hurt the least. Surely it’s all a big misunderstanding. But I’ve learned so much over the past year, and now I know it’s okay to say, “You hurt me for no reason, and that’s not okay.” 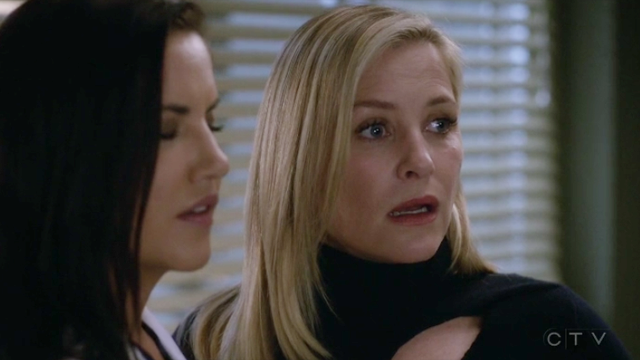 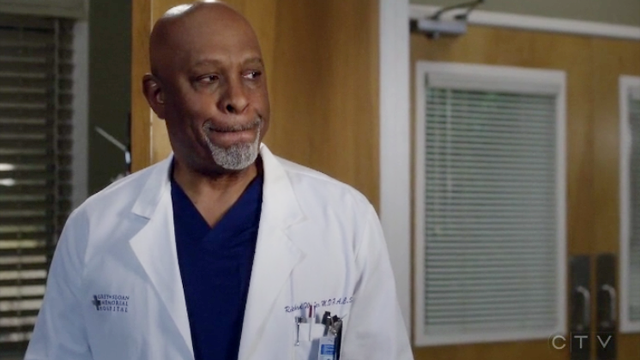 Man, Grey’s Anatomy has done some sad junk over the years, but has there ever been anything as heartbreaking as Richard Webber’s face when he saw Arizona and Minnick getting ready to make out in the on-call room? He was her wing man! Minnick is his ARCH-ENEMY! Honestly, at this point, April, Jackson, and Arizona are the only holdovers on his team. And then he walks in and finds this after he asked Arizona to dinner and she turned him down. I wish he didn’t look so sad. I wish he had just seethed, “Menace!” again and stormed out.

Before that happens, Arizona and Minnick spend the day flirting about perogies how Minnick can speak Polish. They decide to have a quick little nap on the couch before they go out on a real date, but they fall asleep and the sun goes down and the sun comes up and they wake up sitting up, together. Arizona gets weird and says, “I guess we, uh, spent the night together.” And Minnick sweetly says, “I guess we did.” And that’s when Webber comes in.

I flip flop on these guys because I want to see Arizona in a relationship so badly and I like the kind of character Minnick is. The archetype. But their chemistry is weird, right? Not adorably awkward; just kind of awkward-awkward? Also, where is Richard even going to sleep now? He’s not going to take Arizona up on her offer and he’s not going home to Catherine. I wonder if that mattress Callie slept on in that little nook she nested in is still around.