This has been the most emotionally exhausting year of TV I can ever remember, and I’ve been writing about dead fictional lesbians since 2008. In three months, we’ve lost Rose from Jane the Virgin, Lexa from The 100, Zora from The Shannara Chronciles, Carla from Code Black, Julie from The Expanse, Kira from The Magicians, and now Denise from The Walking Dead. Most of those were guest characters, but Denise and Lexa had just professed their feelings to their lovers! They were going to stick around, and be happy!

I’ll talk more about this in tomorrow’s Pop Culture Fix, but Lexa’s death in particular is getting a lot of mainstream media traction, in a way that makes me hopeful we’ll finally see some change. For our part, in addition to Riese’s running list of dead lesbian and bisexual characters and my tiny-by-comparison list of lesbian and bisexual characters who got happy endings (which I am still updating), we’re working on some analysis of queer TV like you’ve never seen before. Rachel, Riese and I have spent a lot of hours combing through the full archives of gay people on television and we’ll have some stuff to show you really soon.

In the meantime, I need Luisa and Susanna to come back to Jane the Virgin and start making out immediately. 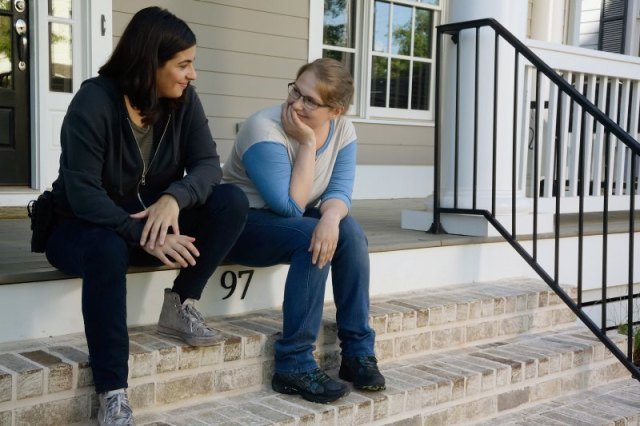 I’m not going to make you look at a photo of Denise with an arrow poking through her eyeball.

Last time we saw Denise and Tara together, Tara was going on a two-week run with Heath and asked Denise if she’d like to come along. Denise said she wanted to, but she really couldn’t – as Alexandria’s only doctor, she really needed to stay close to home. Tara told Denise she loved her, and Denise said she’d return the favor when Tara got home.

Later, I read that the actress who plays Tara is actually super pregnant, and I rejoiced a little bit because that means that Tara will probably be on this run for a while and if Denise is safe in Alexandria, maybe those two will survive the season and love isn’t a lie after all!

Denise tells Daryl and Rosita that she remembers an apothecary way over yonder that might have medications Alexandria could use, and she solicits the two of them to come check it out with her. On the way, she’s cloyingly earnest, oversharing about her family and making a lot of wince-inducing decisions that showcase exactly how inexperienced she is in the post-zombie apocalypse world. Daryl and Rosita don’t seem all that charmed by it, and in fact they appear openly irritated with her. They don’t have much use for a traveling companion who isn’t on their level, and they don’t sugarcoat that fact.

After the team successfully raid the apothecary’s pharmacy and are on the way back, Daryl and Rosita loosen up a little bit, and explain to Denise that they could tell she wasn’t ready to be outside the walls. Denise stupidly tries to break into a car with a walker in it to see what’s in the cooler sitting in the passenger seat; Daryl and Rosita’s frustration is palpable as they rush over to try to save her, but surprise – Denise takes out the walker herself. The cooler turns out to have a single can of the kind of soda she’d been trying to locate for Tara in it. “Hot damn,” she says. She’s actually a little bit pleased with herself.

Rosita and Daryl try to tell her how fucking stupid that stunt was, and Denise rallies back by telling them how pretty much every brave thing they have to do to survive these days is pretty stupid. She explains her reasons for bringing them along, and just as she’s in the middle of explaining what wonderful people Daryl and Rosita are, a fucking arrow flies out of nowhere and hits her in the back of her skull, poking through her eye. It’s fucking Dwight, with Daryl’s stolen crossbow, and he only hit Denise because he still doesn’t know how to use the crossbow properly and his aim isn’t great. GREAT.

Fuck you too, Walking Dead.

It’s a good thing Maggie and Glenn found out about the OB-GYN over at Hilltop the other week, cos it looks like Alexandria is fresh out of doctors. In the meantime, Tara’s out there with Heath somewhere with no idea that her adorable girlfriend is dead. I hope there are more queer women alive on Earth for Tara to find someday (in time, when she’s ready to love again), because the alternative is that Tara is going to die pretty soon and I don’t think I can handle all these straight people by myself. 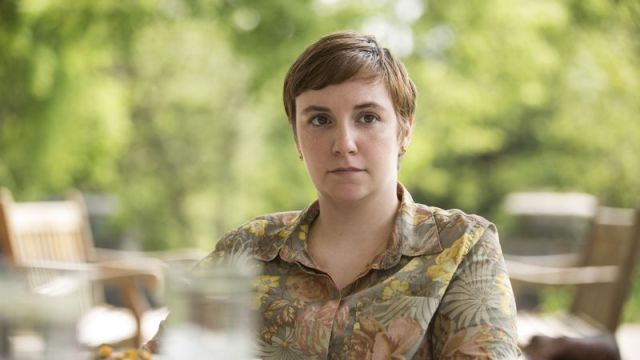 Like why would I date a Jedi Knight when emo Sith Lords are so much more authentic?

I stopped watching Girls when Adam was fucking a girl in the second season finale and he didn’t stop when she told him to stop. I’m uninterested in joining the bonfire of thinkpieces on Lena Dunham, and, in fact, I regret everything I have ever publicly said about this show and Dunham herself. But Hannah slept with another woman this week, so I queued it up on HBO Go and here we are.

It happens, like it always does, when Hannah’s mom convinces her to spend a weekend away at a women’s retreat. She’s struggling because she wants to break up with her super nice guy boyfriend and she’s looking for some clarity. Hannah’s mom suggests maybe she can’t accept other people’s kindness because she and Hannah’s dad were passive-aggressively horrible to each other and to her for her whole life. It’s a thing Hannah rejects, but I mean, she’s Hannah. Her next-level narcissism won’t let her pass up a very easy blame-game scenario. Maybe it is her parents’ fault she always gets in messed up relationships.

It’s the yoga instructor at the retreat who entices Hannah inter her first queer foray. Hannah protests at first, when the instructor kisses her. “You know, I’ve actually never had sex with a woman before. I mean, I’ve done other stuff. I went to Oberlin so I’m not, like, a monster. But my dad’s gay so there might be a genetic —” Next thing you know Hannah’s head is between her legs in the sauna and the yoga instructor only needs thirty seconds to finish. It’s too hot for Hannah, though, and she can’t breathe. Despite her protests, the yoga instructor tries to force her head down, but Hannah extricates herself and leaves, disgusted.

“Fuck nice. Nice is a mask angry people wear to hide their inner assholes,” is the thing the yoga instructor says to seduce Hannah in the first place. Because I can’t even get a goddamn random lesbian hookup this year without the having to witness some kind of nihilistic bullshit and another exploration about the grey ares of consent as punishment.

Even The Fosters killed a gay kid this week! But you’ll find that information in my recap later this afternoon.

On Friday, we’ll check in with all the shows that have smaller lesbian/bi things happening, and Karly will be back to cover Lexa’s funeral. You bring the tissues, I’ll bring the booze.