Like President Obama on the campaign trail in 2008, I cite “community organizer” as my most meaningful professional role. I’ve done other jobs and activist work, but I identify first-and-foremost as an organizer. What exactly is community organizing, though?

If you ask five different organizers, you might get five different answers. The term is credited to Saul Alinsky in Rules for Radicals in 1971 to describe a specific and tactical style of organizing to build “durable power” that is still used today. However, the term has grown to become a catchall for many different styles of organizing and mobilizing and activist work.

(Relevant side note: In an interview with Playboy in 1972, shortly before his death, Alinsky said he planned to organize the white middle class across the U.S. because many middle-class Americans were living in frustration and worried about their future. Alinsky believed that the U.S. middle class could be mobilized to become politically active and he feared that, if not organized, the same middle class could be pointed to a right-wing view, “making them ripe for the plucking by some guy on horseback promising a return to the vanished verities of yesterday.” So… yeah, that happened. #makeamericagreatagain)

At its most basic, community organizing is about building power within a community to create cultural, political, and/or social change. It’s about influencing those with institutional power by building organized movements of empowered people with the goal of disrupting structural inequity. 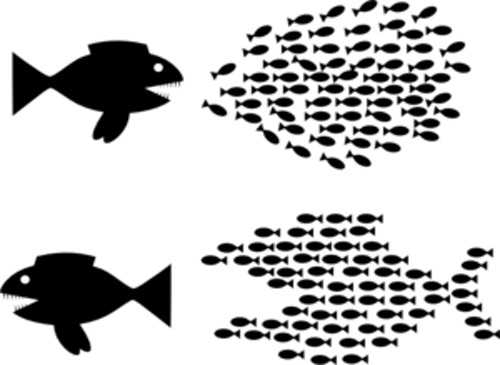 Community organizing employs activism, but activism isn’t the same as community organizing. “Activism” is an even broader term that applies to taking action for a cause, in general. It doesn’t have to be strategic or have a lasting impact.

Often, activists who don’t follow a community organizing model or who are new to organizing start with the tactics, without thinking through the goal or the targets. They start with planning the protest in reaction to the issue. Alinsky devotees would poo-poo this type of reactive grassroots activism. However, I think there’s room in the organizing tent for lots of different kinds of activism.

Personally, I’m a direct action trained organizer, using a model based off of Alinsky’s. I’m not, however, an Alinsky purist. I see the power in the moments when movements rise out of pure reaction to injustice, not carefully mapped out with a strategy chart and a power analysis. Sometimes social justice looks like marching into the street because you just can’t take it anymore and there’s authenticity and truth and magic to that.

Look at the Stonewall riots. Look at Occupy Wall Street. Look at Black Lives Matter. These are moments and movements that weren’t necessarily plotted on a chart. You can’t argue that they didn’t have incredible resonance, that they didn’t shift the conversation across the nation and alter the course of history. I consider this community organizing, too, though I don’t believe Alinsky would agree if he were alive today.

Ultimately, all organizing comes down to employing tactics to get what we want or to make a statement in the service of getting what we want. Some of the most common tactics are the various ways to petition.

Petitioning is a way to demonstrate a huge base of support for an issue. The power of petitions is when a huge number of people are mobilized to sign, flooding the office of the elected official (or other target) with messages of support for your issue.

There are different methods to petition. Here are some common ones and some examples of Trump and Pence opposition petition campaigns happening right now.

Petition campaigns are all about volume and less about the individual signers. The more signatures, the better. If you can deliver a thick stack of petitions to a target, it’s going to be much more effective than bringing a few pages. The only time this isn’t true is if you can get a small number of highly influential people to sign — like other elected officials, celebrities, etc.

Petitions usually have a brief, clearly stated demand or “ask” at the top of the page, no more than a few sentences, with lots of room beneath for folks to sign. Petitions from constituents, people who are actually represented by the target, are more effective, so including a place for people to write their address or zip code or contact info can help. For example, for a legislative campaign, trying to pass a bill, being able to show a legislator how many signatures are from his or her district is much more effective than a petition with signees from all over the state.

As an organizer, collecting contact info on petitions has the added benefit of giving you a way to reach out to those who sign in the future to try to recruit them as volunteers and activists. You can ask if folks would be willing to volunteer in the future as you’re petitioning and have a checkbox right there on the petition if they express interest.

Participate in a Petition Campaign 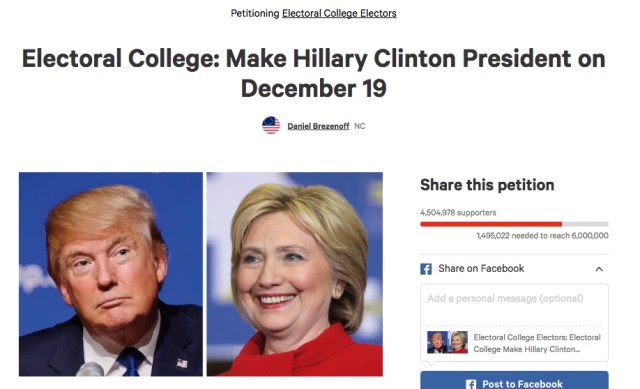 Right now, many folks are circulating the Change.org petition: Electoral College: Make Hillary Clinton President on December 19, which currently has over 4.5 million signers, including me. Consider signing it if you haven’t already and spread the word via social media!

Similar to a petition campaign, postcard campaigns are about volume. They’re also about visibility, as 100 postcards are much more striking visually than 100 signatures on a petition (about 10 pages of paper). Postcard campaigns may operate just like a petition: a brief demand followed by a place to sign. They can then be either sent to the group or individual organizing the campaign, to all be delivered together. Or they can be pre-addressed to be sent directly to the target.

Participate in a Postcard Campaign

The Postcard Avalanche to Denounce Bannon asks individuals to send a postcard to Donald Trump with the message “NOT BANNON!” from all corners of the country between November 26th and November 28th. The goal is to flood Trump with postcards expressing outrage over his appointment of white supremacist, Steve Bannon, as his chief White House strategist and senior counselor. There’s a coordinated social media campaign, asking folks to take pics of their postcards and post using #StopBannon to further amplify the avalanche.

Phonebanking is when an activist calls other people and asks them to take an action (call their legislator, sign up for an email list, donate money, etc.). Phonebanking is often used for Get Out the Vote (GOTV) campaigns or when campaigning for a candidate before an election. It can also be used to get people to call their legislator about a particular bill or for fundraising or any number of things. It can look like everything from a fancy predictive dialer system to working off a paper list of registered voters to canvassing on a busy corner with a cell phone and a script asking passersby to participate.

A phone or call-in campaign is designed to encourage many people to individually call their legislators (or other target) to make a demand. There might be a specific call-in day when everyone calls on the same day, to amplify the amount of noise and disruption the calls make.

Participate in a Call-In Campaign 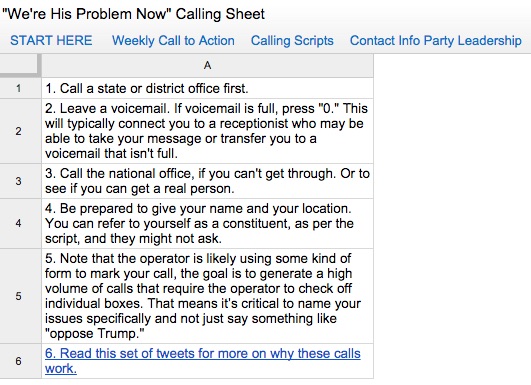 The “We’re His Problem Now” weekly calling campaign has instructions, tips, calling scripts on a variety of issues, and everything you need to contact your Congressional members right now and make your voice heard.

Letter-writing campaigns work like other kinds of petitioning tactics, in that the goal is to get a lot of voices shouting the same thing through signing off on letters. Form letters make it easy to get lots of signatures. Make sure you include a place for people to put their contact info and address to show they are constituents and so they can get a reply from the target. Letters can have an excellent visual impact if you’re planning to deliver the signatures in person.

For a campaign to pass marriage equality in NYS, for example, the organizers created form letters printed on different colored paper for LGBT folks and allies, to show visually when the letters were delivered to elected officials just how many of their constituents, allies especially, were in support of marriage.

Another way to use letter-writing is to encourage people to write handwritten, personal letters. While form letters are counted and noted by an elected official, individual, personal, handwritten letters are more likely to actually be read and replied to in earnest. Handwritten, personal letters show a higher level of commitment and passion than just a signature. For that reason, they’re more likely to make it past staff and to a legislator’s desk.

Participate in a Letter-Writing Campaign 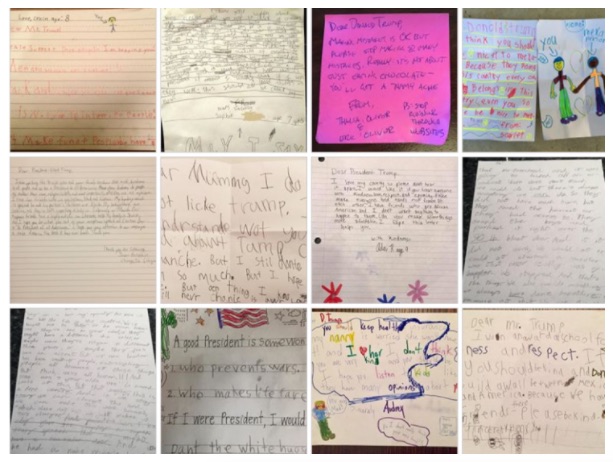 This one is for parents and guardians and folks with kids. Molly Spence Sahebjami created the now-viral Facebook group, “Dear President Trump: Letters from Kids About Kindness” after her own son came to her with concerns about Muslim family members after Trump’s election. Join the group for more info. Letters must be written by children under the age of 18 and be “positive… kind in tone, and nonpartisan.” Join the FB group to see letters or search the #kidsletterstotrump hashtag.

Fax and email campaigns are a numbers game, like most all petition campaigns. The goal is to flood a target with correspondence in support of or opposing an issue. Some people think those “click and send” emails we all get from various groups and organizations don’t really matter. It’s true that not every individual email is going to be read or even looked at. However, any staffer of a legislative office will tell you that those emails are tracked and counted and the number of “for” and “against” correspondence is reported to the representative.

Think of your email like a petition signature, but directly to a target’s inbox. That said, if you want your “click and send” email to stand out a bit more, change the subject line and add your own message to the bottom. Most “click and send” emails give you these options. It still doesn’t guarantee you’ll get a personal response, but your email may stand out slightly more.

Participate in an Email Campaign 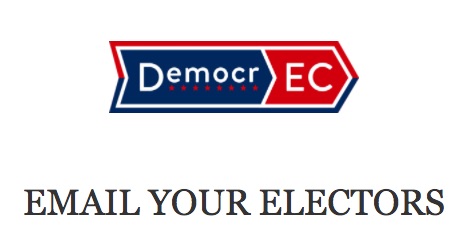 DemocrEC, launched by our own badass nasty women, is a campaign to demand that the Electoral College honor the popular vote and block an unfit president from rising to power. You can email your state’s electors right from their homepage.

Petitioning is an impactful way to flex grassroots power. Don’t let anyone tell you that signing a petition doesn’t matter. It really can. It’s so important, in fact, that the right “to petition the Government for a redress of grievances” was written right into the First Amendment of the U.S. Constitution. Go forth and make your voice heard today!

KaeLyn has written 222 articles for us.