This week on The Real World: Ex-Plosion, Ari wore a lot of bikinis. 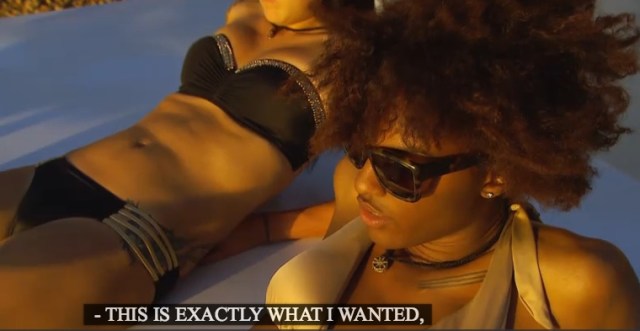 We start off the episode where we left off the last one: Ashley’s visiting Ari. Only instead of cuddling in bed, they’re looking bangable in a hot tub while discussing their relationship with one another. So gay. 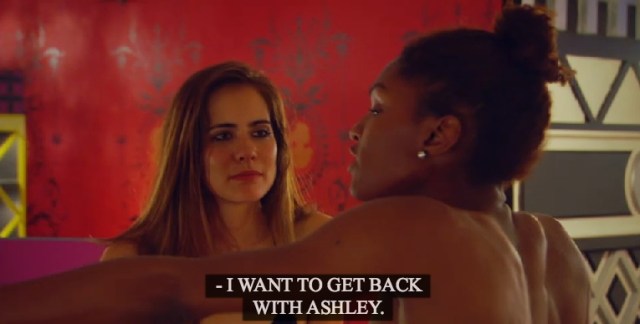 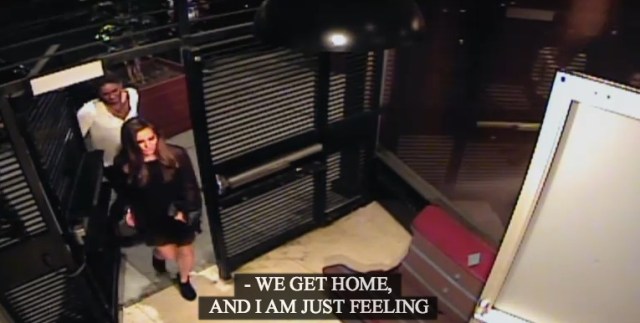 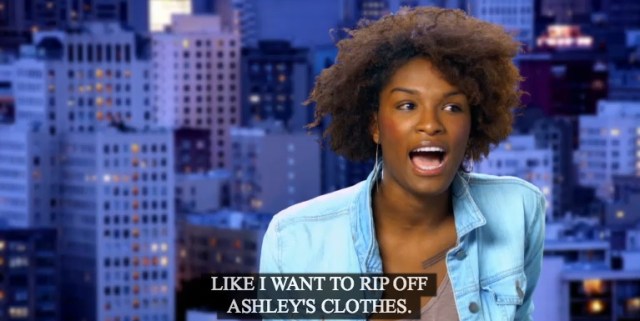 Later on, Ashley hits the road. (But not before one last bump ‘n grind.)

Will they ever meet again? Not for 48 hours, bitchezzzzz. 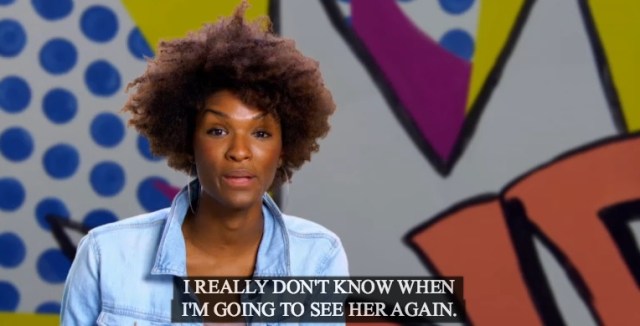 Later on, Jay fucks everything up by messing around with other girls despite a relatively preserved sort-of relationship back home. People vaguely care, but are mostly too busy doing it amongst themselves to give input.

As Cory innocently chills in his sex bed with Jenny, Ari uses her horror filmmaker credentials to pull a sweet prank on Mr. Friends With Benefits. Turns out Cory didn’t enjoy The Grunge like I did, which was by laughing my ass off. 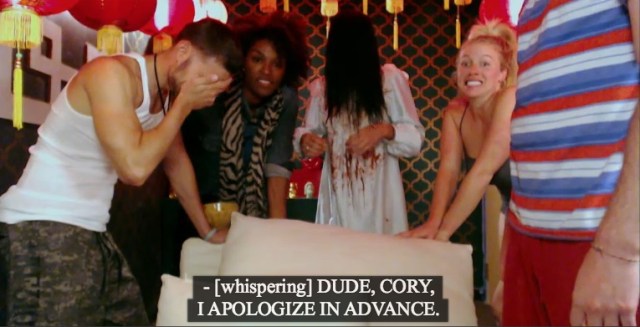 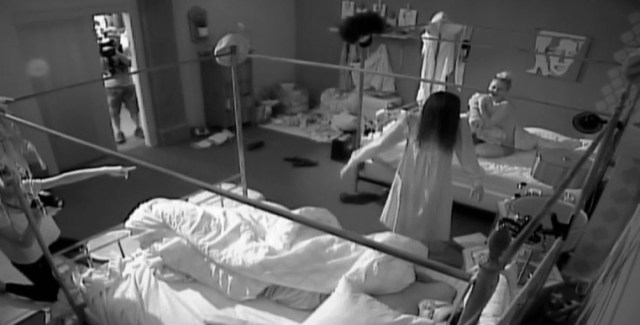 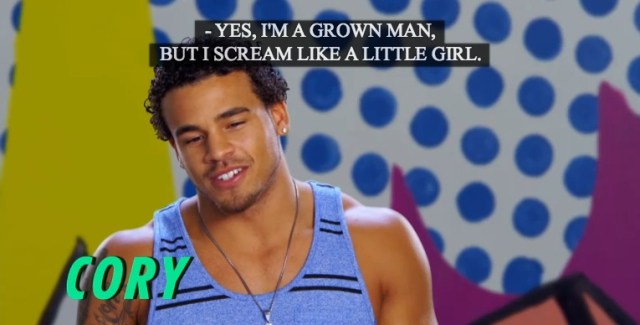 Afterward, the producer calls the house and tells the cast they’re going ON A TWO DAY VACATION (SO THEIR EXES CAN MOVE IN), WOO! Jenny continues wondering when Hurricane Ashley will get her shit, since she apparently never did.

Nobody understands what’s about to happen. 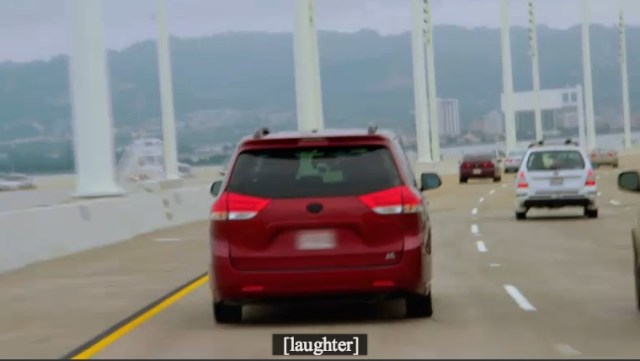 While the housemates soak up the sun on a boat in a body of water far, far away, their new housemates move in. 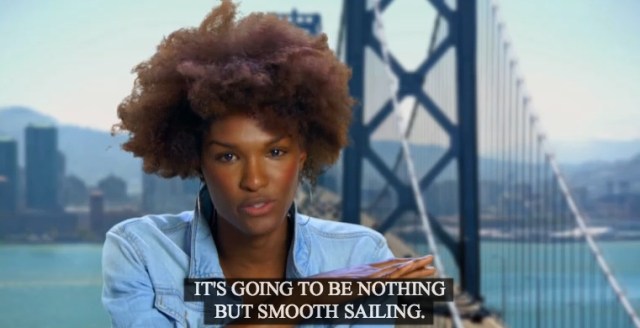 Turns out, by the way, that the exes each think they’re the only new housemate until they discover otherwise. 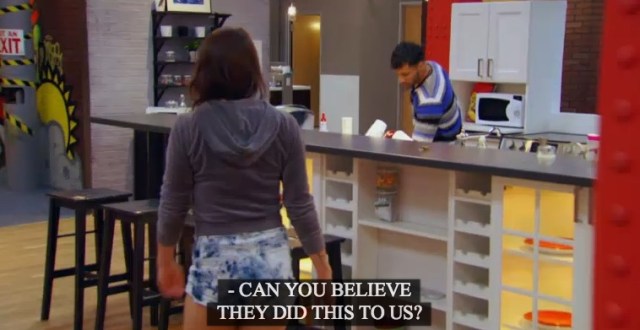 To reiterate: NOBODY UNDERSTANDS WHAT’S ABOUT TO HAPPEN. 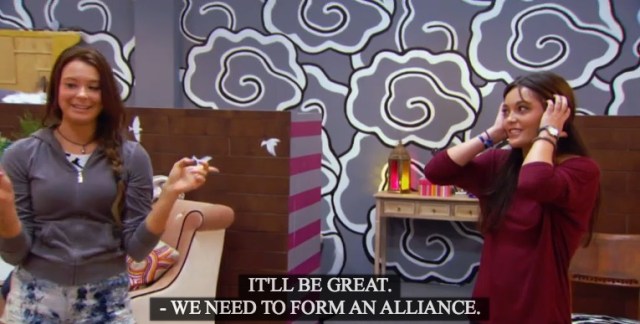 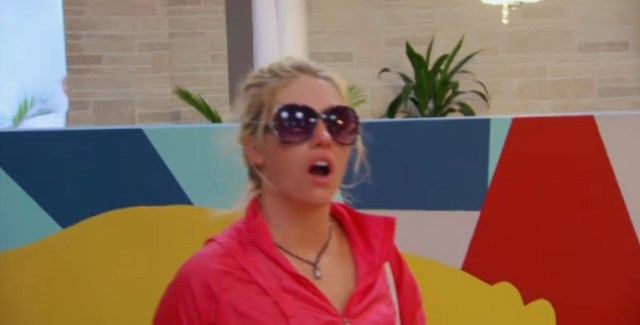 Here’s the questions you had for Ari “In A Swimsuit” Fitz.

Hurt, annoyed… I have very little respect for people who can’t come forward and say, “you know what I fucked up.” It’s a pride and ego thing I can’t get with. Compare that to Tom’s response when Jamie questioned him about the email.

I live and love freely because I don’t have time for lying, hiding secrets. Plus – and Ashley will tell you this – it’s hard for me to lie anyway.

Ash and I have been off and on for three years.

I get hit on by straight women all the time, especially when they learn I’m gay. Didn’t have any crushes in the house at all, really.

What kind of camera do you shoot video with? #AutoAri @itsarifitz

I shoot on a Canon T3i for personal stuff, but typically the DPs I work with have kickass equipment from RED Cameras, Blackmagics and all kinds of toys.

NOTE: This question was deleted after Ari answered it! But the gist was, “Who are your fave filmmakers and when the hell are you entering the festival circuit?” I left it in because she loved answering it!

Festivals, yes. Actually I need to be more aggressive about entering The Anniversary. Plan on entering my next film in a few horror/thriller festivals, as well. Do ya think I got a chance?

Hmm… so let’s see, how about a Truman Show-style horror comedy following seven strangers as they are forced to kill each other or have their loved ones killed in the house next door… except they learn everything isn’t as it seems and in entertainment, everyone dies.

What? Too close to home?

#autoari @itsarifitz is it weird for your current that you're getting so much (deserved) buzz from a movie that you made with your ex?

Great question. I think my current doesn’t have a big issue with my ex.

How do you tame your hair, just wondering? #AUTOARI

I need an entire section on hair, because she needs some work on the show. Every night I braid her in about 4 cornrows and take her out in the morning.

Actually planned on moving to Berlin and was preparing to do just that before getting on the show. It’s still time for me to get out of the country and get inspired.

First off I want to say you have an amazing personality! And where do you get your patience from? @itsarifitz #AutoAri

First, thank you love!! Re: patience… I have no freakin’ idea. I just think it’s easy for me to be relaxed because I’m so focused on the things I’m doing. Like Alexander McQueen, I’m too focused on my own illusions to really watch anyone else. That said, there are two things you don’t mess with when it comes to me, as I state here.

RT @TaraAllender @itsarifitz how does it feel to be able to be so open on tv about your sexuality? #AutoAri

@itsarifitz if you had one wish what would it be? #AutoAri

No but just one wish would probably be to support my friends and family as a film director and media entrepreneur.

Family didn’t react well. I’ve always been the goodie-two shoes. First to finish college, full-ride scholarship to Berkeley, etc etc… My identity made them see my differently for a few months. Once I introduced them to my first girlfriend, they relaxed and realized nothing had changed. I was still geeky Ari.

Welll… they were. The smacking was borderline obnoxious. Lol!

@itsarifitz what was the best part about being on the real world? #AutoAri

I’m living it right now. Getting to watch alongside you guys and introduce all of you to me, my work, my bomb ass friends.

#autoari who was your fav roommate to hang out with during filming?

Prob Jamie. She was hella chill and we got along well. Jenny is just crazy, which made for an entertaining time at all times. Oh and of course, my best friend… my ex, Ashley.

@itsarifitz how fun was that lake? It looked so fun! #autoari

It was dope! My first time on jet skis, too!

First time and lawdddd… so want to go back! But with just one date. No roomies allowed.

I say Tom and I in Amsterdam, because yeah… that’d be dangerous and hilarious. Or Jamie and I in Seoul, Korean food #FTW. Lastly Jenny and I in Brazil, for the beautiful women.

We chose to. Subway offered us a lot of free sandwiches, so it was a no brainer when we were hungover and broke.

@itsarifitz the place you guys went for dinner is it open to the public #autoari ?

Not quite! It’s actually a retired chef’s house who allowed us to join him.

Close with almost everyone. Hard not to, we went through hell and back with each other.

DId @itsarifitz put some love potion in that dinner?! #realworldexplosion

C’mon now, you know I had a plan from the moment I walked in the house. There’s a reason I was born on Valentine’s Day.

@itsarifitz you aren't allowed a camera in the house, are you? Are you gonna make a film with your roommates? #autoari Cory might scream…

I brought my camera because I was working on my second film while living in the house, normally personal cameras like that aren’t allowed. Plus, why not take the opportunity to hear Cory scream like an eleven-year old Belieber.

@itsarifitz on a scale from 1 to 10 how crazy was it when u saw all the exes ?

10. Seriously, no one saw that coming.

I didn’t know who they were at first then Ashley came running up to me, so I just thought everyone was there to visit… After I realized they were there for good, two words: NOT HAPPY.

How did you and Ashley meet? #AutoAri

Met on Craiglist… Not like that. I was buying her concert tickets for the Childish Gambino show.

If she’s not… she’s the prototype. 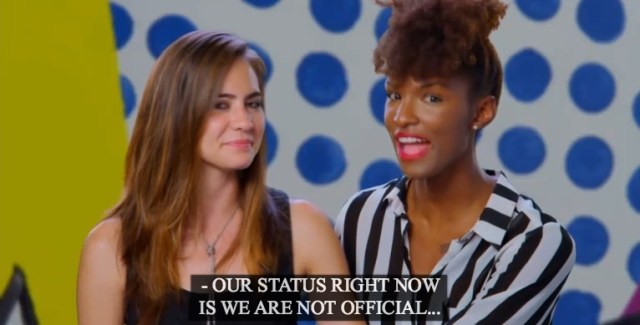 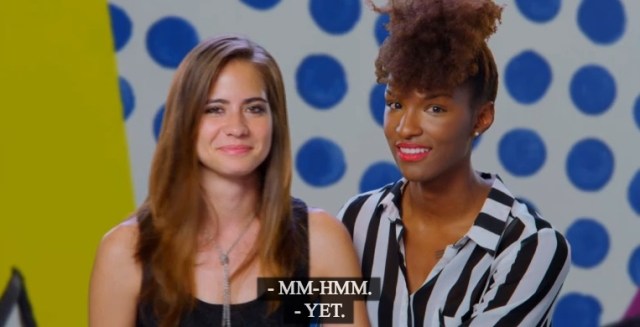 Every week, Ari will pick her fave question out of the bunch and we will reward them with lavish prizes. This week’s winner, @kaiboi25, will be getting “You Do You” stickers!