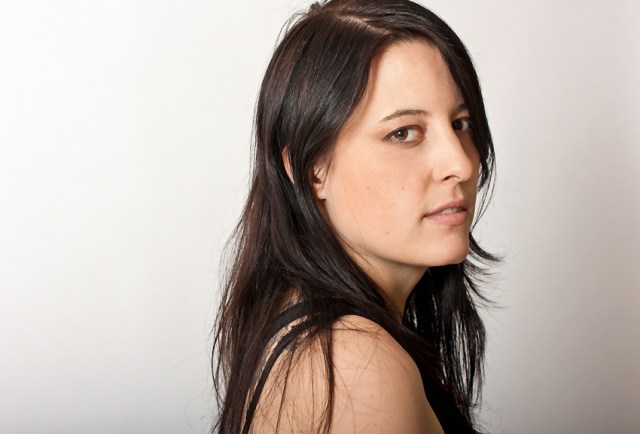 There’s a special space in my heart for Australian born, Toronto based musician Jess McAvoy. It’s been there since 2008, the year she released As The Sun Falls – a stellar record that I must’ve looped every day for at least 3 months. The hook was a dynamite voice and lyrics so honest that they cut deep, as you’ll hear in “The Sailor” below. It wasn’t only the music I admired. Jess was an ‘out’ musician at a time when there weren’t too many in Australia, not who spoke so openly. To this young queer, that meant something.

In 2011, after building a successful career in Australia which included the release of 12 albums and other impressive feats, Jess moved to Toronto where she’s continued work on several music projects including her forthcoming album, The Women. Her next move will be to New York- she’s playing several shows there this month and will migrate later this year.

You perform as both Jess McAvoy and JESMAQ & the THUMP- can you tell me a little about these?

I am currently working on a number of projects simultaneously. I have been performing as Jess McAvoy since I was sixteen so that will never stop- I have twelve records under that name and I am working on a new one at the moment. That will always be my more introspective, pop folk material.

JESMAQ & the THUMP is my rock goddess persona- I’ve been working on her for years- and now I finally have the means and the support to put her out there live. I’m working out the kinks in Toronto so I can transplant JESMAQ & the THUMP to New York City when I move there later in the year. I mostly play guitar, but I sing. I sing, I sing.

The music video for “The Sailor”, from the album As The Sun Falls.

What drove your decision to leave Australia? Was it an easy one to make?

It was a really hard decision to make. But it kind of made itself for me. I couldn’t keep bashing my head against the glass ceiling. It had stopped making sense. I had to get out of the situation to ensure I didn’t destroy my muse. I needed to take refuge and Toronto presented itself.

What has been your most interesting performance or music-related experience?

I enjoyed performing in a maximum security prison when I was sixteen. That was pretty interesting.

Do you believe in ‘guilty pleasure’ music and if so, what’s yours?

I don’t think anyone should hide the joy they get from music for any reason- but I guess my delirious obsession with Celine Dion’s “It’s All Coming Back To Me Now” fits in to that category.

The desire to be better at it, and the need to document moments- and sometimes it’s the only way to capture a feeling.

The last song I wrote was about the women who want a piece of me just for the sake of being around. I’m working on a song for a friend’s wedding at the moment.

I like aspects of it- the real heaviness of it is awesome. And like everything there’s good and there’s bad.

That’s hard. If it truly reflected our personalities and I couldn’t understand WHY they liked the stuff I didn’t, then there’s a problem.

When I’m not making music I’m usually organizing the next professional step. Self managed artists don’t really take the time off.

Either Miles Davis’ Kind of Blue, or Nina Simone, anything with “Feeling Good” on it.

I have had more jobs than I can count. The worst was door knocking for a phone company.

Rage Against The Machine and Imogen Heap.

What will be the name of your autobiography?

“Women Who Run with the Wolves.”

Who is your idol, musical or otherwise?

Currently I’m a pretty big fan of Amanda Palmer as an icon. Hillary Clinton is a BOSS.

Like what you’ve heard? Pick up an album or two on iTunes. Also, Jess is playing two NYC shows this month– at The Bitter End on 19 March and at Zirzamin on 22 March. The latter is with Emma Dean, one of our first ever interviewees. That’s two super talented Australians in one convenient location, New York. What more could you ask for.

A Kickstarter campaign for Jess’ forthcoming record, The Women, will be launched in coming weeks. If you’re keen to back it then keep an eye on the following web places for updates: