Arcade Fire debuted two new songs from their upcoming record, The Suburbs, which comes out this August. “Month of May” and “Suburbs” have now leaked all over the internet, but you can hear the official debut versions at NPR Music. Following Funeral and Neon Bible, Arcade Fire have a lot to live up to. What do you think of the new songs? Let us know in the comments! 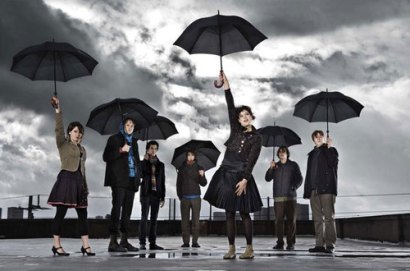 Last Tuesday, The New York Times published an unflattering feature on M.I.A. by journalist Lynn Hirschberg and M.I.A. has responded accordingly. She posted Hirschberg’s cell phone number on Twitter and put up sound clips of the original interview on her blog to expose the apparent liberties Hirschberg took in her piece. Or as M.I.A. calls it, “the truff” (that’s “truth,” people).

While she was cleaning up her reputation, M.I.A. decided to post a new song, too. It’s called “I’m A Singer” and continues with her hard-hitting political themes. Lesson learned? Don’t mess with M.I.A. 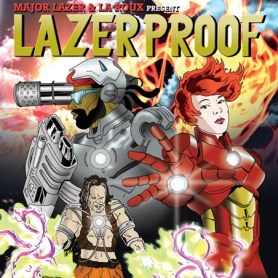 DJ/producer duo Major Lazer has teamed up with English electropop duo La Roux for a mix tape, which they have released as a free download at Mad Decent. It’s good summer fun with collaborations Gucci Mane, Drake, and more! You can download Lazerproof at the Mad Decent website by entering your name, email address, and zip code.

A new song from Kanye West leaked on Friday. It’s called “Power,” and it’s the first we’ve heard from the rapper/producer in a while. “Power” samples “21st Century Schizoid Man” from prog rockers King Crimson. The song includes some jabs at Saturday Night Live for making fun of his Taylor Swift debacle and addresses his reported drinking problem. You can read more about Kanye’s new song at Billboard.com and hear “Power” on YouTube.

Billboard sat down for a Q&A with Janelle Monae about “the inspiration for her unique personal style, the futuristic concepts behind “Archandroid” and previous album “Metropolis,” and the importance of both recording and live performance.” Also Jezebel thinks her new album should have a lot more hype around it.

RIHANNA: In case you missed it, Rihanna’s video for “Te Amo” popped up on the internet last week. Check out Rachel’s lesbosexy summary of its reactions from around the web and watch it below:

+
JOSH RITTER: Singer-songwriter Josh Ritter also debuted a video for “The Curse.” It’s a tragic love story between a mummy and the archaeologist that discovers him. The video was created by drummer/puppeteer Liam Hurley, and I must say, it’s beautiful companion to a beautifully written song. Also, I’m a sap. Read some words about the video from Liam Hurley at NPR, and watch the video below:

+
BIG BOI: Big Boi, one half of Outkast, debuted his video for “Shutterbug” on WorldStarHipHop. It features Tron-like dancers, a sneaker mountain, Muppets, a wall of solo cups, a technicolor Rolls Royce, and a decapitate Big Boi. What’s not to like?

+
VAMPIRE WEEKEND: Indie rockers Vampire Weekend poke fun at themselves (and their critics) in their new video for “Holiday.” In it, they don powdered wigs and do as the rich do: play golf, hit the beach, and eat delicious food. Are you feeling the Vampire Weekend boys’ wit or did they miss the mark? Let us know in the comments.

+
LIL WAYNE: Before Lil Wayne headed to prison, he reportedly shot almost a dozen videos in three days. He debuted four of them on MTV this past weekend: “Runnin'” featuring Shanel, “Da Da Da” featuring !MAYDAY!, “Get A Life,” and “Knockout” featuring Nicki Minaj, which you can watch below. Is Lil’ Wayne a rapper? I know the answer is yes, but these sound like auto-tuned pop punk to me. See all four Lil’ Wayne videos here and watch “Knockout” featuring Nicki Minaj below: