The Ancient Greek pantheon, though upsettingly low on the lady loving women considering the rampant male bisexuality going on, does has a surprising wealth of asexual and aromantic goddesses. Here are two of the most important. 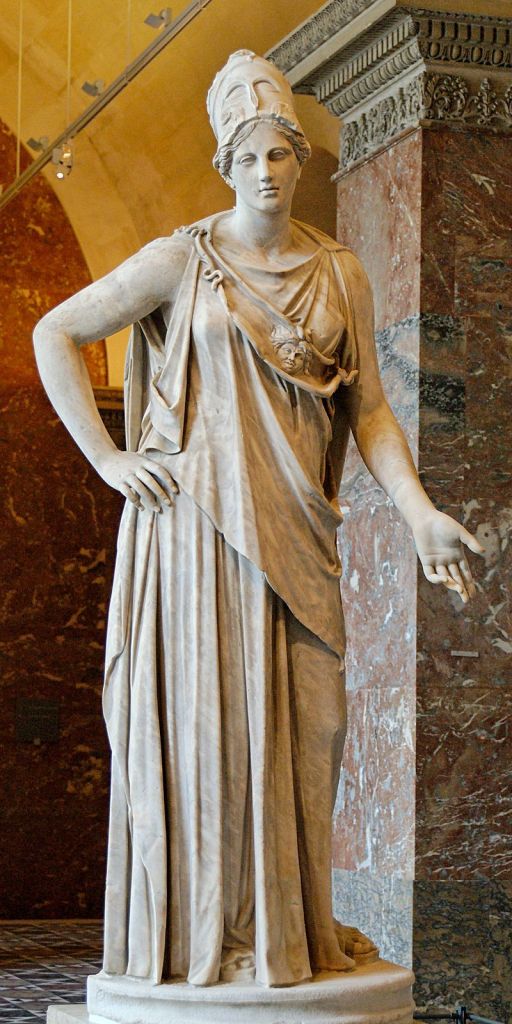 Like Dionysus, Athena had an unusual birth. The child of Zeus and Metis, goddess of wisdom, Zeus swallowed her mother during pregnancy as an alternative to abortion. There’s a parable here about the modern anti-choice movement, but I digress. Athena somehow made her way to Zeus’ cranium where she had to be extracted by way of a combined caesarian-trepanation. Unfortunately, because the ancient Greeks couldn’t imagine women who weren’t also cartoonishly evil actually being angry with men, Athena never held the whole ate her mother thing against him. Instead she became Zeus’ most loyal and useful child, actively rejecting sisterhood with women in order to champion the rights of men.

“For there was no mother who gave me birth; and in all things, except for marriage, whole-heartedly I am for the male and entirely on the father’s side.”
Aesch. Eum. 711/

The reference to marriage there is, sadly, not a sign that she supports battered wives but rather her steadfast refusal to marry and submit to husbandly authority. (That quote is actually an extract from a speech about how she feels men may murder their female relatives with impunity but murdering those men right back is the greatest crime of all, because Athens was a terrifying place to be a woman).

Athena is the goddess of war and wisdom, which might seem like an odd combination to us but insert joke about classical Athens voting for Trump here. She was also their patron goddess, which, as the most misogynistic of the Greek city states, seems like a bit of a head scratcher but is probably a result of their having started out with only the standard level of patriarchal foolishness before evolving into the farcical woman haters we know and love.

(If it seems like I hate ancient Athens, it’s because I do. They stopped letting women go to funerals or have their own names for fucks sake. Up Sparta)

Like Artemis, Athena achieved a promise of perpetual virginity from deadbeat dad Zeus. Unlike Artemis, who immediately absconded with a band of polyamorous murder nymphs into the mountainside (for the ancient Greeks remember, girl on girl sex was both compatible with virginity and a grave threat to society), Athena seems to have no interest in sex or romance at all. Her favourite companions are men, preferably clever or funny ones like Odysseus, but she always retains a certain degree of detachment, preferring to act as a patron or mentor rather than bosom companion. While there is one frieze from the parthenon that tried to portray her and Heracles, her mortal half brother and one of her mentees, as flirting teenagers this reimagining of her character and their relationship doesn’t stick. As much as Athena preferred the company of men she had no interest in hand holding, kissing or staring lovingly into any part of their anatomy. 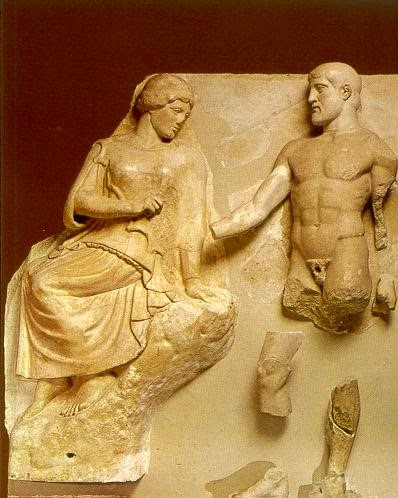 For all of the internalised misogyny Athena was rocking you cannot deny her stone cold competence. Whether you’re starting a martial arts class or you need help with your crochet Athena’s got you covered, along with anything else that requires skill or practice. Trouble with your homework? Pray to Athena. Really not interested in the man talking to you on the subway? Well, probably call on Artemis for that one but still, that’s a hell of a workload.

Seen as the most pointless goddess by probably the same people who think housework isn’t real work, Hestia is the goddess of the hearth and home as well as the mythic embodiment of ancient misogynists’ mommy issues.

Hestia served the same function on micro and macro levels for the family and the state. The hearth was the symbolic tie binding those groups of people together and so if her sacred fire ever went out it was a portent of disaster. This is also why, even though she’s the goddess of housewifery, Hestia never marries. She never has sex and she never gives birth. 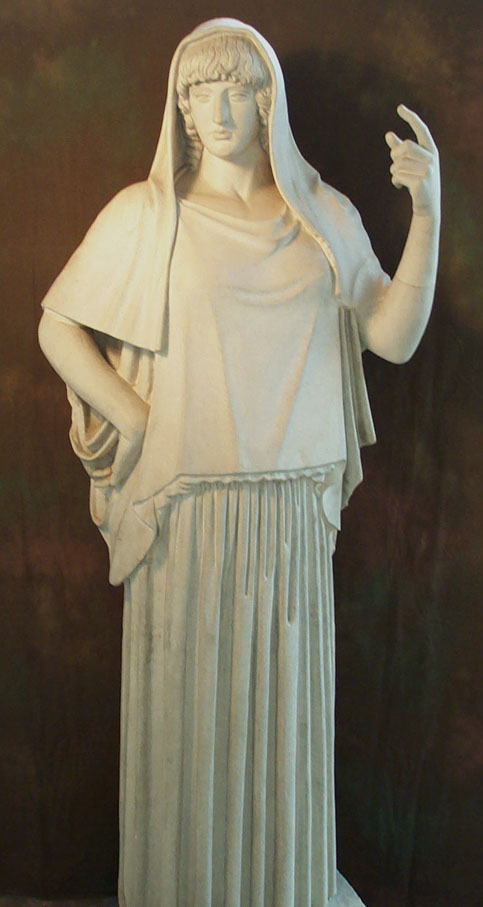 One of the many psychological crises ancient Greek men had around women was anxiety over where their familial loyalty lay. Obviously a son would be loyal to his father and so on but women — ah, women! — they left their natal family to join another. And then they made more humans inside of them that belonged to that new family they’d joined. Women, to the ancient Greek mind, suffered from an inherent conflict of interest, and would probably side with the family that bore them when push came to shove.

To be a Good Woman mortal women had to marry and bear legitimate children. Hestia does not because as the archetypal good woman and embodiment of domestic harmony she cannot have the conflict of interest that marriage creates. She’s a nice, uncomplicated way for men to view ideal womanhood – an ideal that mortal women cannot reach because they lack the extenuating circumstances of her divinity. Hestia is perfect because she doesn’t have to be. Mortal women cannot be perfect because they do.

But at the same time Hestia is wildly subversive — it’s just that Greek male society never noticed. Hestia is everything that a woman should be except that she isn’t. Hestia is soft and gentle and homely. Hestia is the embodiment of home. Hestia refuses to become a vehicle for men’s reproductive wealth. Hestia is in control of her own body, her own reproductive experiences and her life. She refuses to reduce herself to an incubator to increase a man’s wealth — and that’s not my own view of reproduction, it’s explicitly the Greek’s, and one that we carried forward from them for centuries to come. According to the Greek philosophers a child had no relation to his mother; women were merely the fertile soil in which men’s children could grow. Hestia has no desire for a child and no desire for romance. She’s happy as she is, with the love of family and friends and useful work to do. 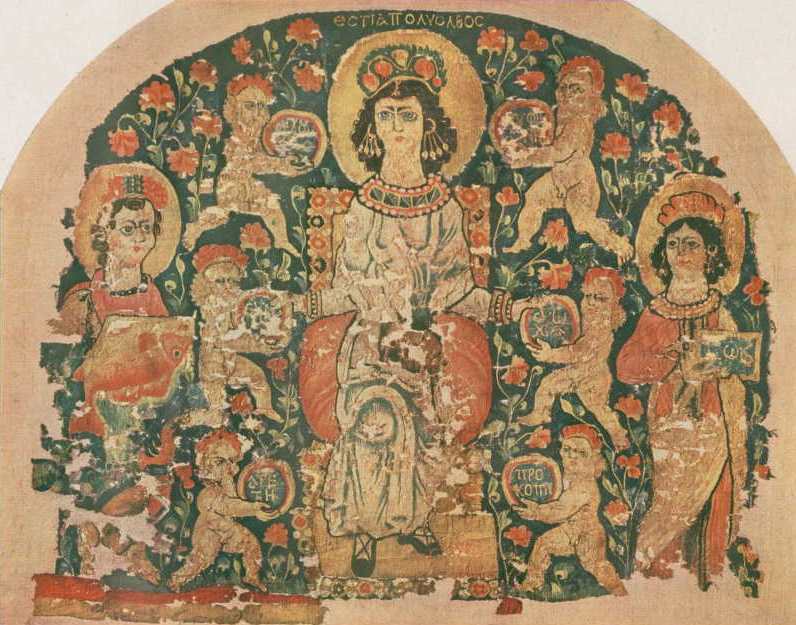 Hestia is a femme who says that her femininity is not for male consumption, is not for anyone’s consumption at all. Hestia is a femme whose identity and actions are for her own pleasure and her own needs, even where they involve caring for other people. She’s a femme who embodies everything that the patriarchy says was built to serve it while refusing to submit to that yoke because it doesn’t serve her. She’s a feminine, femme woman content with her own company who doesn’t want or need romance to be complete.