There are quite a few different brands of anti-gay arguments — the “for the children” alarm, the “Adam and Eve, not Adam and Steve” appeal to tradition, the faith-based finger-wagging. Pretty much all of these are baseless upon close (or even perfunctory!) examination. Even the anti-gay groups know it, which is why the Family Action Council of Tennessee employed some creative campaigning back in May: what if, when we talked about gay people, we made it sound like we were worried about economics? 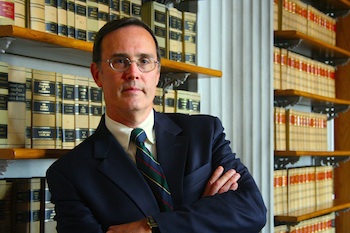 Earlier in 2011, Nashville passed a non-discrimination ordinance that included gender identity and sexual orientation. But even though it was generally well received, the Tennessee Chamber of Commerce worked to have it invalidated, pushing through their own legislation that dictates that “no municipality can extend non-discrimination protections beyond what the state offers.” That sounds a lot like it’s designed only to make life harder for people who are currently routinely victims of discrimination because of their gender identity or sexual orientation, but the Chamber of Commerce insisted that it was actually about competition.

Now, documents that have become public as part of a lawsuit filed by pro-equality activists over the ordinance reveal that there was more than concern about freeing up the market going on behind the scenes. Emails reveal that the Family Action Council of Tennessee was deeply involved in repealing the non-discrimination ordinance, and that even if anti-gay sentiment wasn’t at the forefront of the public conversation around non-discrimination in Nashville, it was certainly at the bottom of it. Excerpted from an email written by David Fowler, president of FACT and a former state senator:

“Please do NOT pass this on to anyone who you think might in the slightest pass it to anyone else,” Fowler continued later in the email. “We’ve learned that some folks we thought were friends cannot be trusted and we don’t need the Chamber backing off because it starts to appear to be too much of a Christian, right wing, homosexual issue rather than a business/economic issue.”

Fowler wrote the group again on Jan. 29 after meeting with chamber officials.

“I felt it was pretty clear that they did not like the ordinance but didn’t want to come across as homophobes or send the country a signal that Nashville was not a great city for all people — was inclusive,” Fowler wrote. “In my opinion the Chamber is clearly trying to document ‘good reasons’ to oppose the bill that anyone with any common sense, regardless of where they stand on the ethic of homosexual conduct, could see are valid concerns.”

Is the Chamber trying to find economic language to couch a disapproval of equality for gay people in? Or is the Chamber of Commerce genuinely concerned somehow about the effect on free market capitalism of non-discrimination ordinances? (If so, why are they talking to the Family Action Council about it?) Either way, Fowler and FACT seem to have hit upon what they feel is a winning formula: the majority of people are actually totally comfortable with anti-gay sentiment, just not the social consequences of being “politically incorrect.” So as long as you can find “good reasons” to pass anti-gay legislation that doesn’t directly reference “the ethic of homosexual conduct,” you’re golden!

Unfortunately for Fowler, as the fact that these emails came out during a lawsuit reveals, he’s wrong about that. Although he wrote to Republican senator Mae Beavers saying “Will the homosexuals be upset? Sure. But to be honest, they seem to be rather resigned on this bill.” In fact, activists are working hard to put this bill to rights, and Fowler’s own words are extremely compelling evidence that anti-gay animus was in fact at the root of the bill — which will hopefully help our side win its case. How’s that for just desserts?