This week, one of our anonymous reviewers tried out the Ambrosia Vibe, sent to us by Orgasmatronic. 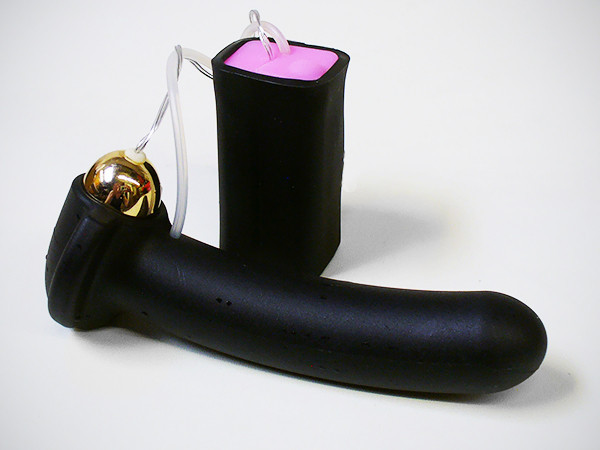 It was hard not to get excited about the Ambrosia Vibe when its crowdfunding campaign was announced on Indiegogo last year. Biohacking and biofeedback? Yes, please. The campaign sailed past its original ask of $32,000 and concluded in August with more than twice that.

Unfortunately, my enthusiasm was tempered somewhat when the first toy they sent me broke in transit, which then happened again with the replacement set. The Orgasmatronic team have been fantastic, however, and they sent me the newer, sturdier Ambrosia Vibe 2.0 to test out.

How Does It Work?

The Ambrosia 2.0 has significant improvements over the original design: the control box is now housed in silicone, which is more durable, hygienic and pleasant to the touch than the hard plastic casing it used to have. The harness clip is also a lot more secure, which makes the control box less likely to fall off when in use (which is exactly as annoying as it sounds).

Okay, But How Does It Work?

The Ambrosia is designed to do a great many things, in theory: 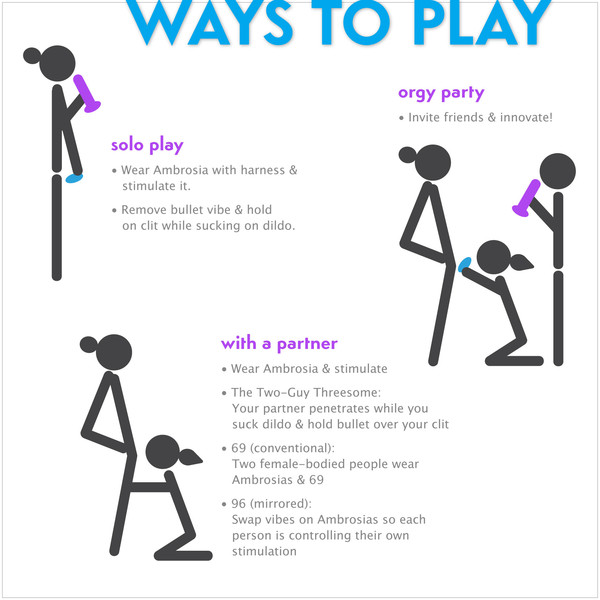 We also didn’t have much luck using it for penetrative sex because we found it too hard and awkward to control, much more than it was pleasurable. Your mileage may vary, though — the Ambrosia was designed (in part) with pegging in mind, which we didn’t try, so maybe that’d do the trick for you. Annoyingly, using lube/water can clog up the sense tube. The very brief instruction manual says to rinse the tube if this happens, but because the tube is so narrow and one end of it can’t be detached from the control box, the only effective method of clearing it we found was well, sucking it — not quite what I thought I’d be doing with my mouth on this toy. 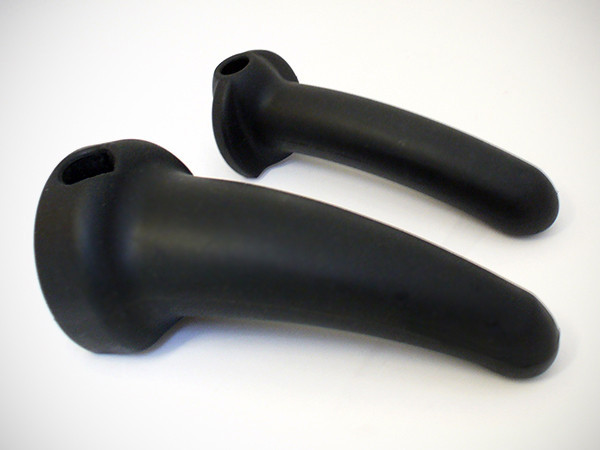 The Ambrosia Vibe Bionic Strap-On 2.0 is built on a great concept but unfortunately it’s not quite there yet. I wonder if the crowdfunding campaign pushed it too quickly into mass production when it could’ve done with a few more rounds of testing and development (which I hope are still in the works!), especially for something with a $199 pricetag. To be fair, we didn’t use the Ambrosia in as many creative ways as the toy might allow for, but that’s the thing: it felt too cumbersome to try out in different positions. I’m excited about the future of the Ambrosia, but for now, this one’s going back into the box.