I keep forgetting what day of the week it is and when I’m supposed to be putting these roundups together for you! I’m blaming the fact that my children are still out of school, so every day feels like an incredibly drawn-out Friday, which is fine but so disorienting. Yesterday my very first born person turned 18 and I didn’t cry! Not even a little! Now he’s officially the only adult male that I don’t dislike at all. I hope if he needs to update an online profile sometime, he includes “Singular exception to my mother’s comprehensive misandry.” #blessed

Please enjoy these high quality links that I have selected for you on this fine Thursday!

+ Get involved with 50 Bills 50 States to fight against LGBTQ youth ‘conversion therapy.’

+ Huffpo had this study, Dietary Patterns during Adulthood among Lesbian, Bisexual, and Heterosexual Women, in a link roundup titled “A Look Inside Queer Women’s Kitchens” and sadly, it is not a post full of pictures of queer women’s kitchens. But it is interesting! Meanwhile I think I’d like to do a gallery of queer kitchens, so make sure you’re ready to submit to that.

+ The Turn-of-the-Century Lesbians Who Founded the Field of Home Ec. Bless.

+ Why Draught-Resistant Farming Could be a Feminist Act in Lesotho.

+ For the Missing and Murdered: A documentary about creative activism for Indigenous women’s rights.

+ The Artists Recreating the Tarot Deck for the 21st Century.

+ Mutha Magazine has an interview with the authors of Baby & Me, an accessible, diverse, informative book for pregnant people.

+ Meet the Vinyl Club Resisting Patriarchy One Record at a Time.

+ Subscribe to The Dry Down newsletter. It’s about perfume, but it’s about being alive right now, really. I think you’ll love it.

An actual shower beer, brewed specifically for drinking in your shower. 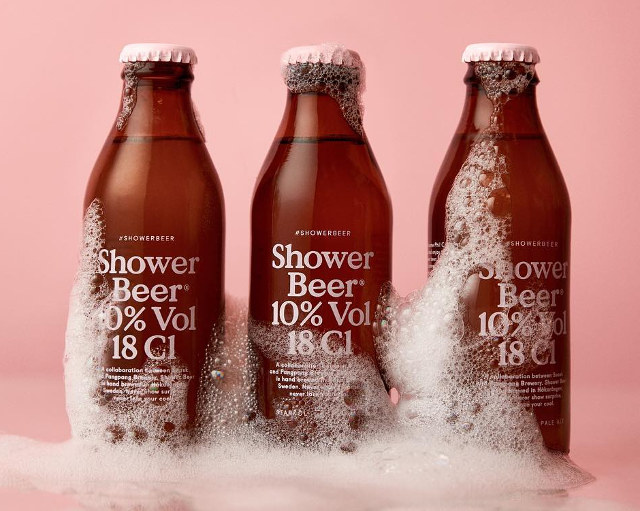