Hello kids! I want to go get half-price candy at CVS. But first let’s recap all the news we missed this week!

It’s been a trying week, so let’s start off strong with this week’s hero/shero pair: Bill and Melinda Gates. Applause, everyone, for the kind and loving people who sent me to college and just gave $500,000 to marriage equality efforts in Washington state.

The good news goes on, though. Studies confirm the competence of gay parents, even in tough situations, and perhaps that they make even better parents than people who aren’t in same-sex relationships. And the Court of Appeals last Monday refused to hear a challenge to the gay marriage law in New York state. 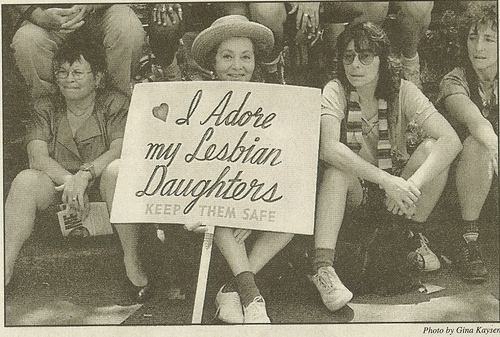 Also, the Boston Globe just endorsed a gay dude named Richard Tisei for Congress and he might be the first openly gay Republican to ever be elected to Congress ever. He’s 50 and he actually doesn’t always suck! So maybe that’s a start. And in Iowa, the state Supreme Court Justice David Wiggins, who ruled same-sex marriage legal in 2009, may actually overcome the insane people around him!

“It has changed our culture,” roared Bob Vander Plaats, a conservative activist and leading force behind the campaign, heaping criticism on the court’s decision. “It has changed our foundation. It has changed the structure of the family to make marriage mean absolutely nothing and to mean anything you want it to be.”

Two years ago, Mr. Vander Plaats’s points met scant resistance. As a result, three of the justices in the 7-to-0 ruling did not receive enough votes to be retained and werebooted from the court. It was the first time voters had ousted justices since Iowa instituted a merit-selection process half a century ago.

This is all so fucking exciting y’all! Maybe if I had the Lambda Legal app, I would know more of these things sooner and in a more convenient way. Or I guess also if I watched TakePart TV’s series with Dan Savage, maybe. But can I divert your attention for a second to be jealous that Ellen Degeneres worked her sexuality out by talking to Madonna? You guys, I love Madonna.

This one’s for you, Madge.

This week some stuff happened also that makes me feel uncomfortable! Like remember that time the dude who fucked up Katrina dissed Obama for actually doing something about Sandy?  That’s just embarrassing for him, if you ask me.

In Ukraine, an anti-gay law enacting punishments for the “promotion of homosexuality” is making moves after an initial approval. Also, further confirmation that Mitt Romney is a shitty human surfaced by way of his apparent hatred for gay families! But that’s still not as scary as the young man from North Carolina who claims he was physically and verbally abused for months via members of his church detaining him and holding him in a churchdormitory. What the actual fuck? Chad Garber can probably relate since his Kansas church is no longer allowing him to be in the worship band because he’s gay, despite having been with them for six years. They sound like awesome friends!

If you’re in need of a good facepalm, CNN thinks women’s hormones do the voting for them. Or I guess when you realize that the gender gap begins a year after college and you’re completely, totally fucked. But maybe that’s just me.

This week things were also written out on other websites that just kind of are interesting reads: a column about a lonely lesbian at Harvard, or the really curt advice of Prudence when asked to advise someone on a relationship with someone in the closet, and these instructions to make homo Eagle Awards! Paging Katrina Casino. 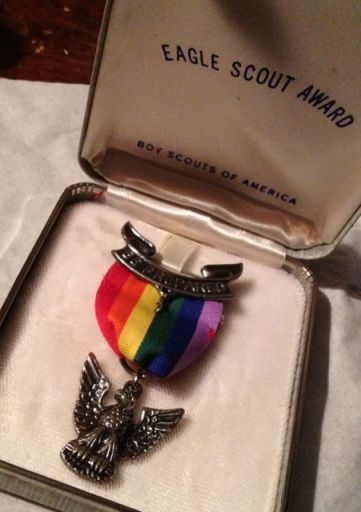 You may also love “An LGBT Guide to Election Night” from LGBTQNation.

Also, if you ever wondered, Ian McKellen thinks being gay is what made him a good actor:

“When you are made to feel you are so wrong for being who you are, that’s what you do.”

“I think that’s why so many great British actors are gay – we spent so long pretending to be straight, to be someone else, that eventually we became very good at it.”

Sir Ian, familiar to younger filmgoers as Gandalf in Lord of the Rings and Magneto in the X-Men films, asked the pupils not to use the word “gay” as a term of abuse.

The actor told pupils he “wished that every child, every teacher, every person in this room can be free to be who they are, whatever their sexual orientation.“

AND IN BREAKING NEWS: Salon just published an article about Channel Orange and Frank Ocean coming out that would have been great if it had come on time.

I Can’t See My Haters

And Canada’s always got our back.