Hey so I need to talk to y’all about something! I have this weird phobia of direct eye contact with large predatory animals, and I’m wondering if any one of you might, too. I’ve done lazy google searches to see if this is even a thing, but haven’t found anything close. It’s not just a fear of large cats or sharks or eagles (?!?) in a general sense — I absolutely love all of these beasts, it’s just the eye contact, and super bonus points if their mouths are open. If I see a photo where a lion is looking directly into the camera lens, I actually fear for my life, for some reason? I hide my face and have to think of turtles or clouds. There’s a scene in the new Jungle Book preview that involves a panther staring at the camera and I CANNOT. Even cartoon animals! I totally 100% believe they’re about to maim me.

Friends, what is this?

I can’t turn it off or even sit uncomfortably through it — I’ll get lightheaded and scream — I have to cover my eyes as soon as possible. It’s really special.

Let’s talk about your weird-ass phobias! Or normcore phobias! Do you have any? Do you know the name for mine?

Hopefully this will cleanse our spirits and usher us gracefully into our glorious spring weekends!

+ The Suicide Kale World Premiere is This Weekend in Houston! We’ve lapped ‘excited’ and sprinted on into ‘elated’ or even ‘breathlessly anticipatory’ at this point. You have to go!

+ What It Feels Like For a Queer North Carolinian.

+ Both LGBT Seniors And Young Adults Will Live In This New Hollywood Housing Complex.

+ 10 (Un)documented Black and LGBTQIA Activists You Need to Know.

+ I’m sorry in advance for how real this is: Things I Have Mistaken for a Personality Trait Over the Years by one Ms. Mallory Ortberg.

+ Laura Jane Grace on the title of her memoir.

+ Hello excuse me I’d like to swan dive into this lake and backstroke until the next sunrise: Why Are We So Scared of Teenage Girls?

+ Siri Now Capable of Discussing Sexual Assault. I know this is progress and I’m genuinely glad but also I want to throw rocks through windows re: the fact that we even needed to bring this to Apple’s attention AND ALSO that we even need it at all! Wheeee! Thinking about clouds and turtlessssss.

+ Confessions of a Radical Doula: Why is the delivery room the one place where a woman doesn’t have control over what happens to her body? Preach preach say the words yes.

Leah walks us through basic hospital regulation: induction, triage, rotating nurses, hospital gowns, nothing to eat or drink, timed labor. How to outwit them? How to avoid interference, sneak in some crackers or juice or soup, get out of bed and move around, indulge all the healthy, normal impulses of the body? Decent birth under regulatory control would seem to call for a combination of espionage and luck. Don’t get on the nurses’ bad side, Leah advises. Make friends with the nurses.

Two trainees realize they had the same OB at the same Manhattan hospital, and giggle about how she’s known for marching into the room literally swinging her forceps.

Oh, and what about Dr. R—? He comes in and stands there while you’re pushing and goes, “Don’t make me cut you.”

I would have liked to have given birth at home, another says, but my husband wasn’t okay with it. Others nod: Of course your husband has final say.

I get a sinking feeling. This is not my beautiful roomful of furious radicals.

+ The Golden Child is a beautiful photo set. Get lost in it. 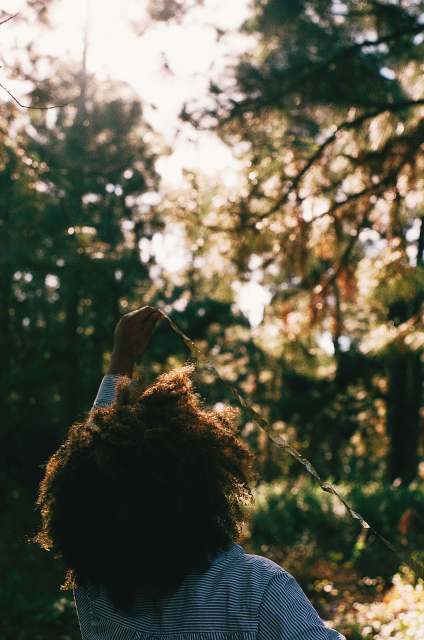 + I Am The Best Damn Mother on the Planet.

+ German Railway Company Plans to Introduce ‘Women Only’ Train Cars and I rejoice.

+ Walking the Length of the River: Spiritual journey calls attention to contamination of the Minnesota River.

+ So here’s your must-read: Heather by Melissa Gira Grant.

Last summer, Neal Falls tried to murder Heather Saul — and police suspect she wasn’t the first escort he targeted. After killing him in self-defense, she was hailed as a vigilante hero, flooded with support, and turned into a symbol of the perils of sex work, but she wasn’t ready for any of it.

+ ABORTION STUFF: Medication Abortion is Now More Accessible Than Ever! But then again, Anti-Choice Activists are Tricking Teens Into Signing Away Their Abortion Rights.

+ Why don’t you listen to Tacocats? Gillian Anderson and mansplaining are involved. You will like it. Just do it.

+ Vice Talked to Whoopi Goldberg About Her New Weed-Infused Edibles. Related and also very relevant to your interests: Americans are buying tons of legal pot, like, so fucking much.

+ Oh my god this Innerspace-ish shirt is the coolest thing ever forever: Peek Inside Your Body With an Augmented Reality T-Shirt.

+ What to Eat When You’re Drinking, so your hangover won’t be so terrible! Look at you, thinking ahead.

+ Ugg: The Look that Refused to Die.

+ 13 Facts About Raffi because I love you and also Raffi.

+ Homeschooling Without God, as you do.

+ A top politician is very cool with saying that Australia was “invaded” by the British, versus “discovered,” and by golly if some people are just super pissed off about this.

+ Who Can Change American Universities? re: campus racism.

Can no longer speak.