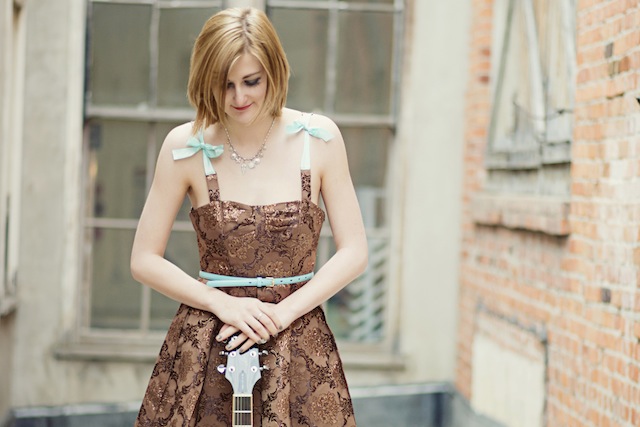 Max Campbell is an indie-folk musician hailing from Montana who’s been making music since elementary school when her and her sister formed an undoubtedly rad band in their family basement. Max cites her influences as being some of the acts you love, such as Tegan and Sara, Now Now and Sick of Sarah. Last week she released a brand-new EP, Wings, which has been shaped by feelings associated with growing up and moving on, the love and the people who affected her along the way.

What instruments do you play?

I sing and I play guitar. I have been playing for about eight years. I can play the bass and the ukulele but I generally stick to guitar.

Which track would you most like our readers to hear?

“Because Of You.” It’s the single for my new EP. I wrote it for my best friend to whom I dedicated the entire album.

Originally I wrote because it was the only thing that made me feel alive. You could call me a music addict and at one point, simply listening wasn’t quite enough. Music has given me a reason to live through some of the toughest points of my life. Now that many things are easier I write about anything that I don’t quite understand. I write as a means to vent and as a means to understand how I feel. So in my life, that is basically any emotional crisis.

The last song I wrote is called “Temporary Solution.” It is about being with someone and knowing that there is an expiration date. It is also sort of about my desire to move to a city because I have never lived outside of Montana. Retrospectively, it doesn’t make me look like that great of a person, but it is honest and I doubt that I am the only one who starts temporary relationships, so I think the song will stick around. I am also working on a song about pugs, because I love them and no one I know agrees.

At the moment I am working the night shift at a hotel. My shift runs from 11PM to 7AM and my coworkers generally end up taking naps. It is pretty exhausting and kills my social life but I need the money, also, the type of people that come into hotels late tend to be pretty interesting.

I don’t have a pre-show ritual, but I have a post show ritual. Every time I get done playing I call my mom. I had a hard time my first couple years in college and I think it really scared her. She likes to hear how happy I am. Unfortunately I usually get done very late and so I don’t get to talk to her. I just leave a message. She has saved all of them.

I would die of joy to share a stage with Tegan and Sara but at the moment I think it would be better to play with Allison Weiss and Mal Blum. They are slightly closer to me in the industry and I think I could learn a lot from both of them, also they seem like intriguing people to spend time with. Honestly, who doesn’t want to go on a road trip with Allison Weiss?

Find what makes you feel alive and do it. The environment I grew up in did not focus on nurturing passion, it focused entirely on success. Most of the activities I was encouraged to pursue looked good on a resume or an application. I did everything I was supposed to do and I decided that it would be a good idea to become a doctor. I didn’t make this decision because it was what I wanted to do, I did it because it was expected. I got good grades, I was on the debate team, I behaved myself, and I was generally unhappy.

I got to college and had a pre-life crisis. I switched majors from pre-med to Spanish and History (which I enjoy but am not at the right school for). But I am taking time off to pursue music. I figure this is the best time in my life to make impulsive decisions and generally be broke. There are not a lot of things that are worth being miserable.

I am trying to think of the right way to explain it. The best I can come up with is that living in Montana is like living in any small town anywhere in the country, except that it is an entire state of small towns (and not a small state at that). To get anywhere that is better it is necessary to go two states over.

I know a decent amount of LGBT people here and of these, not a single person wants to stay in the state indefinitely. We are in one of the two most open and accepting cities and there is still a great deal of harassment that happens on a regular basis. I generally expect that people will not really be “o.k.” with the fact that I am gay. I’ve gotten used to it. I have also, sadly, gotten used to being outed. Being gay is no longer a fact that I have the luxury of deciding when to share, someone else usually does it for me, regardless of the situation.

I always say that Montana is a great place to visit, and it really is gorgeous and people are very courteous. It will always have a place in my heart, but I am really sick of living here.

When you’re super famous, what will the title of your autobiography be?

I Tried Being Funny, But I Ended Up Here.

I have a dog called Panini. Technically she lives with my parents but I took care of her for the first few months. 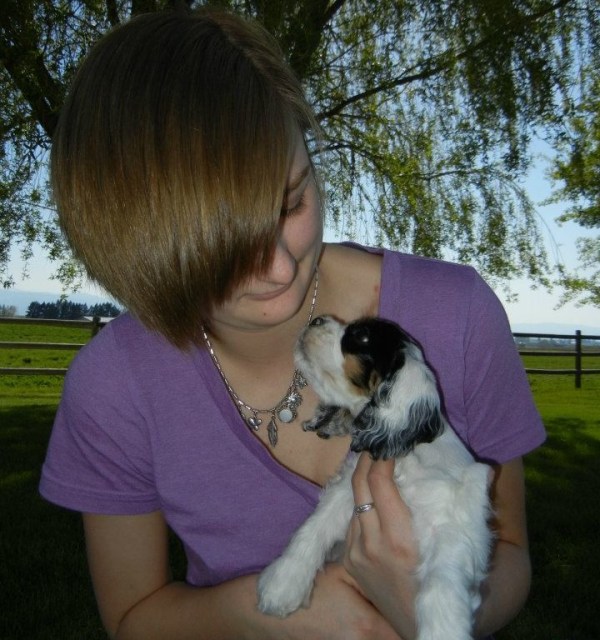