The dark, cold days of winter bring us the cruel truth within the story now gracing the cover of the Village Voice, “100 Most Powerless New Yorkers”.

I’ve selected a few for whom I’m particularly sympathetic, though keep in mind the numbers aren’t actually intended for ranking purposes.

Well wouldn’t you know it, queer youth made the list. The Voice explains:

Cocco (and nearly 4,000 homeless youth, who are disproportionately LGBT) has to fight for one of less than 300 shelter beds for homeless kids. Of those on the street, about 20 percent become HIV-positive. 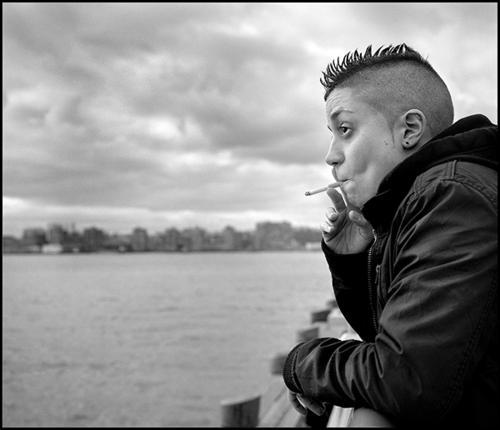 7. The person holding the sign at the end of the Trader Joe’s line

I nearly have an anxiety attack every time I enter a Trader Joe’s so I’m with them on this one. The Voice writes:

Bouncers have power over lines and who can even get into them; the Trader Joe’s employees who have to hold a sign are just showing people the end of the damned line. All they can do is bring misery to people.

Over 70,000 people have signed the petition NY-CLASS to end the abuse of horses and end the use of horse carriages in NYC. Will the city finally open an investigation into the industry this year? The Voice writes:

These horses work in the hottest hot and the coldest cold. Despite the fact even the best-trained horse can be spooked unexpectedly, they walk right in the middle of traffic on the busiest streets of Midtown, even at rush hour. This past year, three have collapsed, one fatally, on the job. 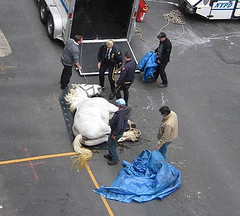 The mayor was all over the news this week offering $20,000 raises to “highly ranked” teachers. People have lots of opinions about this. The Voice explains:

When teachers end up in a school with a failing grade, it’s a mark of death for them. If they leave a school slated for closure (which can take years to phase out) and try to get a job elsewhere, they are considered ignoble for abandoning a sinking ship. But if they stay until the end, they become pariahs. No principal wants to hire a teacher from a “failed” school. (Even more powerless are students in the end, who, if they graduate, might do so from a school that is no longer accredited.)

I wouldn’t want to marry him (for so many reasons) but could we stop it with the firing of people over their sexting and tweeting scandals already? The Voice explains:

Weiner began last year as a powerful potential mayoral candidate in the city. On the national and international stages, he married into American Democratic royalty by wedding Hillary Clinton’s right-hand aide, Huma Abedin. With one public tweet that was meant to be a direct message, he ended it all, leaving the career politician with nothing to do except to turn his overwhelmingly Democratic district over to a Republican in a special election. 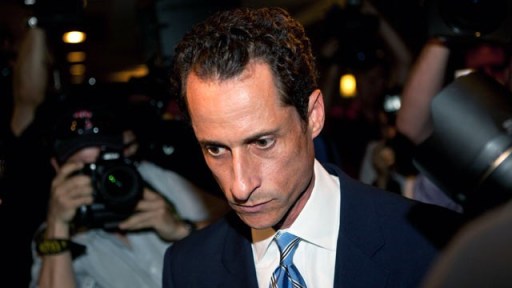