I spent the year 2011 in Europe, first on an exchange in France and later working in Oxford, England. In France, England, and in all of the European countries I managed to visit during that year, people often asked me where I was from. I would say Canada, and they would nod, smile, and make some remark about cold weather – an all-around pleasant and simple exchange. I didn’t mind the questions – they gave me a chance to alleviate my homesickness by talking about Canada; however, I felt differently once I was back home and the questions didn’t end. Now, they were a not-so-pleasant reminder that being home didn’t necessarily mean belonging. And unlike in Europe, the people in Edmonton on the bus, in shopping malls, and in grocery stores who would stop to inquire about my origins didn’t take a simple “I’m Canadian” as an answer. It wasn’t enough that I was born in Edmonton. They wanted a family history – where were my parents born? my grandparents? – so that my skin colour, dark eyes, and curly-frizzy hair in what they considered to be a predominantly white space would make sense to them. 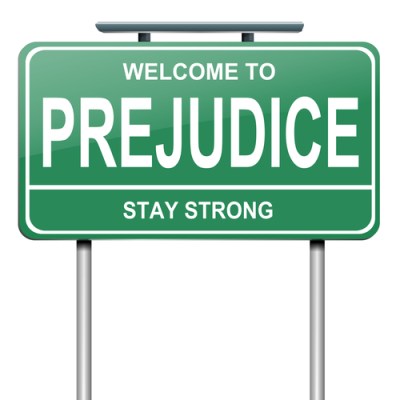 In “Ten Things I Wish I’d Known Before I Started My Transition,” Annika describes microaggressions as “the little interactions that happen every day that remind you that you are “different” in some way.” While she’s writing about the microaggressions she experiences as a trans* person, you don’t have to be trans* to be given daily reminders that you’re different. Continually being asked where I’m from is also a microaggression. And my mixed race has been the cause of microaggressions since before I was even born, when well-meaning white people would see my pregnant, blonde, green-eyed mother with my black father and ask if she was prepared to raise a black child. Once I was born, she was congratulated by strangers for adopting “one of those poor African children.” But micro-aggressions weren’t limited to coming from white people. Black women were often critical of my mom’s ability to relax (straighten) and braid my hair. Every time they asked where her little girl got her hair done, they were surprised to hear that my mom did it herself. Their surprise implied that they didn’t see a white woman as suitable to properly care for what they considered to be a black child.

My mom never told me I was black. In fact, she never really talked about race or skin colour at all, except to tell me I was half black and half white, which made me brown, and if people didn’t understand that or had a problem with it, they were stupid. My dad didn’t talk much about “blackness” either. He had spent the first twenty-five years of his life in Ghana, which were coincidentally the first 25 years Ghana was free from British rule; his identity was Ghanaian, mixed with a lingering influence of British colonization. He spoke not of blackness, but of Ghana, not of North American racism, but of African colonization. Growing up, I thought of colonization not much differently than I imagined the dark parts of fairy tales – as scary things that happened in a land far, far away. Since I easily dismissed the strange looks people gave my white mom and her three brown-skinned little kids and the questions about where I was from as just ignorant things people said, I grew up not very aware of racism and micro-aggressions. I didn’t think of myself as black or as white. I was just a cinnamon-spice-coloured, frizzy-haired little person. I was me.

Of course, I was lucky. For many people, racism isn’t so easily ignored. It doesn’t matter if your parents tell you racism’s just a stupid thing if it’s an every day, in your face, ugly institutionalized reality – an aggression with nothing micro about it. I was speaking to my younger step-cousin, who’s Native, about how grade five was going. She told me, “Whenever the Native kids need to go to the bathroom the teacher doesn’t let us cause she thinks we’re lying to get out of class but when anyone else raises their hand to go, they’re allowed.” As I’ve explained in many other Autostraddle articles, Native people face discrimination from the Canadian government, Native women in Canada are more likely to go missing and five times as likely to be murdered than other Canadian women. Over half of Canada’s Native American population lives in the prairie provinces and they have to deal with a kind of racism that I, as a half black and half white person, can’t even imagine. Of course, had I grown up in the U.S, my experience of racism would probably have been incredibly different. In American author Nella Larsen’s novel Quicksand, the main character Helga comes close to having a mental breakdown from the pressures of being a mixed race person in America. She doesn’t fit with either the black community or the white one; and in Larsen’s Passing, another mixed-race woman must keep her black ancestry a secret in white communities or face losing the status she has worked so hard to gain. Though Larsen’s novels took place in the early 1900s, I believe the issues she wrote about – blackness, whiteness, and passing – are still relevant in the U.S today. Just as in the prairie provinces there is historical and institutionalized racism towards Native people, in the U.S there is historical and institutional racism towards African Americans, among other people of color.

I think it’s important to understand that not all people of colour experience racism the same way. Discrimination is hugely influenced by factors like geography and history: I’m a cinnamon-spice-coloured frizzy-haired person whose African and European racial backgrounds are not the ones most actively discriminated against in Alberta. Perhaps it was my privilege in being fairly ignorant of racism most of my life that made me all the more enraged when I started university and became increasingly aware of racist micro-aggressions. Reading about things like race and history in my classes, I started to wonder what role race and racism played in my life. In class, when the topic of race came up, an entire classroom’s worth of eyes turned to me, as if being the only person of colour in the class meant I had all the answers. I understood that sometimes people who are not people of colour feel uncomfortable talking about race because they’re worried they’ll accidentally not be politically correct and end up offending someone; but I felt angry that people assumed I was an “expert” on race just because of the colour of my skin. When I began going to queer events as a self-conscious nineteen-year-old, I was the only cinnamon-spice-coloured frizzy-haired person in many groups and I became hyper-aware of not having the right queer look, which seemed to be skinny, white, and hipster-ish. In class, online, in queer groups, and stopped by strangers on the streets of Edmonton curious about my background, I became increasingly aware of being different.

I started to see the racist micro-aggressions less as the simple ignorance I had been taught to see them as, and more as a dangerous undercurrent of racism, that although not as visible as in-your-face, outright macro-racist-aggression, still informed racist beliefs that affect Native Americans in the prairies – beliefs not unlike the colonial racism that my family in Ghana fought so hard against. These racist beliefs, which frame whiteness as normal and civilized and people of colour as exotic, lesser-than, other, “not from around here,” allow racism to happen in different ways and across different geographical boundaries. I’m lucky that because of my background and where I live, I was privileged enough to not be forced into having an early awareness of race and racism, but that doesn’t mean I should ignore the comments, stares, and questions that tell me, albeit in small ways, that I don’t belong. I’m realizing that in recognizing the multiple, sometimes hidden faces of racism, I’m empowered to speak out against and fight them.