Thanks to a ragtag team of brave souls across the globe, it really is the most wonderful time to be queer! From Australia to Laguna Beach, I’m excited to present you with (drumroll, please) this year’s Holigay Meet-Ups! Readers, say hello to your future plans.

Rethinking your decision not to host? It’s not too late to take the dive! If you wanna host a Holigay Party, just submit your event here and we’ll add it to this post. All parties will be promoted on social media and in other posts, but hosts are encouraged to use this graphic and this graphic to promote it on Twitter and everywhere else, respectively.

And don’t forget! Use the hashtag #HappyHoligays to share photos and funny stuff from your meet-ups. Or, use it to randomly tell us about your life in a series of tweets. We’ll love them all. 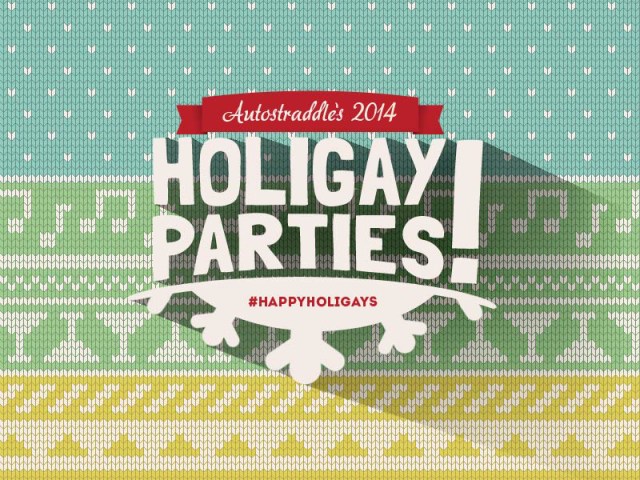 Hosted by Brandalynn
Good Morning Mamas
December 20 at 10:30 AM
RSVP on Facebook

Hosted by Brianne
Squatters Brewery
December 14 at 11:30 AM

If you submitted an event and don’t see it in this post or want to request changes, email carmen [at] autostraddle [dot] com.