As a result of my lifelong battle with eczema — especially the last few years, when the stress caused by the impending apocalypse caused it to break out all over my face and refuse to leave — I’ve tried almost everything to soothe my skin. Here’s a rundown of some non-prescription products I’ve tried, ranked by their effectiveness, affordability, and other factors. 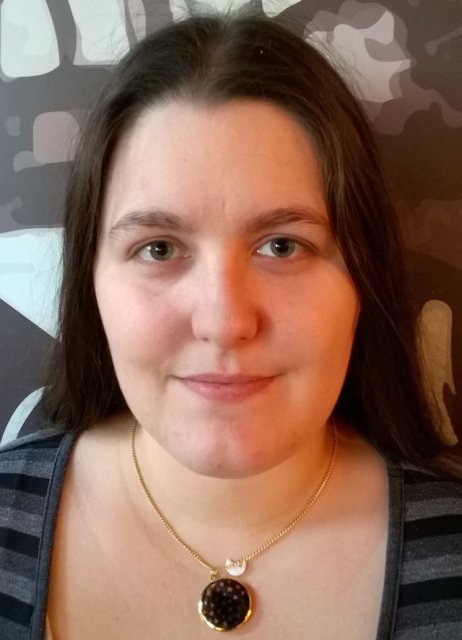 Image via the author

Disclaimer: I am not a doctor, and literally nothing here is medical advice. Ask your doctor (or at least a pharmacist) before you use anything. Also, be sure to patch test it on your inner elbow 24 hours before using it more widely. Trust me; you don’t want to discover you’re allergic to something after it’s all over your face. 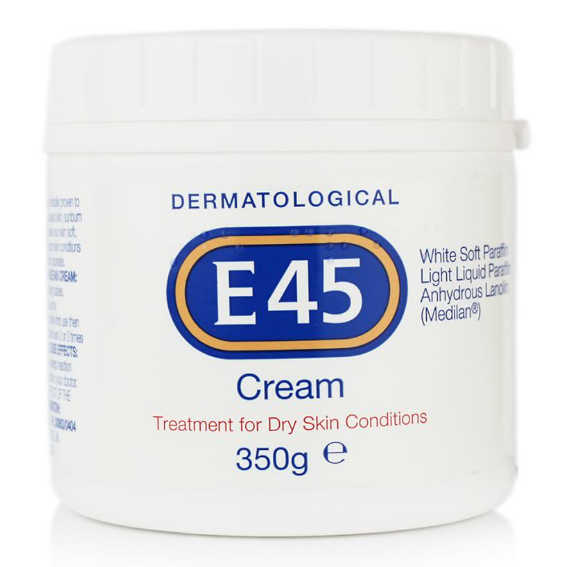 It turns out I’m allergic to this and so is my entire family! Weirdly, though, I didn’t react the first day of using it — so if you want to try it for yourself, maybe patch test it for a couple of days in a row instead of just once? Again, not a doctor, but it made my face puffy and even more itchy. 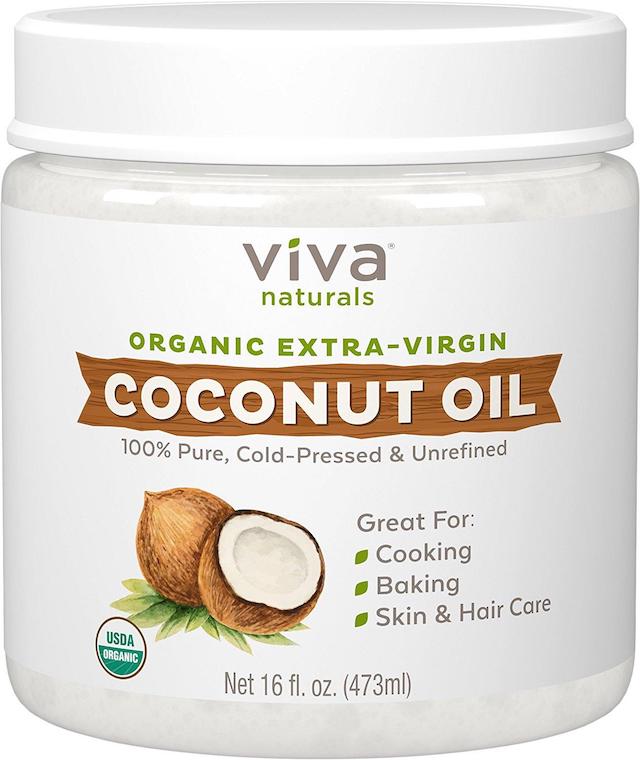 I kept seeing advice on dealing with eczema by using coconut oil. “Eczema is just dry skin!” the internet proclaims. “Any moisturizer will do the job!” This has not worked for me. It helped a bit with flaking and itching, but didn’t actually cleared anything up — plus the longer I used it, the less effective it became (also, it made the non-eczema-ridden parts of my face break out). That said, you may find it’s worth integrating into your post-shower routine as an overall body moisturizer.

Image via The Body Shop

This worked great until it suddenly didn’t, and my eczema came back with a vengeance. Apparently you can develop a sensitivity to aloe vera over time if you use it a lot? Which is a pain in the ass, because it’s also the best treatment for sunburn that I know. It is a really nice general moisturizer for dry skin, though, and was really effective before I developed said sensitivity. So if you’re willing to take a gamble on whether or not you’ll develop one, it could be worth trying. 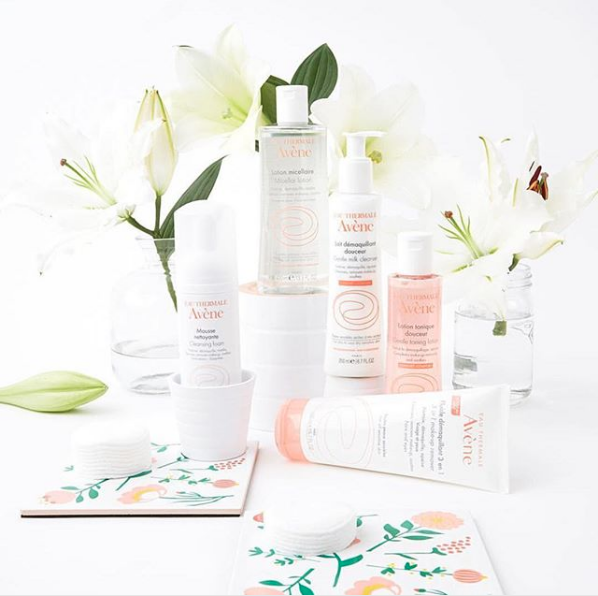 I was skeptical about this one because there’s so much hype around it, but actually, it probably deserves its quasi-religious following. There are a dozen or so different products, and to find out which one you need to use, you fill out a web survey and receive adorable tiny samples to try out. I found that it more or less instantly reduced the eczema on my face, and after a few days using it my skin looked entirely like skin again, which seems to be what most people had to say about it. Unfortunately, it’s also really expensive, so I couldn’t afford to keep using it and the eczema came back pretty quickly after I stopped. If you can afford it, though, it’s absolutely worth it. 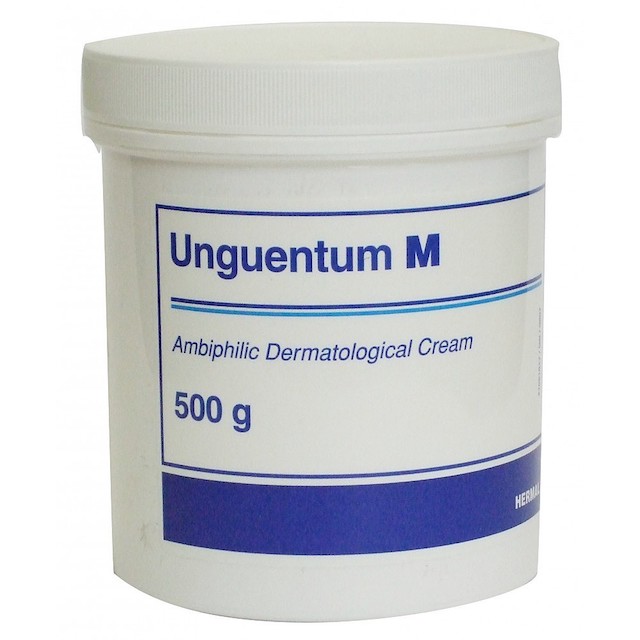 Image via Nature’s Best (UK only)

I first used this as a teenager when 75% of my body was covered in eczema, and found it’s really good at treating blistering and bumps. Actually, it’s fabulous for stopping itching too (once, after discovering I was allergic to red wine, I ended up covering my entire scalp in it because there was no other way I was getting to sleep that night). Weirdly, it’s also good at reducing blackheads — or that could just be my particular skin. On the other hand, it’s really thick and takes ages to sink in, tends to get into your hair and make it all greasy, and did not help with my most recent variety of eczema/dermatitis during which my skin flaked off and cracked open. You also generally have to ask for it specifically in the chemist — at least in the UK, where they keep it behind the counter. 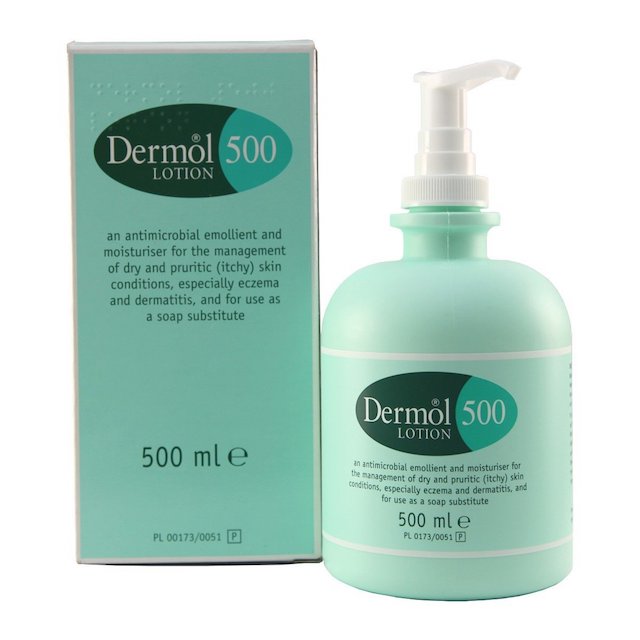 I’m pretty sure this stuff is magic. It’s apparently what medical staff use to keep from developing contact dermatitis from all that hand-washing, and oh my god is it effective. You can also use it in place of soap, apparently, because there’s antiseptic in it (luckily, it doesn’t smell medicinal). Whatever works, I guess? And, oh, does it work. I put this stuff on my face for a week and it completely stopped shedding; in fact, the shedding only came back when Christmas disrupted my routine and I forgot to apply it for a week… but after a couple of days of remembering to use it, the shedding is almost gone again. It also made my skin soft, as if I were using a real moisturizer and not a kind of scary medical thing. I personally find the lack of a fruity or floral scent saddening, but I’ll gladly take it over peely sandpaper face, and it could be a good option for the scent-sensitive.

Do you have a preferred eczema treatment? Let’s hear about it in the comments!