Did you, like everyone else, love The Half Of It? So did this Autostraddle A+ member, who sent in this month’s Ask Your Friendly Neighborhood Lesbrarian request:

Ahoy ahoy! I have just watched The Half of It and am all heart eyes now. I now have a burning need to read books like this movie. Or at least with similar vibes. Perhaps where the girl gets the girl before the end? Do y’all have any recommendations to satisfy my book cravings? Also. you guys rock!

There are only so many times you can rewatch The Half Of It, and that’s where books come in. I’ve picked eight wonderful queer YA novels with themes similar to Alice Wu’s movie: falling in love through letter writing, figuring out your queer identity, keeping secrets, new friendships, small towns, and slowly getting to new your new girl crush. Ideally, the books feature at least two of these themes! They also have similar moods to The Half Of It: hopeful, but pragmatic; generous but honest; sweet but not saccharine.

It’s Not Like It’s a Secret by Misa Suiguira 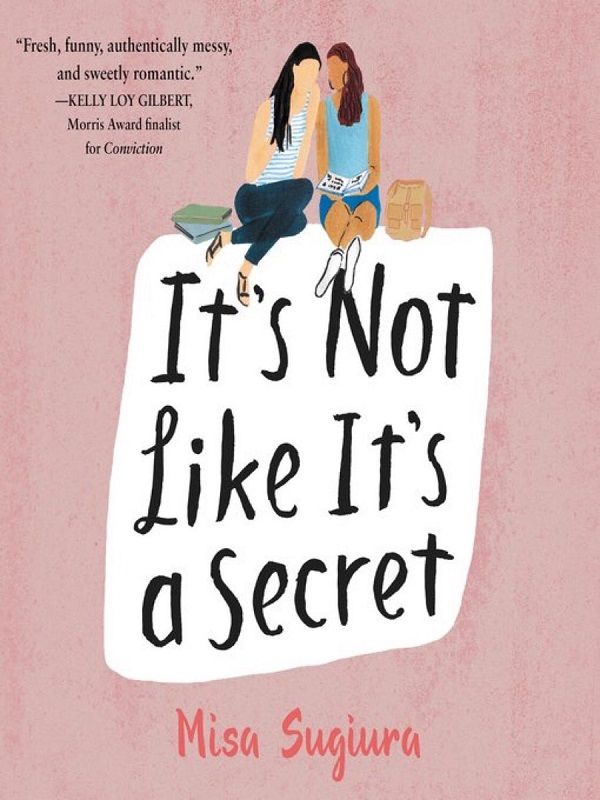 This underrated YA stars 16-year-old Sana Kiyohara, an achingly realistic lesbian teen. She and the other teen characters are refreshingly messy and make lots of mistakes. Sana’s story begins when her family moves to California. There, Sana hopes to forget her crush on her best friend and her suspicions that her dad is having an affair. But she soon meets Jamie Ramirez, a cute Latina girl whose crew Sana’s new friends don’t trust. Then there’s Sana’s new friend Caleb, who seems to have romantic feelings for Sana, and the fact that her dad’s cheating is more and more obvious. Suiguira excels at portraying a nuanced and complex look at racism, particularly the dynamics between different racialized groups in a high school setting. Sana’s journey to learn to stop lying and hiding from the problems in her life is almost too real. Plus: queer girls of color romance!

Late to the Party by Kelly Quindlen 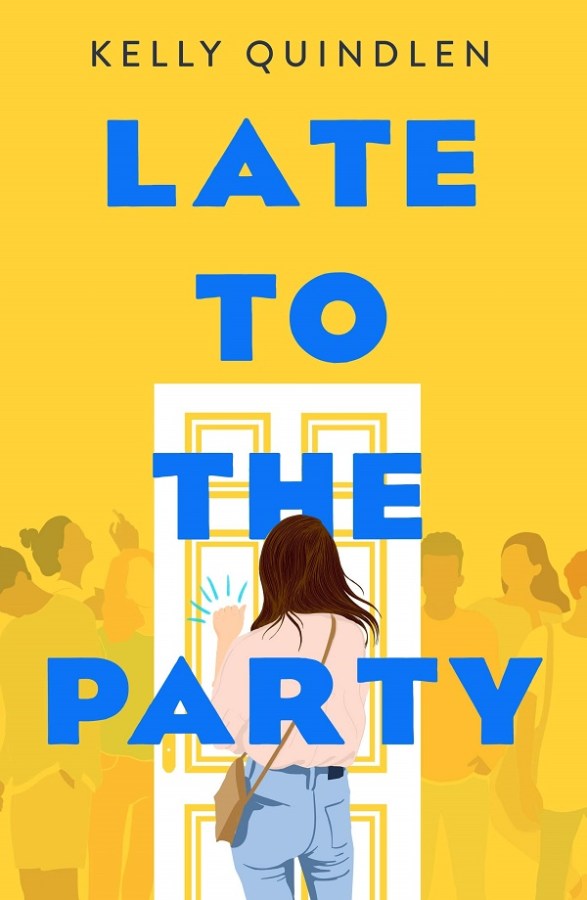 Codi Teller is literally and figuratively late to the party when this YA contemporary opens. Codi, JaKory, and Maritza (lesbian, gay, and bi respectively) are homebody BFFS who stay at home and watch Netflix. When they force themselves to go to a big party, Codi ends up forming a secret friendship with a closeted popular jock, Ricky, after she accidentally sees him making out with a guy. Through him she meets a girl who just might like her back. She also tries new things, puts herself out there, and finally has the kind of teenage adventures she thought she might never have. The only problem? She never tells JaKory and Maritza about her new social life. Late to the Party features beautifully complex relationships, bright sparks of poignant writing, and layered subplots for the supporting characters.

I Kissed Alice by Anna Birch 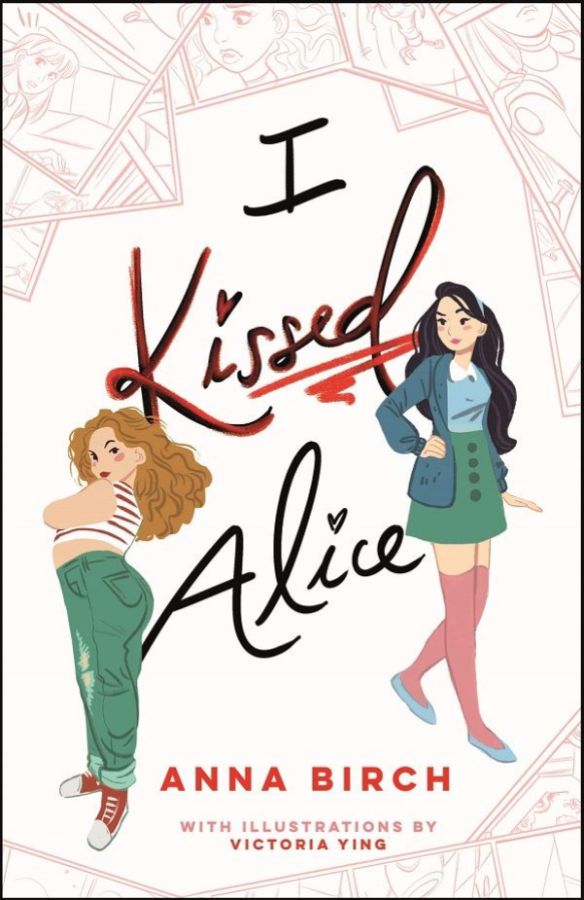 If you liked how Ellie and Aster got to know each other while writing each other, you’ll love how enemies Rhodes and Iliana fall in love. At their Southern arts school, they are fierce competitors for the Capstone scholarship. Rhodes has a reputation for being naturally gifted, but she’s experiencing creative block. Iliana is known for her tireless work ethic. Both of them escape from the pressures at school by spending time on a fanfic website. In fact, their digital avatars are unknowingly working together on a graphic novel. As they communicate online, they realize they like each other. A lot. But of course, “I-Kissed-Alice” and “Curious-in-Cheshire” have no idea that they know — and hate — each other in real life. What will happen when they discover the truth? This one features lesbian and bisexual representation!

You Should See Me in a Crown by Leah Johnson 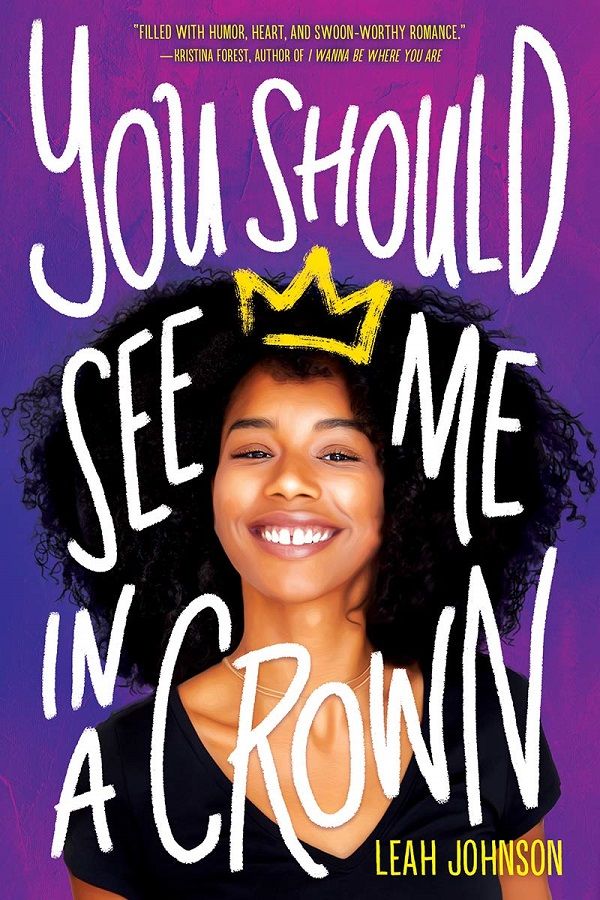 Liz Lighty is planning to get out of her small town in Indiana by fleeing to Pennington college, helped by financial aid. There she won’t feel like Black, poor, awkward girl. But when the money she’s counting on falls through, she’s forced to consider other options. Like the scholarships available to prom king and queen in her prom-obsessed school. She’s committed enough to her university plan to confront her fear of the spotlight. Once she enters the race, she finds out it isn’t all bad. There’s this new girl, Mack, that Liz slowly starts to get to know. Mack is also an outsider like Liz, as well as smart and cute. But Mack is running for queen too. How can Liz balance her growing crush on the competition with her drive to make it to Pennington by any means necessary? You Should See Me in a Crown features cute supportive Black family, lots of humor, character growth, and adorable romance. 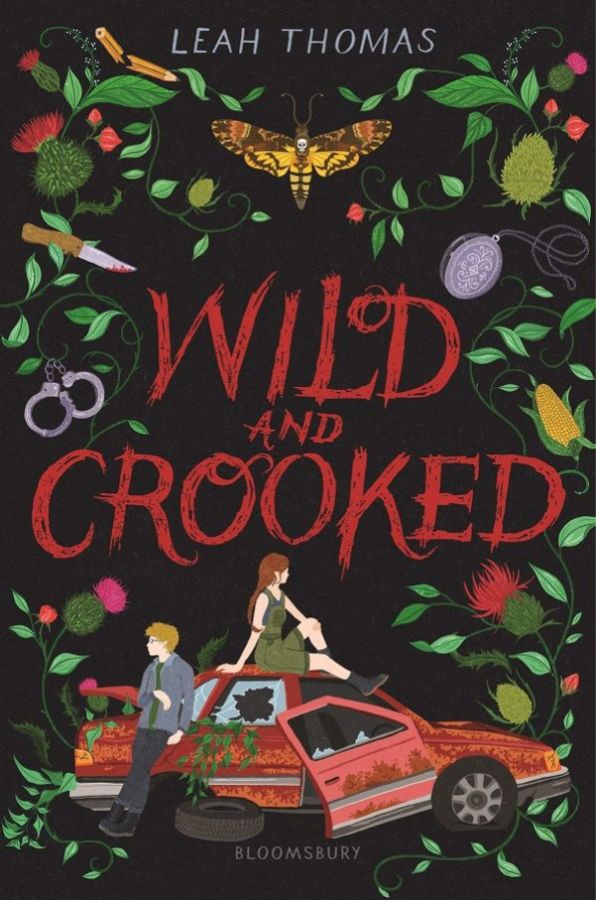 Not only is this story involving secrets set in a small town like The Half Of It, it also features a guy-girl teen friendship (although, happily, in this case they are both queer). Kalyn Spence and Gus Peake are unlikely friends, although even they don’t know how unlikely. Kalyn has returned to school in her small Kentucky hometown under a pseudonym, because of a murder her dad was convicted of when he was a teenager. Gus is sick and tired of being known only as the kid with cerebral palsy or the kid whose dad was killed … by Kalyn’s dad. But their burgeoning deep friendship is challenged when their respective families’ histories come to light and the teens begin to question the truth of what happened so many years ago. The heart of this character-driven story is the friendship. 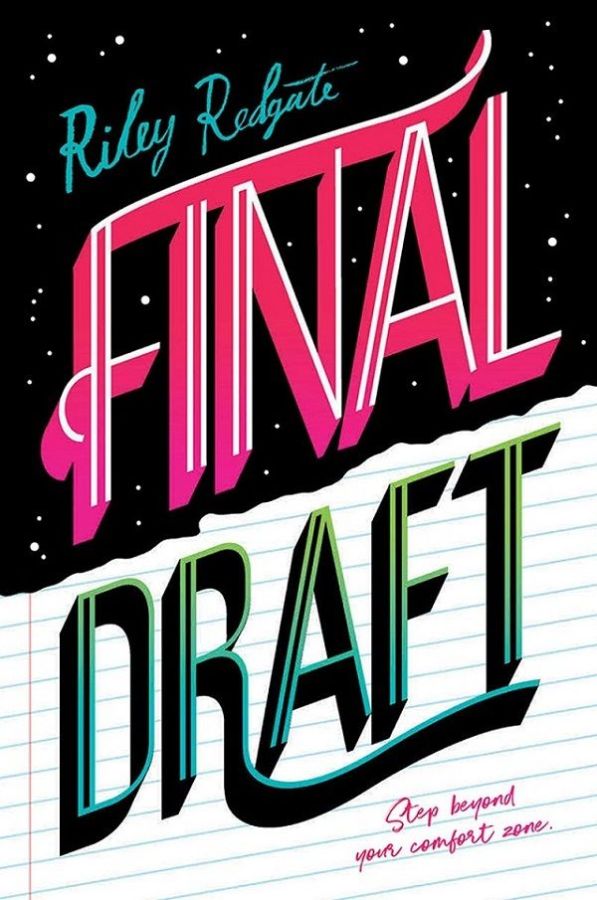 Like Ellie, the protagonist Laila of Final Draft is a bit too smart for her own good. Also like Ellie, Laila is a gifted writer—although in Laila’s case, she writes science fiction. One day, Laila’s world of careful control is turned upside down when her mentor and creative writing teacher is in a horrible accident. His replacement is an impossibly cool award winning author. Laila is desperate to impress her. As Laila forms new connections and move outside of her comfort zone at the behest of her new idol, she explores her pansexuality, mental health, and complicated relationships with friends. Laila’s Ecuadorian heritage also plays a significant role in her coming-of-age story. And, of course, there is a girl-girl romance, with two girls of color!

Georgia Peaches and Other Forbidden Fruit by Jaye Robin Brown 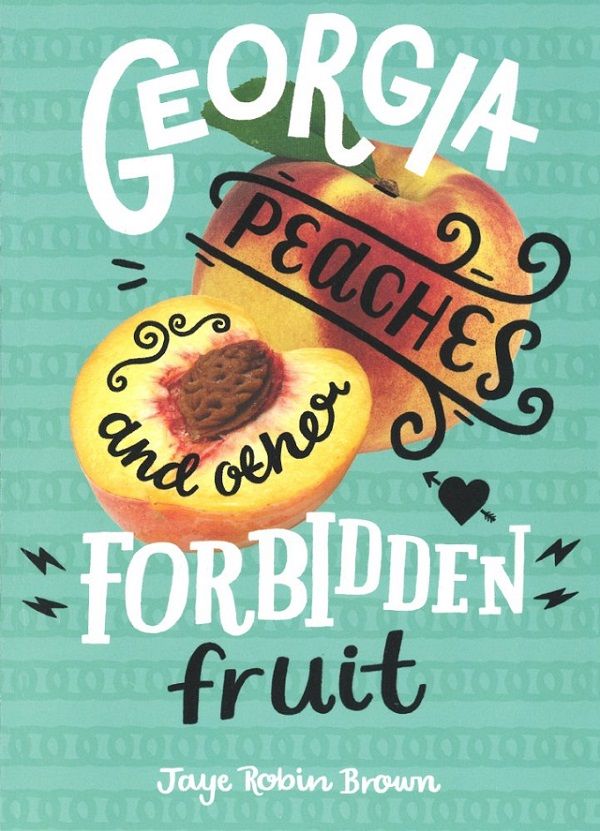 More small town secrets and romance! When Joanna Gordon’s family moves from Atlanta to a small conservative town, her radio evangelist dad asks her to “lie low” on her queerness for a while. In other words: go back in the closet for senior year. Joanna reluctantly agrees. Joanna is used to being out as a lesbian, but she also can’t deny she feels a bit of a relief and comfort in the privilege of fitting in as a straight girl. Enter Mary Carlson, a cute girl and sister of one of Joanna’s new friends. Jo just might be falling for her, and Mary just might be interested back. But Jo couldn’t possibly break her promise to her dad, right? Brown tackles topics of Christianity, being closeted / coming out, and privilege with nuance. A great book for readers looking for queer teen Christian representation! 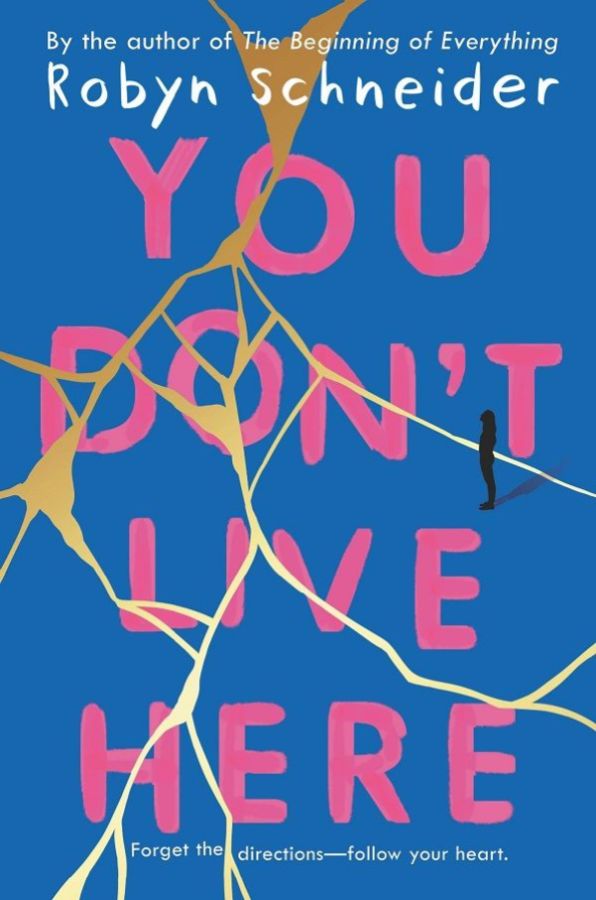 After the death of her mom in an earthquake and her dad’s abandonment, Sasha Bloom moves in with her estranged grandparents in Southern California. These grandparents have firm ideas on who Sasha should be, with suggestions for her ideal weight (ten pound lighter), future career (lawyer), and current boyfriend (Cole Edwards). Cole himself is also convinced Sasha should be his girlfriend. Sasha tries to be the person everyone else wants her to be. But she ends up shoving down her love of photography, grief about her mother’s death, and her growing romantic feelings for a girl named Lily Chen. If Sasha follows Lily off to explore what life is like off the path being laid in front her, what will she find? If you like Gilmore Girls, but wished Rory was a shy bi girl — this is the book for you!

Did you love The Half Of It too? What books would you recommend that remind you of the movie? And don’t forget to keep those lesbrarian questions coming! Comment below or send me an email to stepaniukcasey [at] gmail.com.