Saturday, January 21, is the Women’s March on Washington (WMW) with solidarity marches and rallies planned all over the world. The WMW may be the largest mass demonstration on the first day of a new administration. There are three times as many bus parking permit requests for the WMW as there are for the President-elect’s inauguration. It’s going to be history in the making! 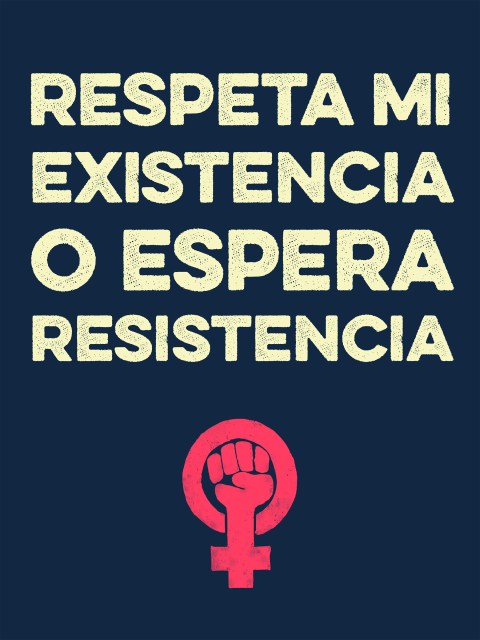 Artwork for the march by Victoria Garcia, titled “RESPETA”

The organizers of the march released their unity principles last week, a statement that names intersectionality and honors the people and movements that have come before. The unity principles were put together by a large and diverse group of leaders and organizers including Janet Mock, Alicia Garza, and many others. 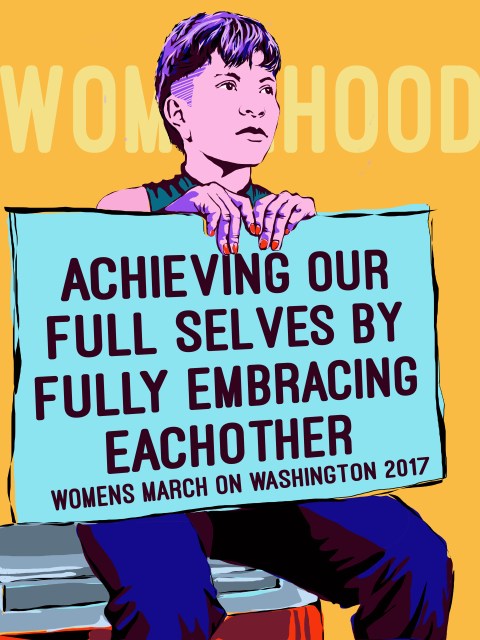 Artwork for the March by Kate DeCiccio titled “Embracing Eachother”

On Saturday, January 21, I will be providing protest monitoring for a solidarity event happening in my city. If you’re going to the Women’s March in Washington, D.C., or attending one of the many solidarity events happening across the country, here are a few things to help you out.

1. Get On a Bus to D.C. or Find a Nearby Solidarity Action

Want to go to the WMW? It’s not too late to reserve a seat on a bus. Buses are leaving from all over the country.

If you can’t make it to D.C., find sister marches in hundred of places — hopefully one close to you. There are sister marches planned in all 50 states and 55 international locations!

2. Know Your Rights at a Protest

If you’re going to the WMW in D.C., make sure you know your rights. The right to protest is protected by the First Amendment of the U.S. Constitution, but it’s up to you to know and exercise your rights!

The ACLU had a great guide to your rights while protesting. The ACLU of D.C. prepared information specifically for D.C. inaugural protests which includes pictures of the various D.C. law enforcement badges; your rights when encountering D.C. law enforcement; what to do if you’re arrested; and tips for people who are gender non-conforming, who may be on parole or probation, and who are undocumented.

3. Support the WMW Even If You Can’t Make It in Person

The WMW was founded and organized by volunteers. You can help offset the costs (permit fees, port-a-potty rentals, equipment rental, etc.) by making a donation.

You can also support the march by using social media to amplify the work of the organizers. Download free prints of five artist-submitted posters selected to be official artwork for the march.

4. Make a Safety Plan Before You Go

First, watch this video that covers all the logisitcs you need to know about the WMW featuring Rosie Perez:

If you are attending the WMW or a sister event with friends, make a plan to stick together. It can be easy to get lost in the crowd at a large demonstration. Though it will likely be a peaceful march, there may be issues with counter-demonstrators or law enforcement. Before you head out, make a plan to look out for each other and to always stay within sight of each other.

If you do become separated, make sure you have each others’ phone numbers. If the march becomes violent or if civil disobedience happens, discuss beforehand what your plans will be and help each other get to a safe place.

Before you leave, share your whereabouts and cell phone number with someone you trust who isn’t going to the rally. Make sure you have the phone numbers of emergency contacts on your person during the march, as well as valid I.D. (if you have it).

Read the Unity Principles and understand all that the WMW is about. 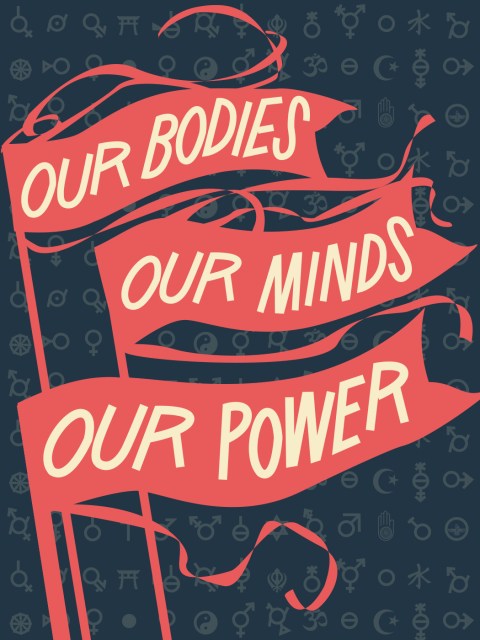 Artwork for the march by Jennifer Maravillas, titles “Our Bodies, Our Minds.”

The WMW unity principles state, “Our liberation is bound in each other’s. The Women’s March on Washington includes leaders of organizations and communities that have been building the foundation for social progress for generations. We welcome vibrant collaboration and honor the legacy of the movements before us – the suffragists and abolitionists, the Civil Rights Movement, the feminist movement, the American Indian Movement, Occupy Wall Street, Marriage Equality, Black Lives Matter, and more – by employing a decentralized, leader-full structure and focusing on an ambitious, fundamental and comprehensive agenda.”

6. Make a Pledge to Continue the Resistance After the March

The WMW is a history-making event. It has raised national conversations confronting white feminism and encouraging intersectional activism as a core value of the feminist movement. I hope you can make it, if you feel so compelled. 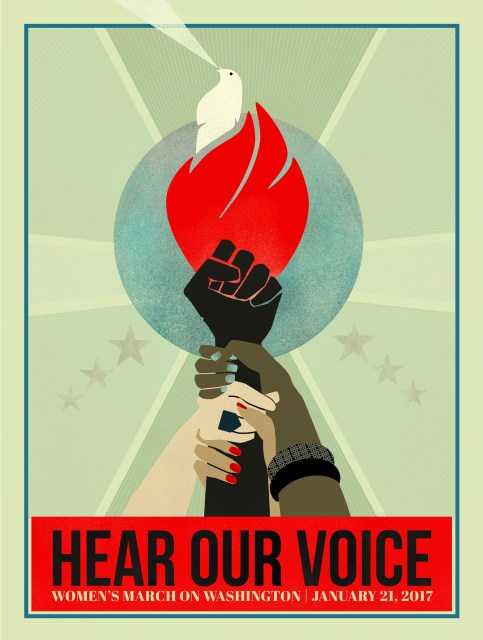 Artwork for the March by Liza Donovan titled “Hear Our Voice”

That said, what is going to matter just as much is what happens when the WMW is over, when the hundreds of thousands of us go back to our states, our communities, our homes. That’s where the challenging and vitally important work continues.