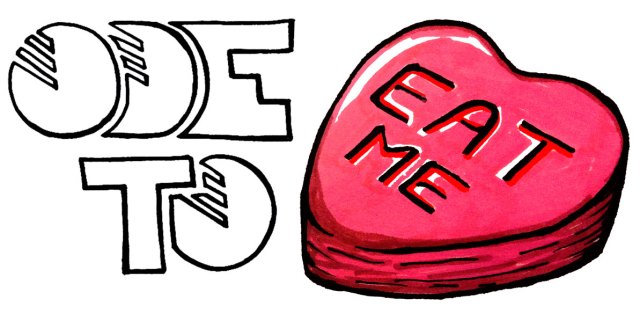 February is that unfortunate month that’s upsetting if you’re single, stressful if you’re not and utterly overwhelming if you’re a groundhog. But if there’s one thing that people in/out/over/under a relationship can be consoled with, it’s discounted sweets on February 15th. But if you dilly dally too much when it comes to picking up the Lindts and supposedly Valentine’s-themed peeps, it’s a whole other problem. What the fuck do you do with a shopping basket full of Conversation Hearts?

I remember being super excited when I received a Valentine that came with candy, but I quickly realized my schoolmate was more foe than friend. I mean, I was eight, so I very well could have had a penchant for chalk and ten character messages? But as it turns out, no I don’t have pica, so chalk isn’t really up there on the list of Things I’d Like to Put in My Mouth. Just because something is “edible” doesn’t mean it counts as food. 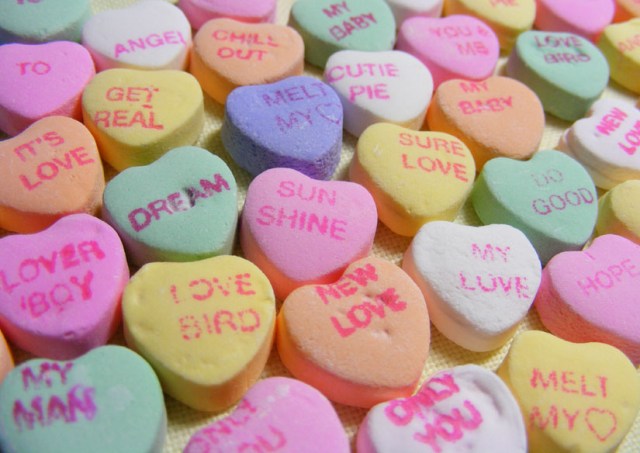 So if you have the misfortune of coming into a wealth of FAX ME, U R HOT and LOVE U’s, what do you do? Given that ingestion is out of the question (unless you have a case of pica, you chew you?), how do you overcome your PTVD (Post Traumatic Valentine’s Day) memories and put them to use?

Rice has been taboo for the past decade or so out of fear for birds’ teeny tiny stomachs. But if bubbles aren’t you thing, why not throw some candy hearts? I sincerely doubt any pigeon’d be stupid enough to eat them. 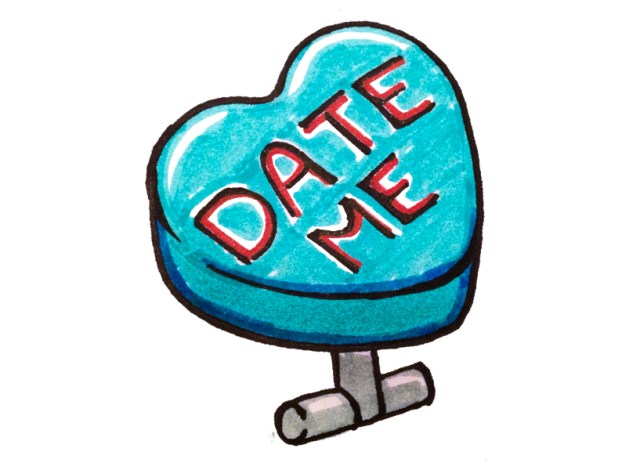 Some might call it desperate, I call it “well advertised.”

Wear your heart on your sleeve. If you can turn Scrabble tiles into jewelry, these count too. Plus you’ll match the wedding confetti.

Actually converse with your conversation hearts. Need to schedule a private meeting or up morale? Stick an ONLY U, CALL ME or U ROCK in the intraoffice mail. Just hold off on the KISS ME’s unless you wanna talk to HR.

Do these things even melt? Plants looking kind of plain but it’s too cold to find river rocks? Just sort out the colours you like and bam, it’s all sorts of lovingly decorated. 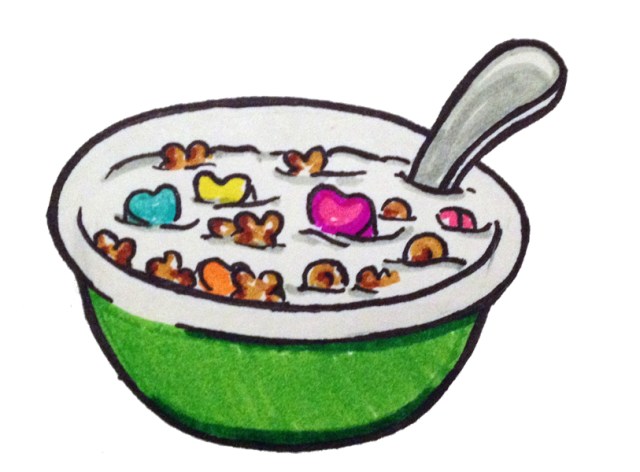 5. Not So Lucky Charms

Next April Fool’s, separate the tasty rainbow foam from the sugary cereal shrapnel and refill your box with your leftover hearts. They’re both kind of chalky and blandly coloured, yet one tastes like rainbows and moonbeams while the other tastes like regret and pissed off roommates.

Call me a cheat, but you can’t really get that far with seven tokens in Carcassonne. If your opponents all agree to bend the rules but don’t have the dough for their own custom meeples, just reach for those immortal hearts! If ALL MINE doesn’t scream farmer to you, I don’t what does.

Or worst comes to worst, you can actually try to eat them. Just don’t blame me if your teeth are caked with chalk until March.