So, quick confession: I don’t like music. At least, I never think about listening to music. Unfortunately, I also hate silence. My best work environment is a crowded cafe. I’m lulled to sleep by city sounds, and maybe some Gilmore Girls in the background. One day I asked my roommate, who is also not a music fan, what she listens to while running. That is when the Sound Cherubs descended from the Heavens and brought The Podcast to my attention. (Apparently people have been listening to these for years but I was too busy bonding with my XBox to know.) Immediately I went in search of gaming podcasts by women. There’s a sense of peace and joy when I find the intersection of two of my nerdy hobbies. It’s a kind of validation. Look! At least one other person likes two of the same things I like! Such was the case when I discovered the “gaming podcast.” Being a gay woman-identified gamer often means finding almost nothing made for me on the usual internet sites. I have to dig for it.

I present the result of my journey to you. 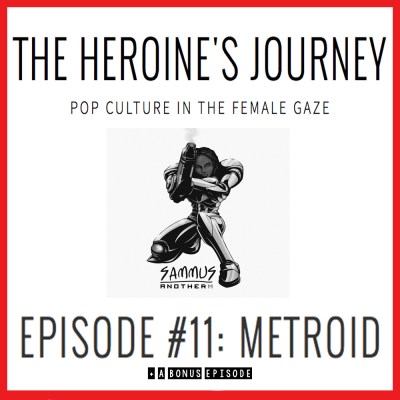 The Heroine’s Journey is one of the newer podcasts on this list. I first heard the creator, LC Brown, on the Gamers With Jobs show. GWJ is normally a bunch of dudes, with occasional woman-identified guests. HJCast is absolutely spectacular so far. It’s not strictly gaming, though almost every episode brings up at least one video or tabletop game. The focus of HJ is women in popular culture. It’s almost weekly — she’s missed a couple here and there — and she always has great guests. If you’re a fan of geeky tv and comic books as well as gaming, I highly recommend this one. LC is super nice too and hosts chats with her Patreon supporters. Absolute favorite so far was Episode #11: Metroid, with special guest rapper SAMMUS, a.k.a. Enongo Lumumba-Kasongo.

Justice Points has been around for a while, with over a hundred episodes: “using social justice and feminism to cut a swath across video games.” JP is run by Tzufit and Apple Cider. They are both outspoken feminists who aren’t afraid to critique the games they love the most. Their critical discussions of geek culture have really helped inform a lot of my own opinions over the last few years. They also offer over thirty of their episodes as typed transcripts for the hearing impaired. I suggest starting with “#101 Waxing Nostalgic,” in which they chat with the ever-amazing Cara Ellison about sex in video games and the transition from gaming journalism to game development.

via Not a Game Podcast

Speaking of Cara Ellison, she was part of the cast of Not a Game Podcast, along with Jordan Erica Webber, Philipa Warr, and two dudes, Tom Hatfield and Craig Lager. This show has been going strong for two years now and is known for being rather fun and witty. The folks at NaG are also not afraid to pull punches, and their combined years of gaming journalism experience really shows. Plus, the show is full of delightful, diverse accents. Although they have several episodes about Sims (an Autostraddle reader favorite it seems), I suggest starting from the very beginning with Episode #1 “We Have Infinite Women,” partially to hear Cara Ellison speak, but also because all of the episodes are great.

Fresh Out of Tokens

The newest podcast on this list is already amazing and they’re only on Episode 3. Fresh Out of Tokens is run by Tanya D. and David Reeves. Do you all know who Tanya D. is? You should! She’s amazing, I’m a huge fangirl of hers, and she’s making waves in the gaming community. Way before the start of this podcast she created the hashtag, tumblr and movement known as #INeedDiverseGames. Now she’s gotten around to making a podcast and I love it. It is biweekly, and focuses on “diversity, inclusion, intersectionality and feminism in gaming.” Definitely start at the beginning with this one. That way you can be one of the cool kids and when they get to Episode 100 you can say you’ve been there since the beginning. 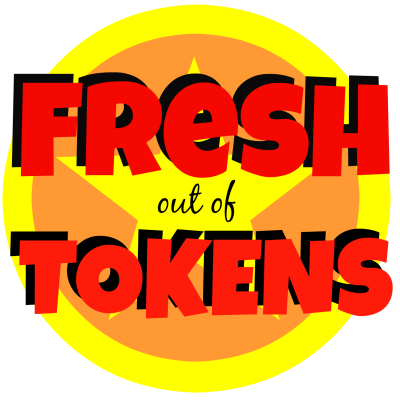 via Fresh Out of Tokens

Unconsolable (which, great title) is a fairly unique addition to the gaming podcast world. Anna Tarkov and Jessica Dennis run a show all about mobile games. Well, they talk about some other cool stuff too, but most of my interest is in the thumb sports. For years I’ve been arguing that cell phones are the best way to convert people to gaming, and Unconsolable gets it! You don’t need fancy equipment to be a gamer, there are great free mobile games available right now on your cellular device! These two gamers are also great to their fans and love including them in the conversations. Start with Episode #36, “Stop Making Trash Games.”

Recently I started listening to old episodes of Game on Girl. Once a weekly show, they have stopped creating the podcast and now do monthly hangouts with their fan base instead. From what I’ve heard of their work so far, this was a real loss to the gaming community. Regina McMenomy wrote her dissertation on women gamers, which is how I found the podcast. She then started the site and ran the show with Rhonda Oglesby, one of the most adorable nerds on the air ever. GoG was started back in 2012, so there’s quite a bit of archive to check out. I don’t have a specific episode to suggest yet, but Episode #1 does tackle the ever present question of “What Does It Mean to Be a Gamer?”

There are many other podcasts like Game on Girl that have ended over the years. It’s hard to say goodbye to some of them, especially knowing that more viewers and a bit more support would have saved them. Whenever I talk about gaming podcasts, someone brings up Video Game Taco, the female-led version of Video Game Hot Dog. Very cis-centric named, but many people have great things to say about VGT and it ended two years ago. Some Other Castle ended very recently due to creator burnout, as did Ladies of Leet. I don’t want to say goodbye to the other shows on this list, so all of you, become rabid fans with me please!

It’s important to support these nerdcasts run by ladies because they have it hard out there. Podcasts take a lot of time, energy, and knowhow to create, often without ever becoming lucrative. (Many of these shows have Patreons or other methods of financial support if you end up loving them.) I was babbling about how great some of these podcasts were to my gamer dude friend. His response: “Oh, they’re all by women? Forget it.” WHAT?! This seems to be the unfortunate opinion of many mangamers and so these podcasts aren’t getting the word of mouth that they deserve.

So, geeks, which podcasts did I miss? What should I be listening to and supporting and nerdgasming all over?

Al has written 7 articles for us.