Vocativ and the National Center for Transgender Equality joined forces to bring you five helpful maps illustrating the current state-by-state situation for transgender legal protections in the US. 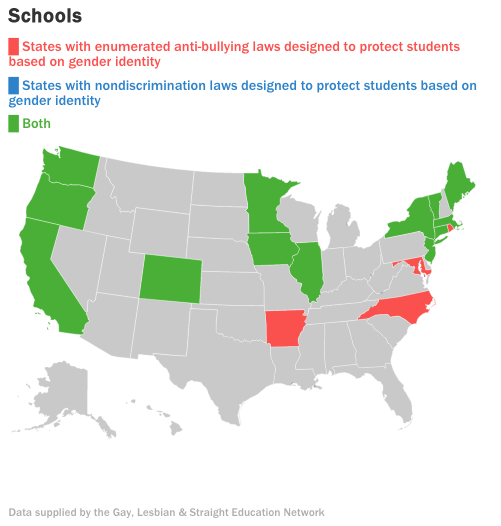 Maps like these are useful because they show us where laws have been implemented without ignoring where the laws aren’t. Trans issues have had a more mainstream audience in the past year, and in many respects have gained more traction with those audiences. But these maps all lined up next to each other vividly show that even with that visibility, trans people still lack the most basic protections across most states, even those that are generally considered “progressive.” 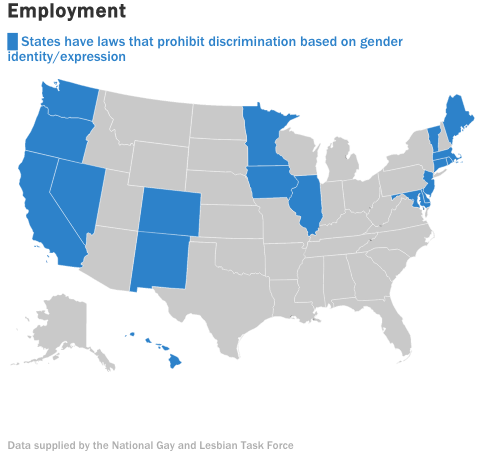 The maps cover five issues: schools, healthcare, employment, hate crime legislation and identity documents. They are strictly focused on legal rights, state-by-state, which doesn’t consider the many other barriers trans people face. These barriers cannot be resolved with laws and legal rights, but they need to be broken down in order for trans people to fully exercise those rights. A sixth map for the infographic, which might not be considered a “measurable area” in statistical terms, would still be useful in demonstrating reality: “States where transgender people still face dramatically disproportionate levels of interpersonal and state violence, prejudice and general lack of mainstream understanding and acceptance.” We made it for you: 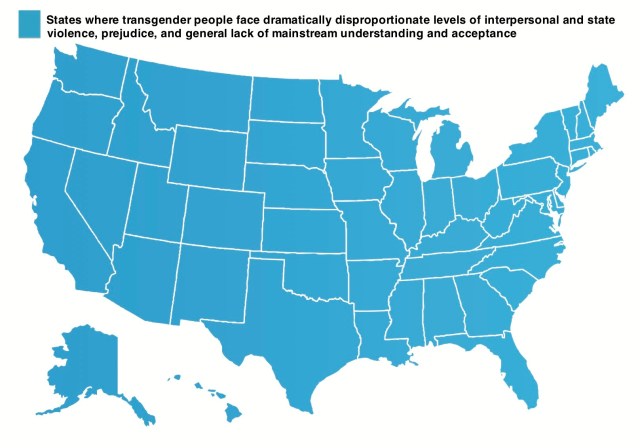