As somebody who is kinda sorta still in this position — despite dating women now for over seven years — I feel as if it’s almost my duty to offer you some insight and advice on how to make this less-than-ideal situation work for you.

To give you a bit of background, as far as my parents were aware I was straight, right up until I brought home my first girlfriend. It went a little like this:

Me: Dad, this is Stef. She’s staying at ours tonight.

Dad: (looking at Stef, who had a shaved head and was wearing a t-shirt that read ‘Saturday Night Beaver’) Hi Stef. Can I get you a drink?

And Stef stayed at ours pretty much every other night for the next 3 years.

That being said, nothing regarding my sexuality was really openly declared or spoken about until we broke up, at which point it became hard for my family to have a conversation at the breakfast table due to the horrendous wailing coming from my bedroom.

Since then, I have dated other women, one guy (it was a weird time in my life okay) and finally, my current girlfriend Tahlia. Whilst the ‘L’ word still hasn’t been brought up, I now bring Tahlia to all of my family events, refer to her openly as my girlfriend on Facebook and upload photo upon photo of her doing cutesy things like ‘sleeping’ and ‘wearing a hat’ to Instagram, followed by 52 love heart emoticons.

Put simply, everybody knows — even if we don’t refer to it specifically. Interestingly, however, when I first started dating Tahlia, she was a few years behind me on the coming out timeline. A good four years my junior, she had moved to the big smoke from the coastal town she grew up in and although her mum was all over it, other family members and childhood friends still were none the wiser. This made for an interesting first few months, especially as for once I was the “friend” who was suddenly making appearances at family functions, something I’d never experienced before.

To those who are experiencing similar situations, I give you my 5 top tips to surviving the awkward “This is my…..friend….” stage.

How to Date A Girl Who Isn’t Really Out Yet 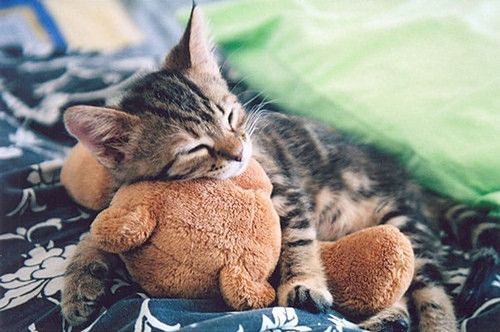 My number one tip with a situation such as this is to put yourself in their shoes and try being a little bit empathetic.

Yes, it can suck having to be the “dirty little secret,” or not being able to shout your love from the rooftops but remember what it was like for you when you were first trying to figure things out. “Confusing,” “scary” and “overwhelming” are just a few adjectives that spring to mind. At the end of the day, if they care enough about you then they will want to share it with their family and friends but pushing them into a conversation they aren’t ready to have isn’t going to do anyone favours. Ask her about her reasons, and genuinely try to understand them. 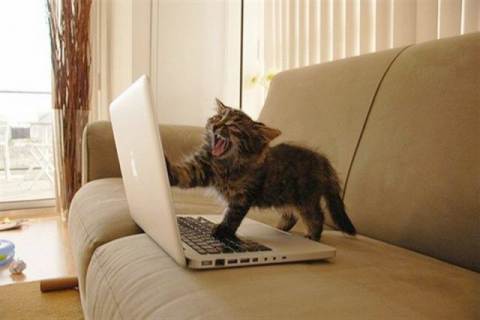 As someone who is a huge Facebook-er (if you ask me, ‘Checking In’ to a venue comes right after ordering the food and before the first sip of a drink) it was very tricky trying to remember what I could and couldn’t put on my Facebook wall…or more importantly, her Facebook wall.

Uploading photo albums of your sneaky little trip up the mountains and tagging her in every single shot probably isn’t going to go down well if she still hasn’t told Aunty Sue and Cousin Felix that she’s now decided men aren’t really her thing. If in doubt, just don’t upload it.

As for the official Changing of the Relationship Status Ceremony, that’s a whole different ball game. Take my advice and compromise with “Is in a relationship” and be happy to leave it at that. Six months down the track and I still haven’t managed to convince Tahlia to publicly link our profiles.

3. Make an effort with their family and friends 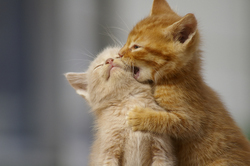 Whether the family is gay friendly or not, it pays to make an effort with them if you happen to be invited along to an event. Remember, this is a huge deal that you’ve been included, especially if your partner isn’t out. If you spend Sunday roast sulking on the couch because she won’t hold your hand except for under the dinner table then you’re only going to leave a bad impression behind.

Ultimately, all the family want is for their little Sally or Sarah to be happy (hopefully, at least), and if they believe you to be a warm and caring upstanding citizen of the law then chances are it won’t sting as much when Sally/Sarah breaks the news to them later down the track. Think of it as scoring overtime points before the game has even begun. 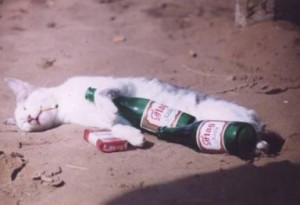 4. Ease her into the gay scene

Now I can’t speak on behalf of everyone but I can tell you, as a Sydney-sider, the lesbian scene is pretty fucking insane. Not only that, but going out in the lesbian scene requires a certain level of confidence… or at least seven tequila shots before leaving the house.

A Wednesday night in Newtown can be anything from a few quiet ciders at the pub, surrounded by 80 of your closest lesbian friends/ex girlfriends/current girlfriends/women you used to share a dog with to a 4am sweaty grind up and down the Sly Fox stage where you get home only to find your clothes reeking of Amyl.

May I suggest that if your ladylove isn’t fully out and proud just yet, chances are they aren’t going to be so comfortable at one of the said lesbian nights. In fact, you may scare them off entirely. Perhaps start off with a daytime pub lunch with a few select lesbian friends and see how you go from there. 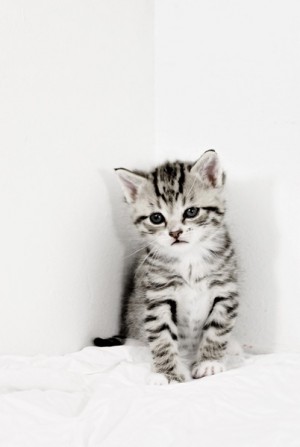 5. Don’t take it personally
Finally, if there is anything I can urge you not to do, it’s to try not taking it all so personally.

“What do you mean?” I hear you shriek, “How can I NOT take this personally? She is clearly embarrassed of me/doesn’t love me enough/doesn’t see the point telling her family as it’s not going to last anyway….”

Stop right there! You can’t think like that because I can almost guarantee you it is simply not the case.

Believe it or not, she is probably not 100% out to her friends and family for reasons that have absolutely zero to do with you personally.

You taking it to heart is only going to make you feel like shit and make her feel pressured to prove you wrong by telling everybody you’re together, something you’d rather she do on her own terms, in a positive light. Believe me.

Give her time, give her love and support and when she’s ready to whack the rainbow flag bumper sticker on her car, then she will.