Happy shark week, minnows! Did you know that dolphins are just gay sharks?

Here are five more scientific facts, in honor of shark week. I’ve also included a small side of misandry, in honor of me being true to my feelings. Enjoy!

1. In January this year, a female zebra shark named Leonie was found to have reproduced without any genetic contributions from a male partner.

This makes her the first shark ever known to have switched from sexual reproduction to asexual.

Parthenogenesis—asexual reproduction in a female—has been seen in other animals before, though it’s rare enough to cause a bit of a stir whenever it’s caught on the record. … In one of the two other known cases, a female eagle ray switched from sexual reproduction to producing a pup asexually less than one year after being separated from her male partner—which seems like an awfully short grieving period. The other case was even stranger, with a female boa constrictor giving birth to parthenogenic pups after reproducing sexually and while there were males available for her to mate with. 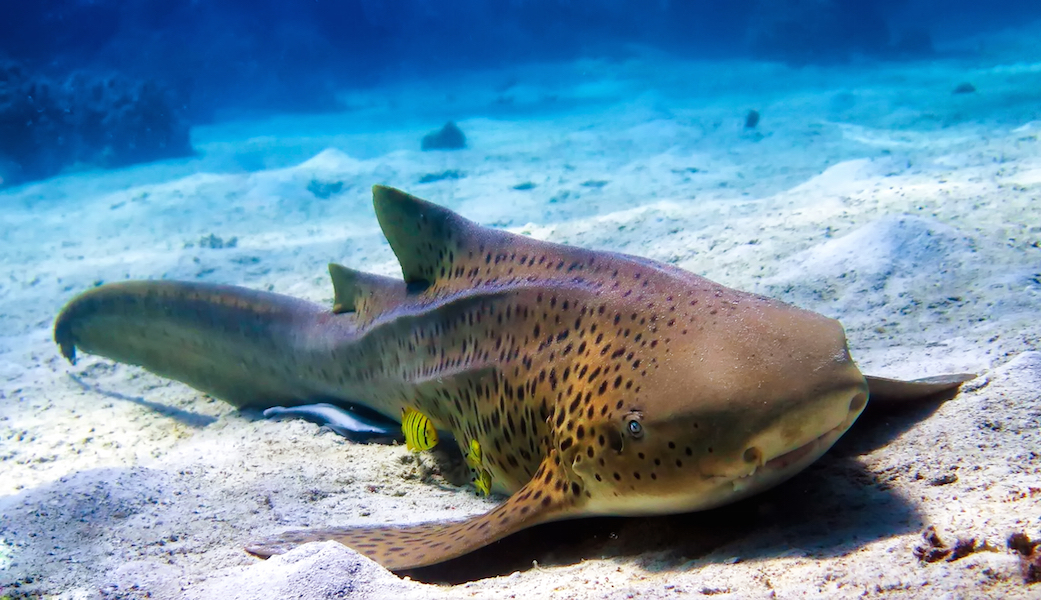 A zebra shark in Madagascar. Via shutterstock.

2. Nearly every single person ever bitten by a shark has been a man.

According to data from the global shark attack file, for every 100 shark attacks, a little over six will involve women. This disparity holds up pretty much across the world.

Why does this happen? “Probably because men are more likely to do stupid things,” speculated John West, curator of the Australian Shark Attack File at Taronga Zoo, to the Fairfax Media (subsequently picked up in the Sydney Morning Herald). “It reflects a historic pattern of more males engaged in marine aquatic activities, especially those that put humans most at risk, for example surfing, diving, long distance swimming, kayaking, etcetera.” 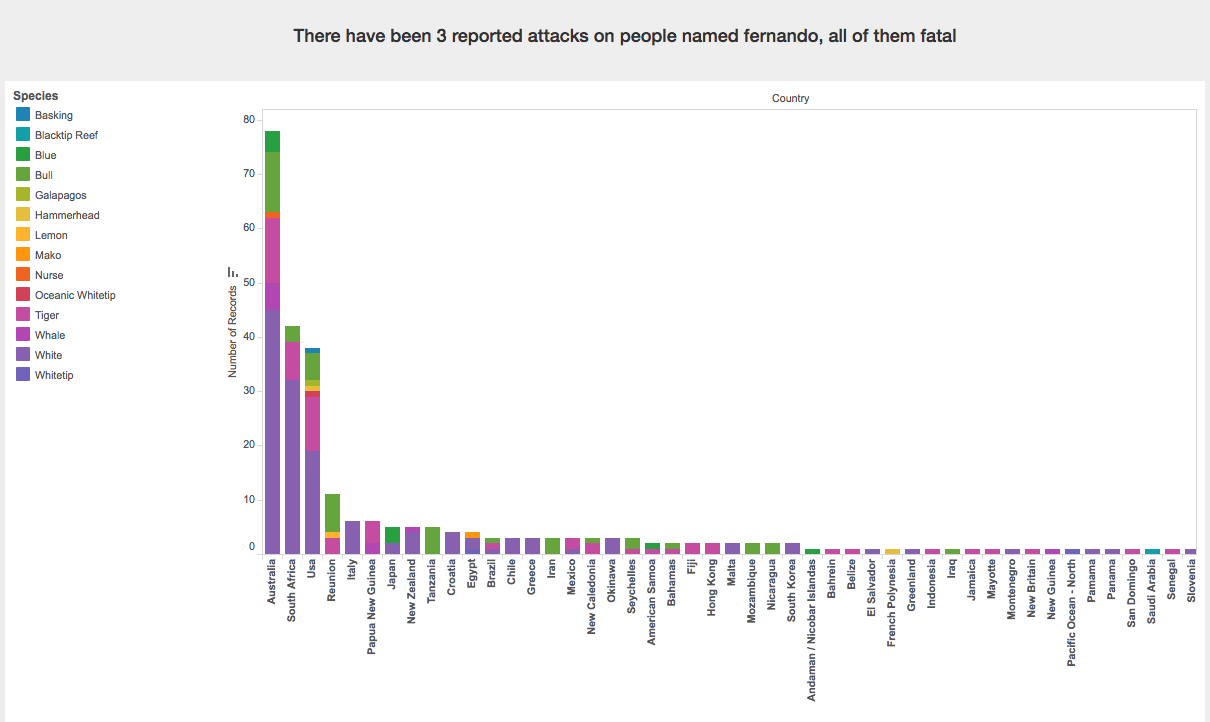 3. Sharks have a cartilaginous skeleton, meaning that when they die, they don’t leave mineralized osseous tissue (bone) behind in the fossil record. Typically, all that remain of them are their bone-like teeth.

Check out this fascinating remembrance piece on her in the Washington Post:

The first time Dr. Clark encountered a massive, pregnant whale shark, off Baja California in 1980, she grabbed on to a fold of skin under the animal’s dorsal fin and rode it for an extended period of time, holding on to her air tank as it slid off her back.

“It was incredible,” Dr. Clark said in a 2008 interview, recalling how she lost sight of her colleagues who had remained on their vessel. “When I finally came up, I could barely see the boat, I was so far away.”

One of Dr. Clark’s most significant academic contributions came in the late 1950s, when she proved sharks could be trained to pick a target based on visual clues and could learn tasks as quickly as mammals. She eventually published her findings in the journal Science.

“It was the first demonstration of sharks’ intelligence,” said Robert Hueter, director of Mote’s Center for Shark Research, in an interview. “Before, people thought these were primitive, dimwitted animals, and she showed they were capable and had an important role in the marine environment.”

Clark had five husbands throughout her life, and in an interview with Florida Trends once reflected, “I want to be remembered as a nice person who didn’t hurt people — except my ex-husbands, maybe.” 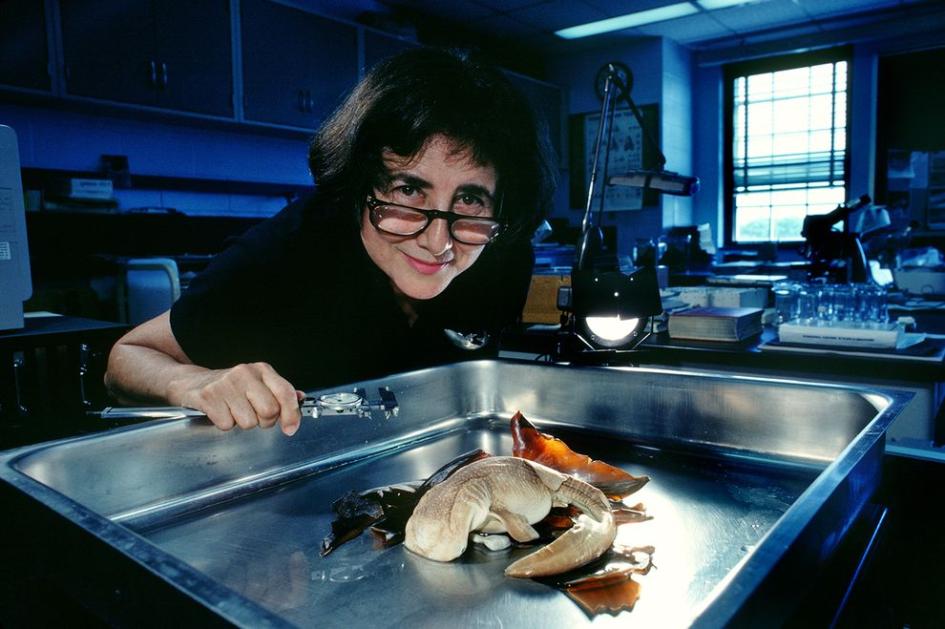 Clark examines a whale shark pup in her lab. Photograph by David Doubilet. Via National Geographic.

The “shark” was actually a simulation, but I’d prefer to imagine that it was Katharine, the “misunderstood but sassy girl just tryin’ to get some fish” who you can follow on Twitter, thanks to @OCEARCH. Katharine is a 2300 lb white shark who was tagged in August 2013 and has traveled 32k miles since.

Live your life to the fullest. #MondayMotivation pic.twitter.com/SGXnb8Yjjh