Today while riding my bike home, I stopped at a stoplight. There were three other people there. Four individuals on bikes at one stoplight. That was a lot to handle to begin with. Then this hipster nodded at me. Not a friendly nod. It was smug. It was self-congratulating. It was a fucking hipster nod. I couldn’t believe it. Sure I had on Wayfarer looking sunglasses (got them for a buck fifty…that’s not slang. They were literally $1.50), a bandanna (my ears get cold), and was listening to Local Natives (if you don’t like Sticky Thread you can just kill yourself) but I’m not a hipster. Off the top of my head, here are a few reasons why. 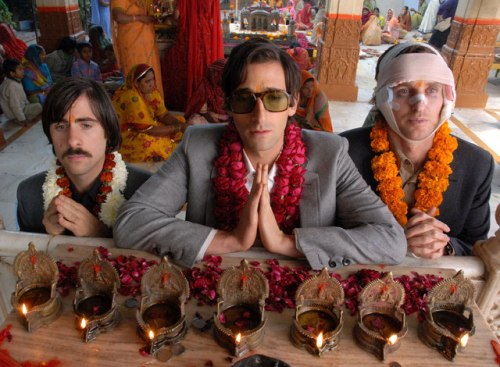 1. I don’t like The Royal Tenenbaums. Not sure why this one popped into my head as a go to hipster flick but it is as are a bunch of others. Including The Darjeeling Limited which I have yet to see. It sounds like it would be an awesome Bollywood film but will probably be hipster nonsense. Netflix says I will give it two stars. Maybe I’ll give it three because of the score.

2. I hate bikes even though it is my primary mode of transportation. But it’s not a fixie because there are these things called hills. Not sure if you fuckers on one speed bikes have heard of them.

4. I am a fan of power clashing grays but my clothes still match. I also layer properly.

5. Wispy mustaches are stupid unless you are dressed as a Mario Brother. Why are they the Mario Brothers? That makes it seem like Mario is a last name. Nintendo, do better.

6. Gays already have the triangle. So what are you doing? 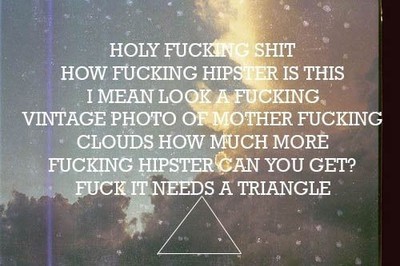 7. I don’t drink coffee. I feel the same way about coffee snobs the way I do about wine snobs. They’re douches. 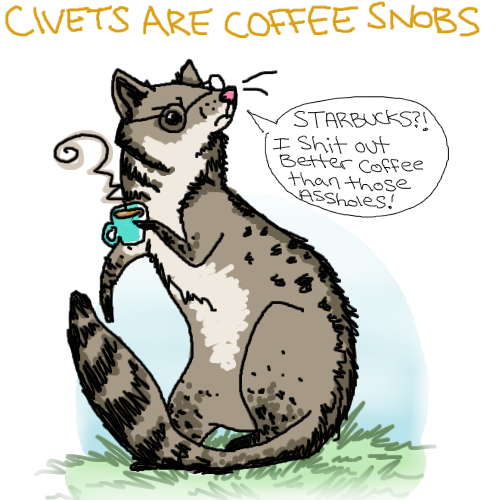 8. I don’t pretend to not give a fuck…I actually don’t. 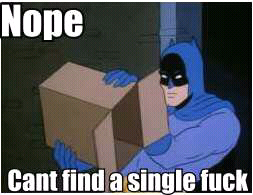 9. I don’t know shit about philosophy unless you count being awesome as a philosophy. Then I know a lot.

10. I don’t have a Mac. I have a huge PC that my mom got from Walmart because that’s how we living.

11. I only read screenplays because I’m too poor to buy books and I don’t want to ride the wheels of death to the library.

12. I’m way better at being sarcastic than hipsters. It’s not even a contest. 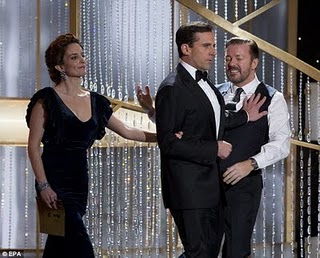 14. Enough with the fucking dubstep.

15. I think I like one Arcade Fire song. In total. 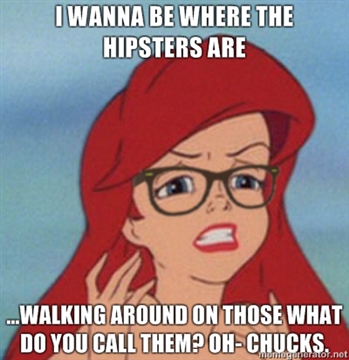 19. I don’t take pictures of myself…but I should. Look at me.

21. I eat meat. Most of which comes from discount grocery stores because organic shit is expensive. I’m still going to live longer than you though so…smart use of money there. 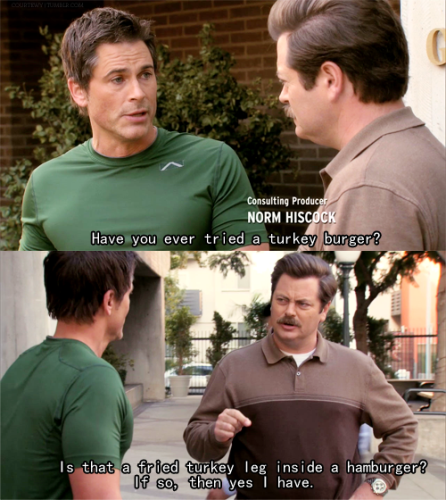 22. I wear pants that don’t show my ankles…because those kinds of pants are capris and I’m not twelve. Either that or you’re flooding which makes you look like the poorest kid from middle school. And when you’re actually broke you do pretty much everything in your power not to look broke.

I know that in the 1940’s the original hipsters were just white kids trying to be as cool as the black people playing jazz. Which brings me to why I truly loathe hipsterdom. It’s an obsession with otherness while still being firmly planted in privilege.

P.S. Have you ever called a hipster a hipster to their face? They get pissed off. It’s hilarious.

Originally published on B is Hilarious. Republished WITH PERMISSION MOTHERF*CKERS.