Today’s link roundup is coming to you courtesy of hugs from my favorite cousin and a “kick that depression’s ass” playlist coming through the speakers (I wish I could share it with y’all, unfortunately it’s not my playlist! But it’s working!). 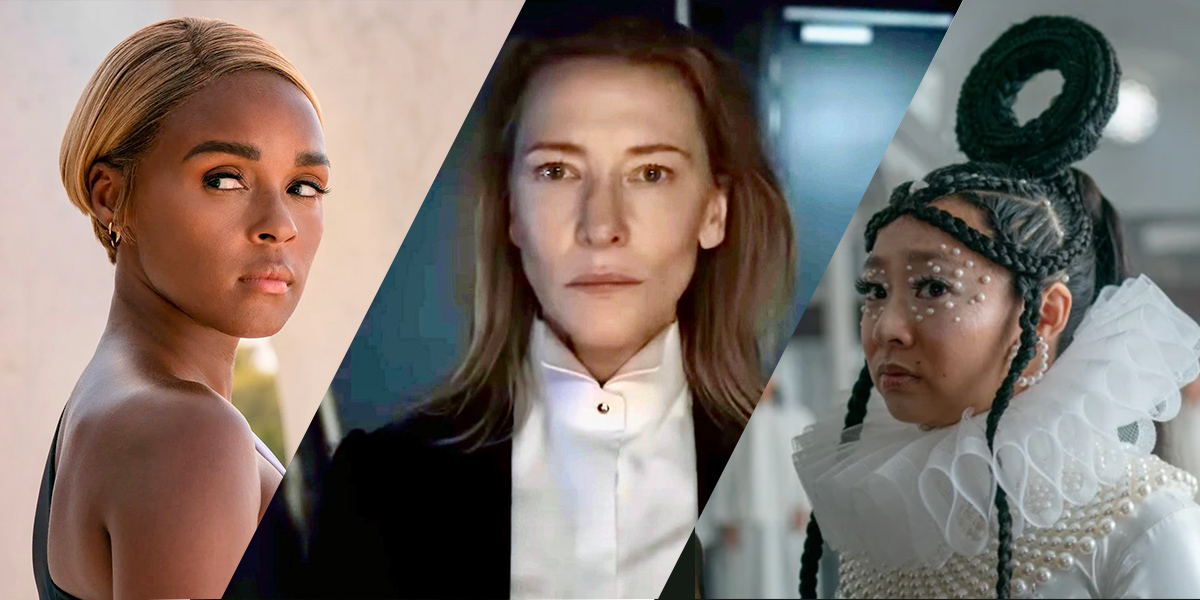 Left to Right: Janelle Monáe in Glass Onion, Cate Blanchett in Tár, and Stephanie Hsu in Everything Everywhere All at Once.

2023 Oscars: Here Are All the LGBTQ+ Nominations. Highlights include: Everything Everywhere All at Once received 11 Oscar nominations (including Stephanie Hsu as Joy Wang); Tár landed six nominations (including Cate Blanchett in the titular role that not a single queer person can stop talking about); and also Lady Gaga’s “Hold My Hand” is nominated from the Top Gun: Maverick soundtrack.

Of course, queer news aside, the one person I cannot stop screaming about is Angela Bassett’s nomination for Wakanda Forever. They’ve owed her this Oscar since 1993’s What’s Love Got To Do With It (I said what I said), they damn sure better let her collect her things. It’s also hard not to feel some kinda way about all of The Woman King snubs — which was definitely the talk of the Autostraddle slack today — so you can read more about that here: The Oscars Shutting Out ‘The Woman King’ Is a Real Disgrace

While we’re still talking queer film news, Sundance 2023: The Buzziest Queer Films at This Year’s Festival. Am I’m including this so that I can plug Autostraddle’s Sundance coverage? You know I am.

Vanessa found this, and I agree with her that it is incredible!!

Hi everyone, today I'm uploading the first 20 issues of New York Native newspaper scanned off microfiche to archive dot org. Probably NYC's premier gay newspaper in the '80s, they were first reporters on the AIDS crisis. You can find the first issue here:https://t.co/R5y523uC0m pic.twitter.com/jWWJ3JPRAx

How Comics Changed Queer Americans’ Lives — And Why Bans Might Backfire. “Artist Alison Bechdel and filmmaker Vivian Kleiman discuss the 1980s rise of queer comics, the importance of representation and creative breast censorship.” All they ever have to say is Alison Bechdel, and I am there!

How Jinkx Monsoon Became a Broadway Star in Chicago, the owners of the Yikes team (the kind tech people who keep our website running) went to see Jinkx in Chicago and Jinkx seemed so sweet in the autograph line after the show! I’m happy for all of their success.

Hormone Therapy Improves Mental Health for Transgender Youths, a New Study Finds. On one hand, duh — but if bad faith journalism and the right wing is going to keep attacking gender affirming healthcare for kids as dangerous or “evil,” let’s keep screaming this from the rooftops.

We Must Respect the Neurodivergent’s Rights. “As a neurodivergent CT policymaker and activist, I want to ensure we all have better education on sensory concerns and considerations.”

How to Completely Own an Airline in 3 Easy Steps

And speaking of things you can do in “three steps” – I loved this for reasons I can’t quite explain? Good advice here to consider: 3 Steps to Age Exuberantly

In full honesty, this isn’t a “political snack” — a tittle that’s purposefully quippy and playful — because what is happening with violence and mass shootings in this country goes so, so far beyond any of that. This is a root decay in America that effects us on a core level. That said: January Brings at Least 39 Mass Shootings So Far

And of course, in part this is at the front of my mind because of the shooting in Monterey Park over the weekend, which came right as so many Asian families were celebrating Lunar New Year. The official GoFundMe for survivors’ still hasn’t made their goal, if you’re looking to do some net good today: Monterey Park Lunar New Year Victims Fund