This week on Kat Dennings’ Boobs’ Show there was a lot of Facebook, a lot of shopping, and a lot of horse walking. Do you call Goodwill, “The Will”? Apparently it’s a thing… on this show. Not anywhere else though. 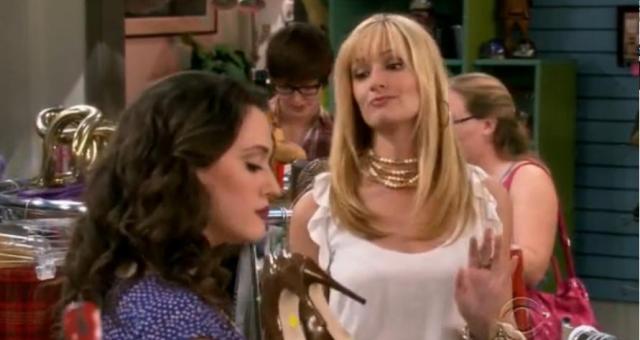 There were a lot of hipster or lezzer moments

Han: Max, three weeks in a row you have not yet accepted my request to be a facebook friend.

Max: Stop fighting it. Just give into it. I don’t know why I’m quoting a rapist.

Max: Well your father has probably made that many new friends in prison so it all evens out.

Caroline: Max, a woman in my section wants to know if we do anything gluten-free, what do I tell her?

Caroline: I hope you’re happy. I look like a Cambodian stripper. 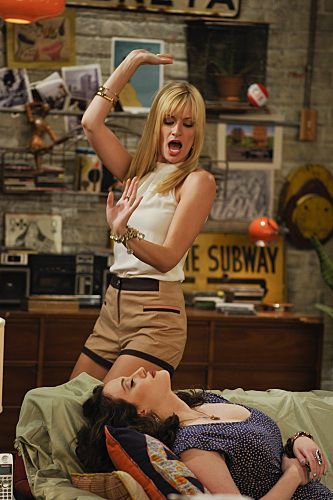 Max: If that’s your tequila noise, God knows what your orgasm sounds like.

Do people have tequila noises? Are they similar to orgasm noises? If someone takes shots in silence, should you assume they also orgasm silently? Or is it an inverse relationship? The quieter the tequila noise, the louder the orgasm? What if you don’t drink tequila? Does that mean you don’t have orgasms? Can drinking tequila cause an orgasm?

I enjoyed this episode more than the other two. Maybe because it’s starting to break away from the confines of the restaurant and all the wack characters there. I’m still annoyed by the horse. If they’re going to keep it on the show, it could at least come out. Is the show getting better? Or am I just really tired?