I’ve never been a huge fan of Halloween, due to being scared of draculas and zombies and, well, everything — but what I do love is Halloween episodes of TV! Not just because shows often break from their traditional format to do something special for the spooky holiday, or because some shows get into a great running gag groove, but also because I love seeing what my favorite TV characters choose for their costumes. It’s like getting a look inside the brains. We know how we see them, and when they dress up as other people, we get to see how they see themselves. Below are 15 times your favorite TV characters dressed as your favorite feminist icons on Halloween. 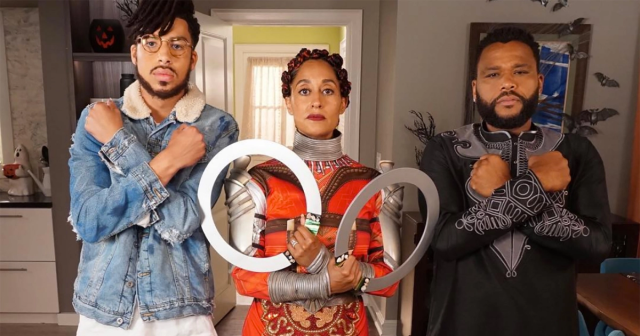 I’m trying to think of something more badass than Tracee Ellis Ross as Lupita Nyong’o’s Wakandan spy Nakia — and I’ve got nothing. It’s the greatest possible feminist inception. 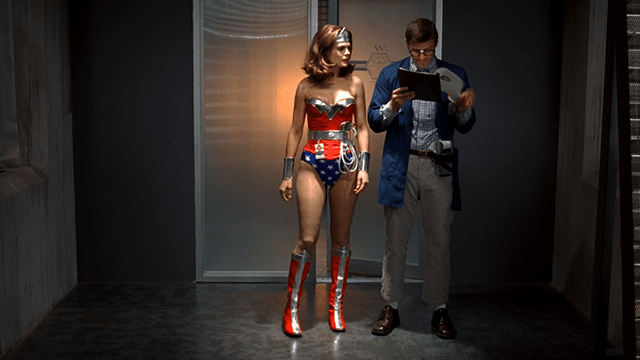 Brennan didn’t even want to participate in Halloween but when she finally gave in and showed up in a full Lynda Carter-esque super-suit she made everyone’s eyeballs bug out of their heads like a bunch of cartoon coyotes (including mine).

Leslie Knope as Rosie the Riveter, Parks and Recreation 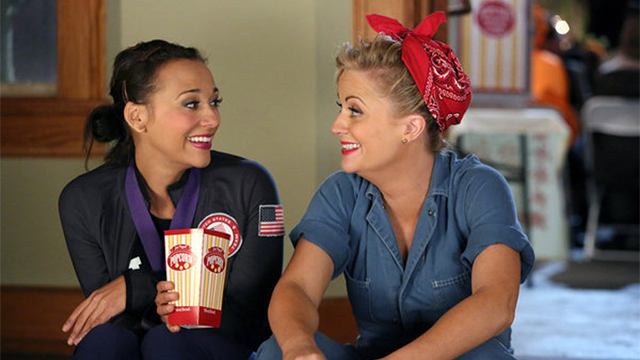 “Halloween Surprise” has maaaaybe the sweetest marriage proposal in the history of television, plus Leslie Knope in the Leslie Knope-iest costume you’ve ever seen. 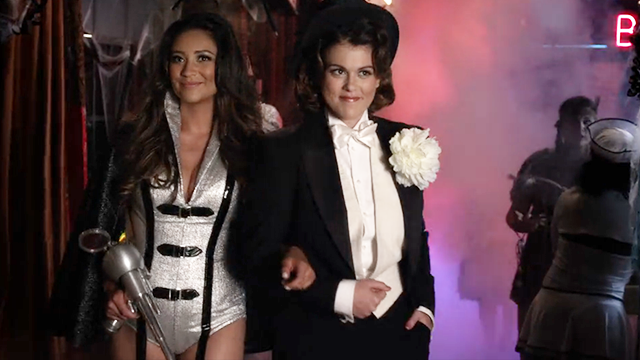 Pretty Little Liars 313 “This Is a Dark Ride”

Back when Pretty Little Liars was off the rails in a good way, it dropped a between-seasons Halloween episode that featured Adam Lambert, the righteous murder of a longtime Liars’ foil, and Paige and Emily in their sexiest costumes, so very in love. 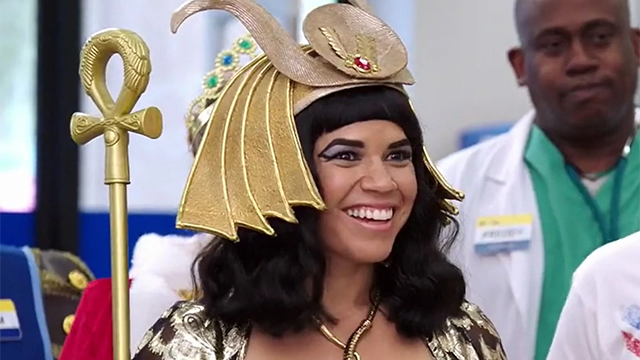 My favorite running joke on Superstore is Dina’s hot cop Halloween costume but Amy’s season two Cleopatra is such an amazing peek inside her usually buttoned-up psyche I have to include it on this list. Long may she reign!

Evan Huang as Agent Dana Scully, Fresh Off the Boat 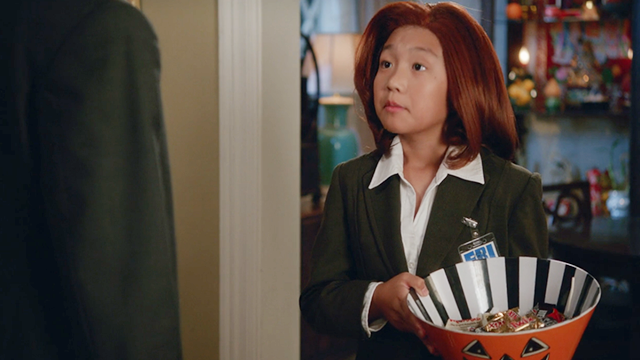 Evan and Emery’s couples Halloween costumes are always so good — Hannibal Lecter and a literal lamb? Come on! — but this year’s was especially excellent. Emery is Mulder and Evan is Scully as they spend the entire episode trying to unravel the supernatural mystery of one girl in five different costumes. (Runner up trophy to one of my all-time favorite Halloween costumes: Jessica Huang as Jennifer Hong.) 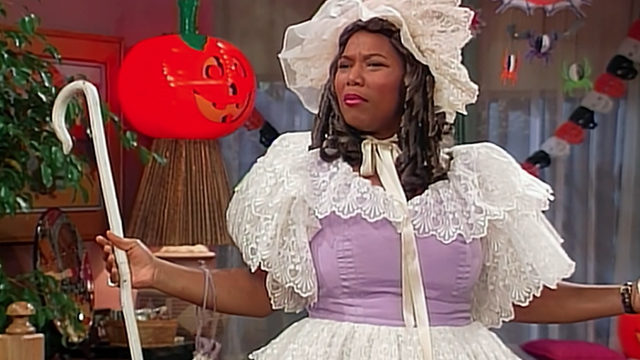 I’ll never forget watching “Trick or Trust” in high school and seeing Queen Latifah in this costume and over-identifying with how silly she looked in this dress and how silly I felt in dresses (while secretly plotting to also become a writer and editor for a major magazine). Also, it gave us one of the greatest dancing scenes on TV.

Britta as Scout Finch as a Ham + Shirley as Princess Leia, Community 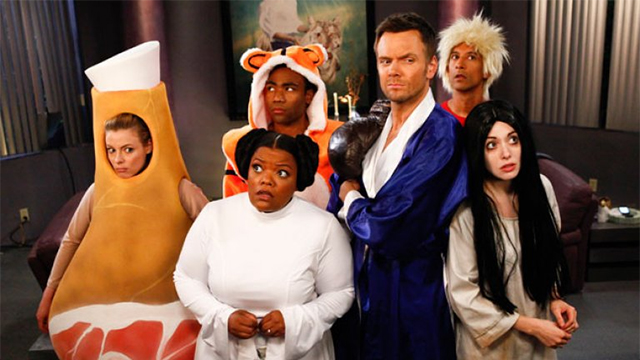 In their first two Halloweens together, no one in the study group knew what Shirley was dressed as so she finally just went classic Leia and nailed it in season four. And Britta dressed as Scout Finch dressed as a ham from the end of To Kill a Mockingbird is probably the most Britta thing to ever happen. 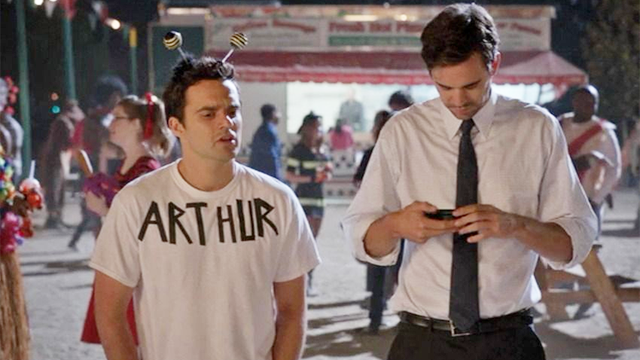 I know, I know — but Nick Miller always seemed like such a lesbian to me and this costume remains one of the laziest, most brilliant costumes I’ve ever seen. 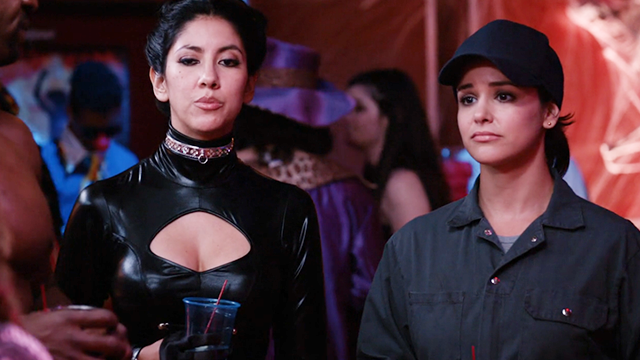 My actual favorite costume Rosa has ever worn is when she dressed up as, essentially, Stephanie Beatriz in season two’s “The Mole,” but a close second is her Catwoman because it’s basically just what she wears every day, only she put a cat mask on top of it for her party bus ride.

Willow Rosenberg as Joan of Arc, Buffy the Vampire Slayer 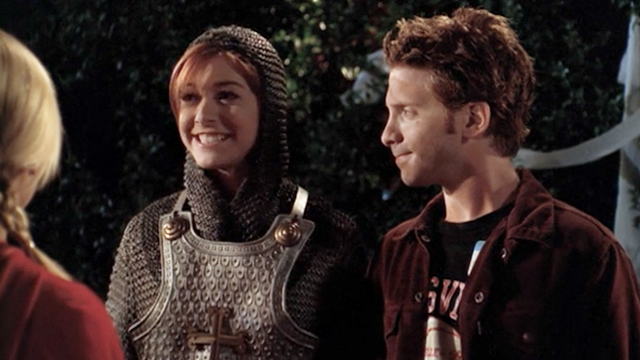 You know, because of how they were both almost burned at the stake — and are so close to God. 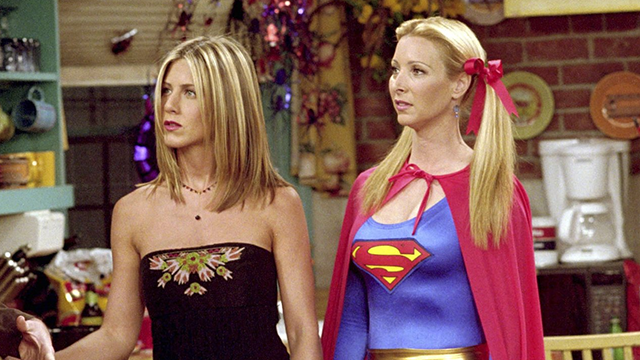 Friends 806 “The One With The Halloween Party”

Before there were so many superhero movies and TV shows it was such a surprise and a joy to see women superheroes show up on television. Here’s Phoebe doing it in 2001! (Bonus rivalry with Monica’s Catwoman.) 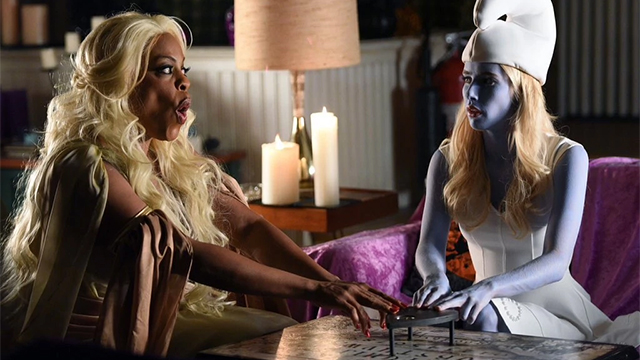 Niecy Nash was always the best part of this terrible show and her quick turn as the Mother of Dragons was as inspired as it was hilarious.