“Are these expression of physical desire? Formulaic expressions of friendship? Or sometimes one, sometimes the other, sometimes both? What might it mean that a woman would imagine traces of another’s kisses on her face when the two had never met? After all, what counts as sex?”

Though the women below might not have been together according to the way we think of being together (and imposing contemporary ideas of sexuality on them is incorrect), it’s clear from their words that their relationships were passionate and full of sex sometimes and love and longing always. 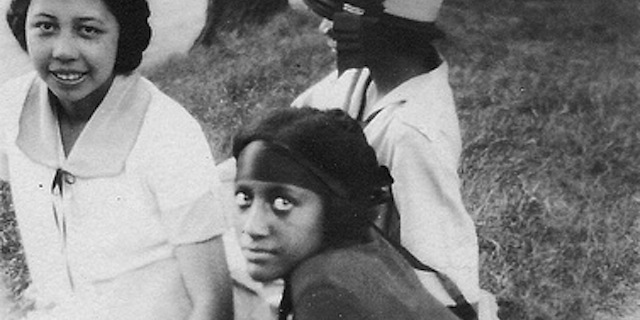 “O my Dear Friend how I did miss you last night I did not have any one to hug me and to kiss. Rebecca don’t you think I am very foolish. I don’t want anyone to kiss me now […] no kisses is like yours.” 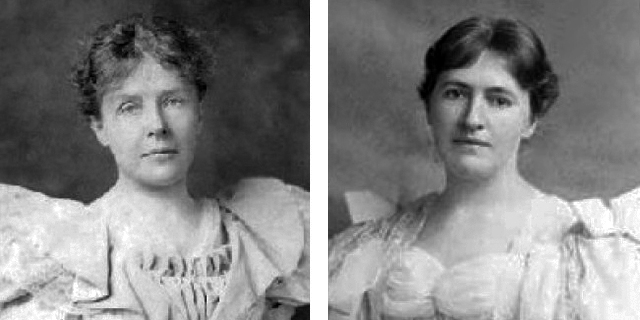 Writer and scholar Rose Elizabeth Cleveland, the sister first lady of President Grover Cleveland until his marriage, met widow Evangeline Simpson in Florida in the winter of 1889–1890. Evangeline later married a bishop, but the two rekindled their romance in 1910, moved to and lived in Italy together, and remained together until Rose’s death in 1918. In 1890, Rose wrote Evangeline:

“Ah, Eve, Eve, surely you cannot realize what you are to me — What you must be. Yes, I dare it now — I will no longer fear to claim you — you are mine by everything in earth and heaven — by every sign and spirit and body … Give me every joy and all hope. This is yours to do.”

“My Eve looks into my eyes with brief bright glances, with long rapturous embraces, — when her sweet life beneath and her warm enfolding arms appease my hunger, and quiet my soul and carry my body to the summit of joy, the end of search, the goal of love.” 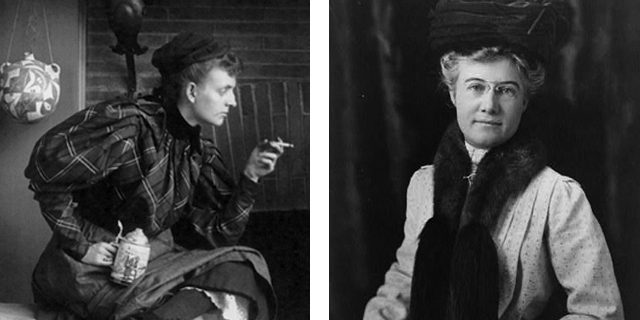 Photojournalist Fannie Benjamin Johnston met Mattie Edwards Hewitt, a home and garden photographer, around 1894. In The Woman behind the Lens: The Life and Work of Frances Benjamin Johnston, 1864–1952, Bettina Berch writes, “From the closeness of their working life together, from the tone of their letters, from the emotional storm of their breakup, it would seem that Mattie Edwards Hewitt was Johnson’s lover.” In a note between 1900 and 1909, Mattie wrote Fannie:

“I slept in your place and on your pillow — it was most as good as the cigarette you lit and gave me all gooey — not quite, for we had you and the sweet taste too — I am foolish about you I admit.” 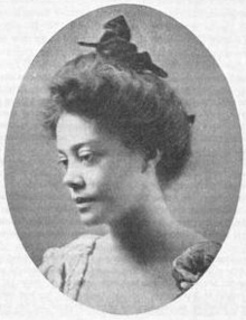 Harlem Renaissance poet Alice Dunbar-Nelson met Fay Jackson Robinson, a younger journalist and socialite she called her “little blue dream of loveliness.” Though they separated because of distance, affairs and miscommunications, Alice still called the day they met her “One Perfect Day” and recorded fragments of the poetry she wrote for Fay in her diary. On April 12, 1930, in a fragment of a surviving poem, Alice wrote Fay:

“You did not need to creep into my heart
The way you did. You could have smiled
And knowing what you did, you have kept apart
From all my inner soul. But you beguiled
Deliberately.” 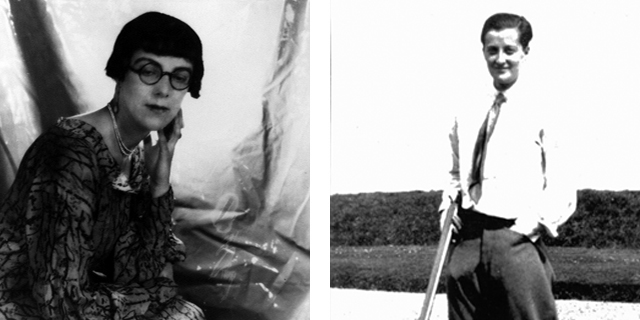 Novelist Sylvia Townsend Warner met modernist poet Valentine Ackland in 1930. The two fell in love quickly, and lived together from 1930 until Valentine’s death in 1969. On March 25, 1931, Sylvia wrote Valentine:

“I have said nothing about ourselves to [my mother]. She would not understand, nothing is real to her and while she is in that state it would do more harm than good. But do not think that for this, my dear, my heart wavers a moment in its duty. If explaining, at any rate, abiding by our love and living together is to be difficult or painful, that only strengthens and enforces the need to explain and abide by. And if I am not to be yours on easy terms, I am the more yours; and the better wife in my own eyes, to be thought a bad daughter.” 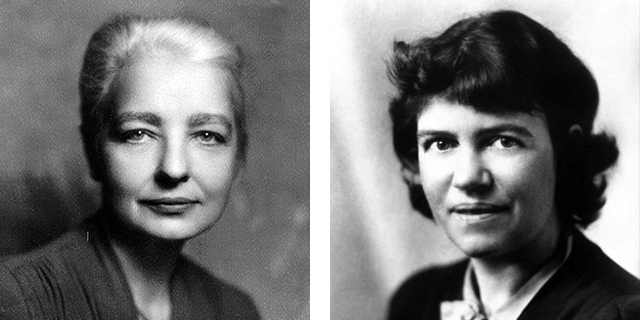 I am very happy and an enormous number of cobwebs seem to have been blown away in Paris. I was so miserable that last day, I came nearer doubting than ever before the essentially impregnable character of our affection for each other. And now I feel at peace with the whole world. You may think it is tempting the gods to say so, but I take all this as high guarantee of what I’ve always temperamentally doubted — the permanence of passion — and the mere turn of your head, a chance inflection of your voice have just as much power to make the day over now as they did four years ago. And so just as you give me zest for growing older rather than dread, so also you give me a faith I never thought to win in the lastingness of passion.