Princeton University hosted the 5th annual IvyQ conference, which invites LGBTQ-identified students and allies who attend Ivy League Universities to get some knowledge and network the thirst. Although I’m a senior, this year marked my first (and therefore last) venture into the land of ivory-tower queerness. Here are a few things I learned from my exploits. 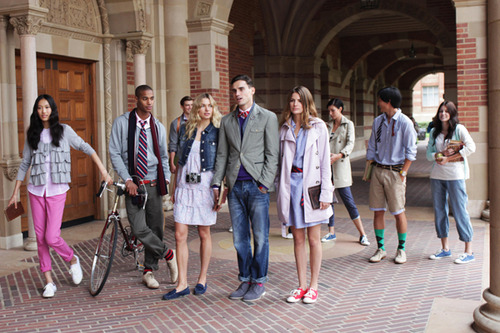 “But we just want to theorize about theories about the reality of oppression, all while looking uncomfortably fashionable”

In a lot of mainstream social justice circles, the phrase “check your privilege” becomes synonymous with recognizing that social institutions and systems grant you certain benefits at the expense of other individuals or groups. At IvyQ though, the very notion of a conference almost exclusive to Ivy League students definitely invokes a brand of elitism. All of our schools were built on land violently stolen from indigenous people, constructed by slave labor, and designed to benefit from a capitalist class structure that values people based on their socioeconomic status. That’s a whole lot to work through, but we can’t hope to fight heteronormative, dominant cultures and to campaign for LGBTQ rights without challenging other systems of oppression that allowed us to be at that conference.

I’d be lying to say that everyone at the conference worked to dismantle Oppression, or that I even succeeded at checking my own privilege all of the time, but many of the workshop facilitators encouraged students to not only acknowledge our privilege(s), but also to interrogate, restrain, and rectify the faults of our privilege(s).

It’s really tempting to hang out with your friends all weekend and gawk at the beautiful people who happen to be at the conference, but it’s a really good idea to… ya know, talk to some people. You can hang out with your friends back at school. Take a chance flirting with the beautiful woman with a septum piercing and a tattoo of a Toni Morrison quote. Ask an alum how they negotiated the workforce and getting hired while being a militant queer. Dress up in drag and dance your ass off in front of all of your peers, and then let them praise you for the next two days. Do all of the above. 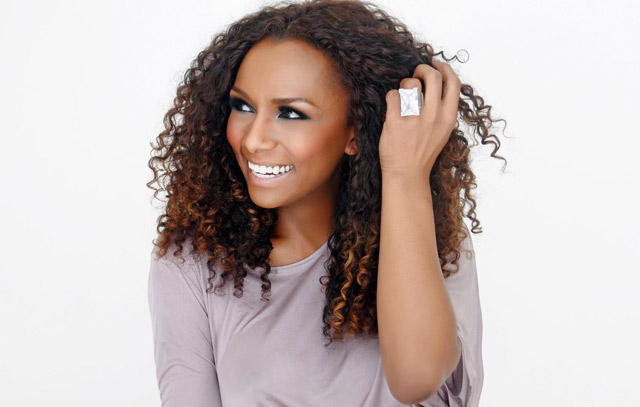 3. Janet Mock is a goddess

“Never underestimate the power of your voice and your experience,” Janet Mock encouraged a crowd of college students at her keynote address. In the realest speech I’ve ever heard, Mock not only strove to transform disenchanted, queer students into confident activists and advocates of their own rights, but she was also so honest about her own struggles and was not ashamed to share her sorrows. Mock, without a doubt, had a horrendous week, thanks to Piers Morgan, but still took the time out to uplift a group of young scholars — many of whom (like myself) will never experience the painful reality of Black trans* womanhood. “There is strength in vulnerability,” she asserted, wiping tears from her eyes. “I can be scared and strong at the same time.” Thank you, Janet Mock. You never cease to inspire.

See, what some people had thought was that a school with a huge endowment like Princeton was gonna feed us like monarchs. WRONG. Lezbe real, they were not trying to spend more money on us than necessary. Being a senior, I anticipated the administrative trifling that took place when lunch time came around on the first day and they handed me half a sandwich*. Thankfully, my backpack was stuffed with two bags of Smartfood popcorn, a box full of oatmeal, a jar of peanut butter, some tortilla chips, a box of instant mediterranean couscous, an apple, an avocado, and three packets of hot chocolate. No, I did not finish the entire backpack of food in four days but I definitely was prepared. 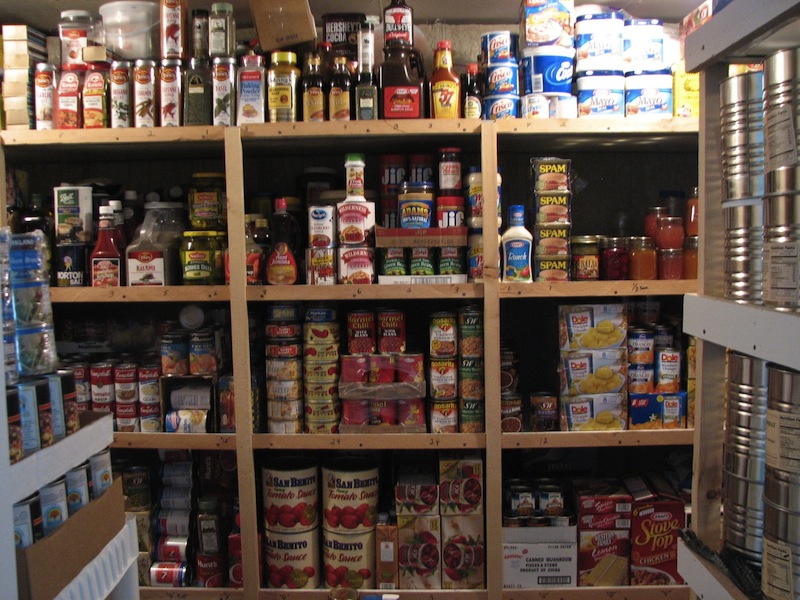 This is what the inside of my backpack looked like.

*In all honesty, some of our meals were provided and I had the privilege of having the means to buy food if/when worst came to worst.

At the beginning of day one, you are the bounciest, most jubilant little queer the world has ever seen. You go to event after event, trying to meet people and attending workshops with intense names like “Body Party: Queer Bodies, Sex and the Media,” or “Queer and Trans Resistance and Resilience in a Time of HIV Criminalization and Mass Incarceration”. So cute.After lunchtime, something chemical starts to happen within you and suddenly it’s so hard to keep your eyes open. Instead of listening to the workshop facilitator, you’re planning the next zine about orgasms you want to write, and you’re resisting a strong urge to play Candy Crush on your phone.

Take a break! It’s not a bad reflection of your rainbow spirit if you need some space. Go take a nap (maybe with that aforementioned cutie with the Toni Morrison tat, if you play your cards right). Wander around and explore the campus. Maybe even crash a frat event, a sports game, or another conference that happens to be taking place at the same school on the same weekend. (I personally crashed the Vegan Conference because I figured that a convention of vegans has to be pretty queer.) Once you’ve recharged, you can go back to being your bouncy, jubilant self.

6. Staceyann Chin is everything

I would consensually have her babies any day. I’ll let her humor, wit, and brilliant writing speak for themselves. Excuse the shoddy video quality.

7. Exclusion is a thing

Remember that time bisexuals said that they felt excluded from LGBTQ communities because of biphobia? Biphobia is still a thing! Remember that time trans* people were marginalized within a marginalized community? Guess who’s still marginalized. Asexual people, people with mental or physical disabilities, and intersex people, among others, join the ranks of groups within LGBTQ communities that often get placed on the back-burner as discussion topics when the rest of us run out of things to say. IvyQ reminded me that we do not have an LGBTQ community if we only talk about the “L” and the “G”. It’s not enough to refer to other identities in a gesture of inclusivity; we need to make sure that we are always tending to the needs of all members of our queer family.

If you don’t like Beyoncé’s latest album you’re going to struggle at parties. Generally speaking, if you don’t like or haven’t listened to Beyoncé’s latest album, you might struggle to understand more than a few queer cultural references. Your peers’ newfound fascination with surfboarts will seem odd. You’ll be unsure how everyone became ***Flawless, though you’ll appreciate the compliments, if not the uncanny punctuation. There won’t be enough partitions to separate you from the Bey-worship. Honestly, I don’t think anyone should force themselves to like Beyoncé if they don’t. Maybe skip a few parties or tell your friends to translate their Beyisms if you’re not one to conform. Or dance your ass off anyway because you woke up like this.

9. Consent is more important than quenching the thirst

I did not realize how strong the hookup culture was at a big LGBTQ conference like IvyQ until I physically attended. Once the sun went down, everyone seemed to turn up. I have nothing against hookups or hookup culture, but I think that our communities do have to challenge the role hookups play in our interactions with one another.

First of all, hyper-sexualizing our communities can leave some people feeling pressured to engage in sexual activities. Any pressure to have sex or engage in sexual activities leaves little room for consent, and if we’re going to create spaces where individuals can feel “liberated” enough to perform and pursue their sexual desires, we must also fiercely endorse consent and respect for other people’s boundaries. Furthermore, we must examine who has access to this hookup culture. For example, some asexual people might find a conference where the most emphasized and publicized social activities promote hooking up as the “norm” and unintentionally alienating of other perspectives. Also, we must consider if the venues and setup of our parties and get-togethers are accessible to people with disabilities of any kind, instead of simply assuming that everyone fits the same socially acceptable standards of ability. It’s not impossible to take multiple perspectives into account, even when we’re hooking up. Likewise, it’s not weird, uncool, or awkward to endorse consensual sex/sexual activities. Consent-focused conversations are always where our discussions should begin when it comes to thirst quenching.

10. Have fun, have real expectations

IvyQ is not without its faults, problems, or shortcomings. IvyQ is also a great place to explore your sexuality and to learn more about issues concerning LGBTQ communities. When heading to a big queer conference, it helps to keep an open-mind about the format, the events and the participants of the conference and to take advantage of every and all resources that you can. All in all, conferences like IvyQ are really about cherishing and embracing your various identities.

Did you go to IvyQ? Have you been to other queer conferences? Let me know about your experiences in the comments!