How would my life be different without the influence of the seminal long-simmering high-conflict gay-coded relationship between Buffy and Faith? Who’s to say. Maybe I wouldn’t still be a full grown adult woman who still finds smoking hot despite herself, and I would probably have made several major romantic decisions in a healthier and more clear-headed way. But we don’t live in that world; we instead live in a world where our worldview was impacted at a formative age by a lot of Joss Whedon banter and knife fights; a world where I’ve thought about where Buffy would wear these bananas Buffy outfits on dates with Faith. You’re welcome; I’m sorry. 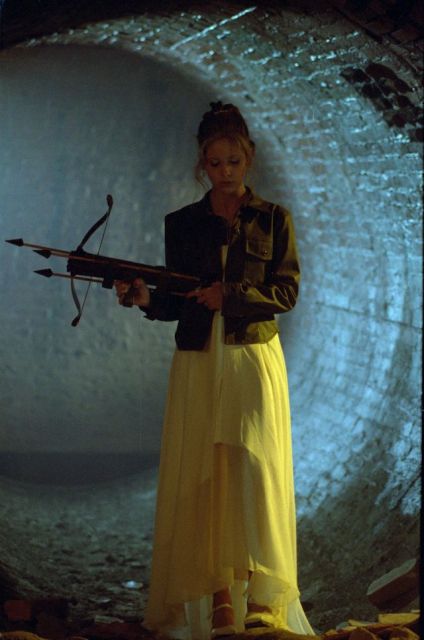 Paradoxically, this outfit’s appearance on Buffy itself is what really made it as a look; thanks to Buffy wearing this look to briefly die while murdering a super old vampire in an underground cave in the Season 1 finale, the ground is broken for Buffy to wear it while Faith takes her to Denny’s for late night hash browns and eggs after prom (Faith did not go to prom, but stayed at home practicing cool knife tricks while waiting for Buffy to get done). 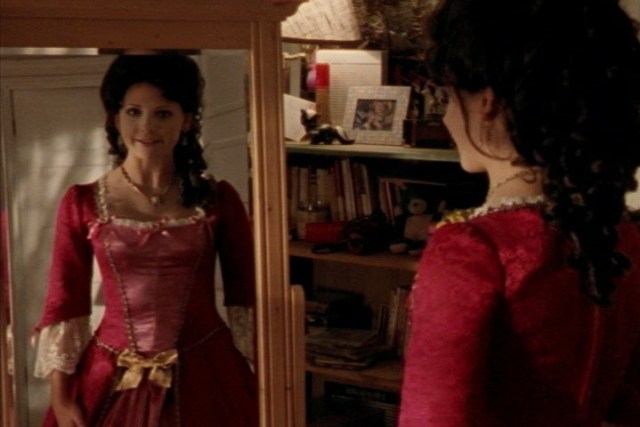 Are you really even gay if you’ve never gone with a crush to a Ren Faire? Probably, but why would you? Buffy and Faith, ever-embattled, deserve the simple joy of spending an afternoon overheating in a corset in August in central Pennsylvania, eating roasted turkey legs and having a tarot card reader who goes by Gwyneth lie to your face. 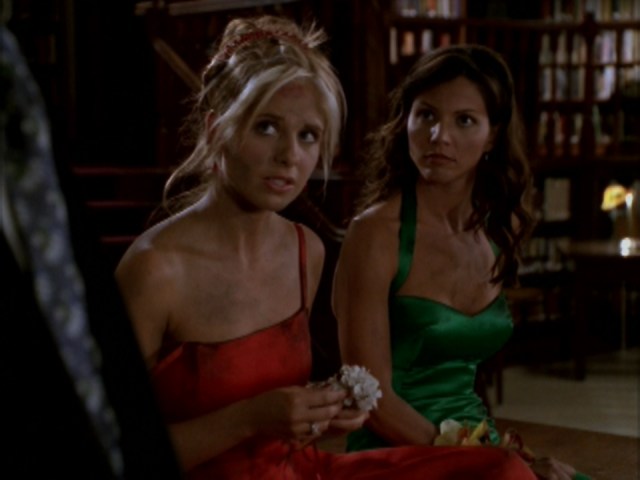 The 90s are back, but also for Buffy, who is frozen in time as well as the Hellmouth, the 90s never left. This was Buffy’s homecoming dress, but works just as well for a romantic dinner out at Sunnydale’s finest house of cuisine. Faith orders bread sticks and a grilled cheese, obviously. 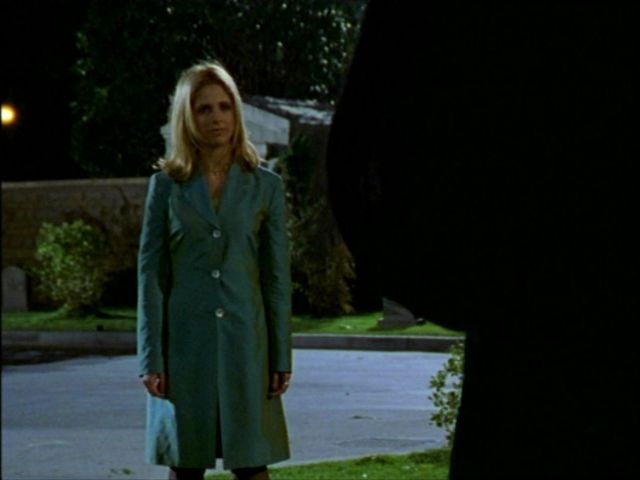 The businesswoman’s special! This carries unbearably strong Checking Into a Bed n’ Breakfast in Connecticut energy. What will they watch on pay-per-view in the maybe-haunted four-poster bed? Is the housemade granola any good? Whatever happens, this seafoam trench coat is ready. 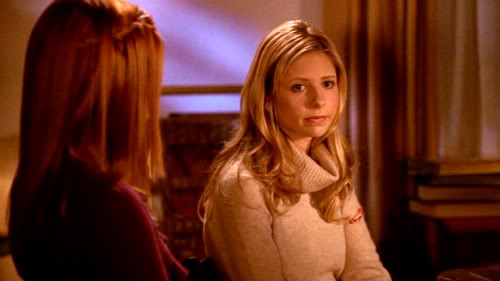 A somber look for a somber occasion: a processing date, the kind preceded by a text that’s like “can we talk? I’m just feeling in like, a weird headspace and like I need some clarity :/”. Is the processing date on a windswept, overcast beach? Perhaps; perhaps it’s a dimly lit coffeeshop with watercolors for sale on the walls and a steaming cup of chamomile tea between them. Regardless of exact location, at the end of the day this outfit says “we have a lot to circle around without clearly resolving and then sort of giving up on addressing because my parents come into town this weekend, but that I will bring up in six months when we fight again.”

6. That One Cheerleader Outfit 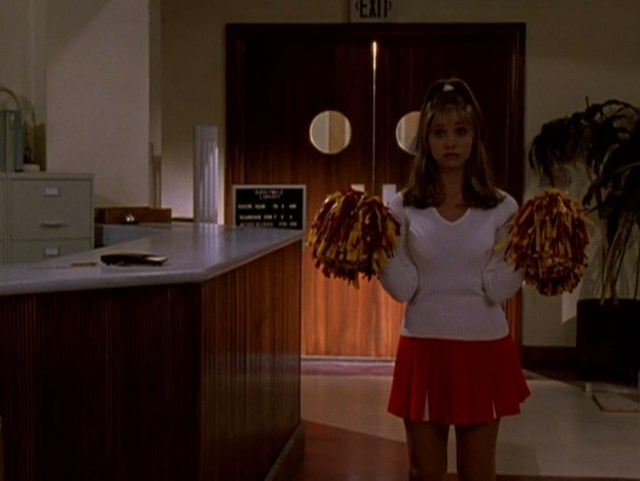 It’s a little on the nose but sometimes that’s fun! This outfit demands a level of commitment to the bit: a full-on Normal Rockwell malt shop date, two straws, once ice cream float, one varsity jacket. Does the varsity jacket end up draped around Buffy’s shoulders? Is this a roleplay setup? Does this fanfiction already exist? Probably; please link me. 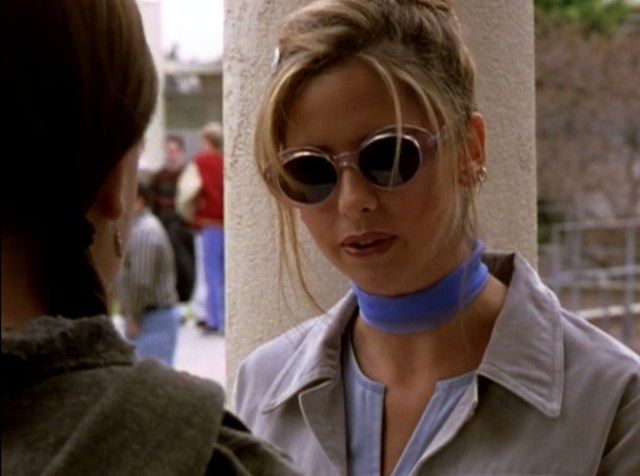 This outfit is, frankly, baffling — it does, however, suggest an air of intrigue and mystery that could be fun. Fitting for a langurous drive along the California coastline with a scarf tied around their hair and some Thelma & Louise vibes, or checking out estate sales for antique weapons. 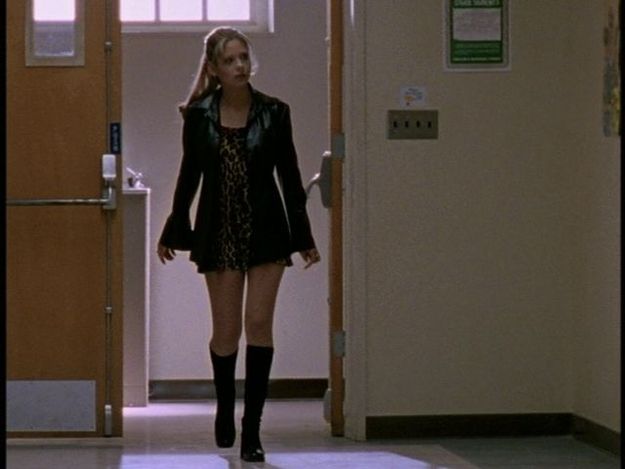 It’s important to demonstrate interest in your partner’s passions even if you don’t share them, and Buffy’s passion is for wearing knee-high boots with skirts. Where will Buffy wear this outfit with Faith? Let’s be honest with ourselves and each other, friends: to the Bronze. There is nowhere else this outfit makes sense but the Bronze. This outfit is part of the Bronze Cinematic Universe, along with the host of 16-year-olds ordering mocktails on weeknights and David Boreanaz hovering in the background, normally and not weirdly, as a fully 28-year-old man. 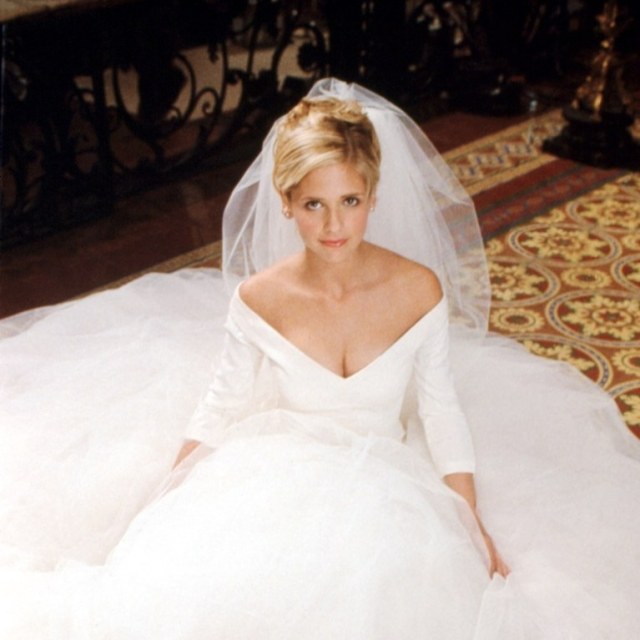 Is it a bit much? Sure. Is Buffy also a bit much? Yes! Let’s imagine the over-the-top frothiness of the skirt on this in counterpoint with a sleek, tasteful white pantsuit for Faith. It’s probably leather, unfortunately, but what can you do. Yes, this dress is based in Buffy’s dream sequence wedding to Angel; fortunately for us all, since that original airing same-sex marriage has been legalized on the national level, including Sunnydale, so Buffy is free to have her wedding date with Faith instead. 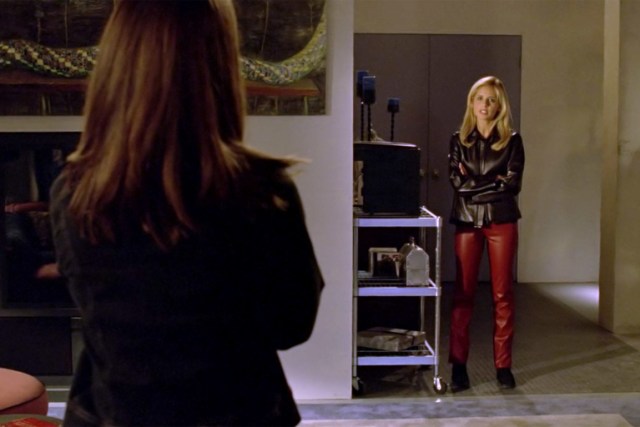 The best outfit Buffy has ever worn is perfect for her dream date with Faith and mine: a brutal no-holds-barred knife fight. Love wins!