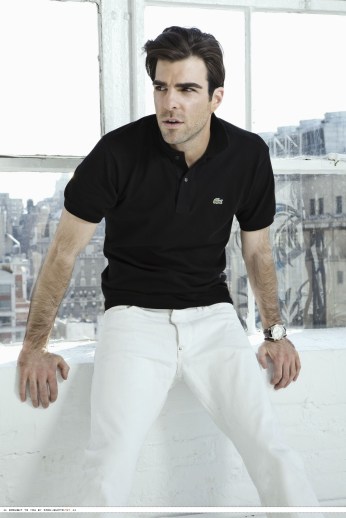 Hey, did you know that Zachary Quinto (Star Trek, Heroes) is gay? Many have known or suspected as such for quite some time now, which posited Quinto squarely in that camp of “guys who everybody knows is gay despite their unwillingness to come out.”

Today, in addition to referring to himself as “a gay man” in an interview with New York Magazine,  Quinto posted a blog about the recent suicide of Jamey Rodemeyer and explained how that made him realize that just living a gay life wasn’t enough unless he had the courage to publicly acknowledge it:

when i found out that jamey rodemeyer killed himself – i felt deeply troubled.  but when i found out that jamey rodemeyer had made an it gets better video only months before taking his own life – i felt indescribable despair.  i also made an it gets better video last year – in the wake of the senseless and tragic gay teen suicides that were sweeping the nation at the time.  but in light of jamey’s death – it became clear to me in an instant that living a gay life without publicly acknowledging it – is simply not enough to make any significant contribution to the immense work that lies ahead on the road to complete equality.  our society needs to recognize the unstoppable momentum toward unequivocal civil equality for every gay lesbian bisexual and transgendered citizen of this country.  gay kids need to stop killing themselves because they are made to feel worthless by cruel and relentless bullying.  parents need to teach their children principles of respect and acceptance.  we are witnessing an enormous shift of collective consciousness throughout the world.  we are at the precipice of great transformation within our culture and government.  i believe in the power of intention to change the landscape of our society – and it is my intention to live an authentic life of compassion and integrity and action.  jamey rodemeyer’s life changed mine.  and while his death only makes me wish that i had done this sooner – i am eternally grateful to him for being the catalyst for change within me.  now i can only hope to serve as the same catalyst for even one other person in this world.  that – i believe – is all that we can ask of ourselves and of each other.

Quinto recently starred in an off-Broadway production of Tony Kushner’s Angels in America at the Signature Theater in New York, playing Louis, the gay word-processing court employee with lofty political critiques and a lover dying of AIDS, who he cheats on with a closeted Mormon. From an article about Quinto from The New York Times almost exactly a year ago:

While Mr. Quinto accepts the occasional fan ambush as part of the movie and television stardom package, he chooses to keep his distance from what he regards as mindless celebrity-gossip culture. “I’m grateful that celebrity or notoriety wasn’t thrust upon me when I was in my 20s, because I think I would have buckled under the weight of it, as so many people do,” he said. “But I’ve come to realize through experience that ultimately I really do have a lot of power in terms of the way I relate to the public or to people outside of my intimate circle of friends and family. Boundaries are very important to me.”

Despite Mr. Quinto’s efforts to keep his private life private, the blogosphere is rife with speculation about his sexuality, no doubt fueled by his support for gay rights and organizations like the Trevor Project. He prefers not to feed that rumor mill with either substantiation or dismissal. He speaks passionately about gay marriage, about “don’t ask, don’t tell” and about the recent wave of gay bullying and suicides.

“The fact that these things are such hot-button issues right now, socially and politically, I would much rather talk about that than talk about who I sleep with,” Mr. Quinto said. “I would love to be a voice in this maelstrom of chaos and obsessive celebrity infatuation that says, ‘Let’s talk about something that matters,’ ” he added.

Though many gay actors fear coming out of the closet will impact their ability to earn romantic leads (a concern stoked by people like Ramin Setoodeh), I don’t anticipate that being an issue for Quinto — and that’s good for everybody.

Quinto’s It Gets Better Video:

There’s a lot of honor in this. I don’t fault the celebrities who turn coming out into a publicity event, announce themselves on magazine covers or use it to promote an upcoming memoir/album. After all, they’ve been stalked and analyzed by their fans for years by that point and it makes sense to attempt to harness some of that unwanted attention for profit. That’s their job, after all.

But there’s something especially special about the celebrities who just come out with it, foregoing People Magazine or, seemingly, a consultation with a publicist — who decide that it’s the right thing to do and then they just do it. They just mention it offhand in an interview about something else and they write it on their blog. They don’t send out a press release, they just. do. it. It’s rare, but it happens — like Wanda Sykes, who came out at a Marriage Equality rally in 2008 because it was the right thing to do and she did it.

Today Zachary Quinto just did it, and now he’s one step closer to being forgiven for the 678 nightmares I’ve had about Sylar. 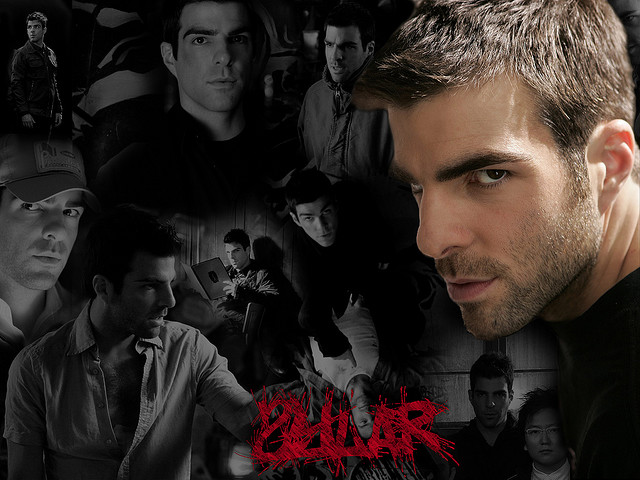