1) Women and/or traditionally marginalized people were involved in the direction, production and/or conception of the work.

3) The work expands the boundaries of sexual representation on film, challenges stereotypes and presents a vision that sets the content apart from most mainstream pornography. This may include depicting a diversity of desires, types of people, bodies, sexual practices, and/or an anti-racist or anti-oppression framework throughout the production.

And of course it must be hot! 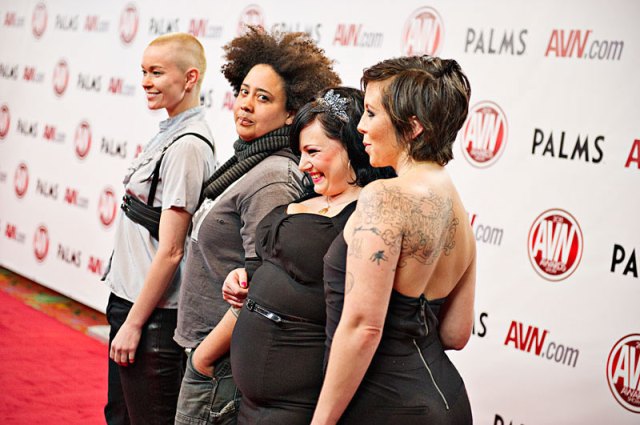 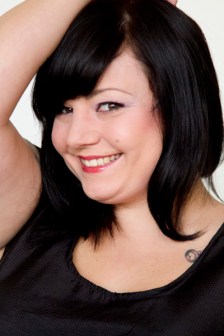 For a company to be ethical, some criteria include company policies and the treatment of performers and crew. At Pink & White Productions, we are transparent about our policies and communicate with performers and crew to ensure informed decisions and consent. Part of this includes a substance-free work environment, performers’ contracts, providing resources for testing and safer sex supplies, communicating with crew and cast about scene ideas and limits, and presenting trigger warnings on scenes where consensual non-consent is chosen by performers. We hope our business practices create a safe environment where people can feel comfortable to have authentic pleasure, and fun!

The ethics of porn are hard to find because it’s an industry with many veils. Following performers on social media will give you a lot of information. Looking at their product as a whole rather than scene-by-scene is also key. A scene in and of itself won’t give you the whole picture because many people choose the studios that are the most respectful to produce the fantasies they need as performers that also make them the most vulnerable. There is no set of hard and fast guidelines but stepping back and looking at the website as a whole can offer help with interpretation. 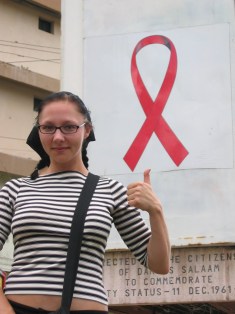 I think looking at self-produced projects are also key. Support the baby projects that are basicly the fruits of pinko-commie-collaborative love.

Some examples of ethical functions that many companies and performers adhere to include STI testing, contracts/written consent, verbal consent and communication, and transparency between the production and it’s audience. For example, a company may have interviews with performers that demonstrate the model’s interests and expectations, and reactions, within being involved in the work. I am a production assistant on the set of CrashPadSeries.com, a site that aims for authenticity, even within scenes that demonstrate role play and consentual non-consent. Even within this transparency of authenticity with the audience, director Shine Louise Houston will talk with models off camera about their boundaries, ideas for the shoot, concerns and desires, all before repeating the conversation on camera — this takes pressure off the models to allow them to be more able to assert boundaries. Naturally, performers still have pressures on the work place, as there’s the interest in doing a good job and setting a good impression, getting hired again, and getting paid.

Models talk to one another, so if a performer has a bad experience, they may tell others in the industry and even critizise publically via blogs. With today’s social media profundancey, often the easiest way to find what a performers’ best scene might be is to simply ask them, or read their blog or twitter account to see what they’re the most excited about.

Do you have any recommendations for our reader? 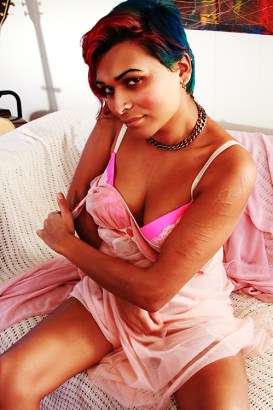 Read more. For me, written erotica was a lot easier to tackle than video productions, and it helped me figure out what sort of stuff turned me on. There’s a lot of great erotica out there—the Best Lesbian Erotica collections are really good, and even mostly-terrible user sites like Literotica usually have a few gems.

My work (queerporn.tv, indiepornrevolution.com, courtneytrouble.com, etc) might be of interest to you as lesbian femme sex is my FAVORITE subject – my newest film Lesbian Curves (lesbiancurves.com) is all femme, all lesbian sex, and features babes of all sizes. My films Roulette Toronto, Bordello, or Seven Minutes in Heaven may also be titles to check out for femme-focused lesbian sex. 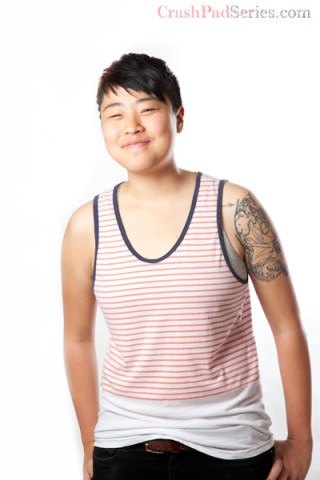 Crash Pad and specifically Shine Louise Huston blows my mind with what they’ve accomplished. They hire ethically, fairly, and in the most incredible environment imaginable. It’s one of my favorite places to work. I work there and it’s like having your faith rewarded that yes, there are studios where performer’s rights and experiences are paramount and Shine is super talented with film and makes a quality product that is revolutionary in its chronicling of the bedrooms of activism. 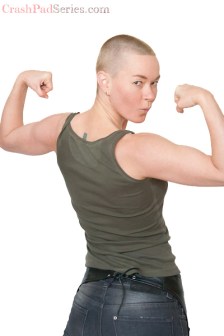 There’s this early scene of Stoya’s where she’s fucking another girl with a strap on; you can find it all over the Internet, I’m sure. It’s grainy, obviously shot in someone’s apartment, and I don’t know what movie it’s from or even who the other performer is. But for whatever reason, I think it’s hot as hell. I don’t know if I’d say that everyone must see it, I don’t know if it’ll even turn you on, but for whatever reason, it speaks to me. It says: “These two incredibly hot girls spend their Saturday nights the same way you do—with strap ons and other incredibly hot girls. And side note, this girl is good with a strap-on.” That scene is why I’m in porn. So: recommended.

You’re evil. You know that? That’s like asking if you could only have the same orgasm and only one way to get off, for the rest of your life, what way would you choose. (Although I guess that wouldn’t adhere to assexual and/or pre-orgasmic folks, but you get my drift. This is a hard question!)

Have a question about sex? Email me at ali [at] autostraddle.com
For 100% anonymity, contact me through Formspring.

Disclaimer: not everyone answering questions will be a medical professional. These are our opinions. These articles about sex are to promote conversation, so if you agree or disagree with what we say, please feel free to leave it in the comments. Discussion, much like sex, is a healthy part of life. And as always, You Do You. Or someone else.