Today, December 1st, is World AIDS Day. There are lots of different ways to recognize World AIDS Day and the approximately 33.3 million people infected with HIV worldwide. President Obama spoke at George Washington University today where he looked to the future of HIV/AIDS treatment. He reiterated Secretary of State Hilary Clinton’s message from several weeks ago about the US’s continuing commitment to fighting the global AIDS pandemic. “Today is a remarkable day,” Obama said. “Today, we come together, as a global community, across continents, faiths and cultures, to renew our commitment to ending the AIDS pandemic – once and for all.” 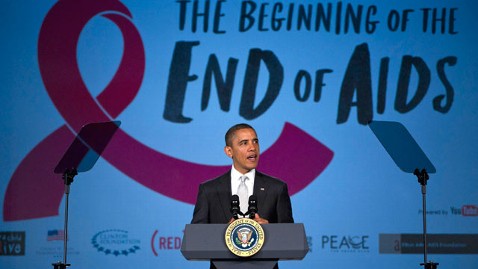 Also looking forward, New York City released new HIV treatment recommendations today encouraging earlier pharmacological intervention for HIV patients. Even Alicia Keys is joining the fight; her Keep a Child Alive documentary is set to air this evening. Even you (yes, you) might want to do some personal prevention awareness. Maybe today would be a good day to review HIV risks for women who have sex with women or the Centers for Disease Control’s HIV/AIDS statistics and fact sheets.

But HIV/AIDS awareness isn’t just about looking forward to the future, but also about remembering those who’ve passed and hearing the stories of their friends and family who survived them. The documentary We Were Here is screening all over the place for World AIDS Day today and throughout December in locations across the US. We Were Here premiered at the Sundance Film Festival and documents the 1980s in San Francisco when the AIDS epidemic was still called the “Gay Cancer” or the “Gay Plague.” It even takes the time to discuss lesbian involvement in outreach and support efforts. We Were Here is definitely worth a watch, I mean, it has a 100% on Rotten Tomatoes. It will also probably make you cry.

If you really want to get teary, try reading through aids.gov’sthirty page gallery of picture of people facing and supporting loved ones with HIV/AIDS. For more ways to raise awareness, check out Amplify’s list of ways to get involved. 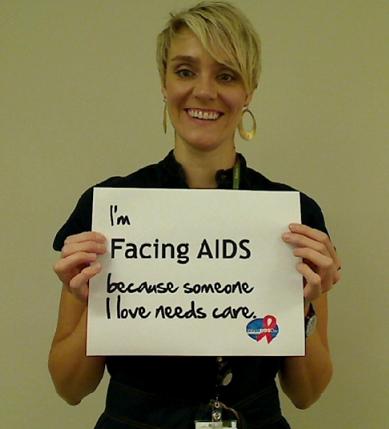