Hey, remember back in April when I was all, “I have a show I’d like to make for you” and then you were like, “Yes, please make that show!“? Well, we’re doing it! And rather than make you wait forever to get all of them at once and then it be over as quickly as it came, we’re going to release the episodes as they’re ready. Does that sound awful? Only if you don’t like surprises! In case you have no clue what I’m talking about, here’s a refresher.

WORDS WITH GIRLS is a mostly scripted but part-improv comedy webseries that focuses on 20-somethings in Los Angeles. When they’re not busy navigating “the scene” or jumpstarting their careers, these women do what the young, gifted and bored do best: shoot the shit. The episodes will showcase the friendship and witty banter of a few women that happen to like women. Word to the Bechdel Test.

In case you missed the first episode, “Semi-“, here it is!

Now before you watch the second episode and become terribly confused, I should announce that Hannah Hart (My Drunk Kitchen, A-Camp aficionado) has joined the cast of WWG! In this first batch of episodes, you’ll be tagging along with Hannah and Brittani as they get ready for and attend a party. Please enjoy “Gussy” at this moment in time.

Now you might have a lot of questions like: When will the next episode be out? When will Lauren be back? Where are my keys? Why don’t you like hummus? And I have answers to some of those questions. But the best thing for you to do to ensure you don’t miss anything is to subscribe to the Words With Girls Channel. Not only will you be the first to know when new WWG episodes are posted, but you’ll be kept abreast of all the other happenings. Like this song or this sketch. You see, I have plans (key word being plans) to have a new video on the channel every week to tide you over between episodes. So watch all the things! Share all the things! Tweet all the things! Because those are the easiest ways to ensure that we can keep making content and I can continue to justify my “artistic” lifestyle. No seriously, it’s important. Thank you and good night! 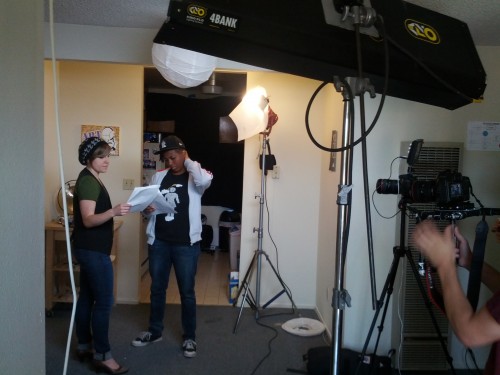