Cathy Minehan’s not afraid of the Old Boys’ Club. As current dean of Simmons College School of Management, the only of the only all-women MBA program in the country and a retired chief of the Boston Federal Reserve, she’s thinks she’s figured out the best way to teach women to navigate the business world: single-sex education.

“Just think about mission-driven education in general—for example, historically black colleges. The schools provide not only a first-class education, but also an environment and culture in which it’s easier to talk about some subjects.

[At Simmons, students] can develop tools to navigate better in the business world because they understand the subtleties of a male-dominated culture in a way that they might not understand in classrooms that are dominated by men.” 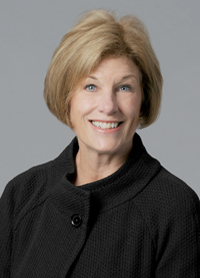 To some, her views are outdated, more in line with feminist thinking in 1975, the year the MBA was launched. Others see them as unrealistic and out of touch with the environments graduates of single-sex programs will encounter. For a handful of critics, though, she’s not radical enough. Why teach women to handle a male-dominated culture when you could be working to dismantle it?

It’s a valid question, especially taken in the context of so much of big business in the U.S. looks like right now. Thanks to “too big to fail” policies, our banks and businesses are never forced to look much beyond profits. While the rest of the world works to figure out how they fit in to a globalized and modernized world, these businesses continue to insist that the world change (or, ideally, not change) to accomodate them. Their boards of directors are filled with university presidents, former politicians and members of the media, ensuring that they’ve got a hand or two in most influential institutions in the country.

But perhaps all this power is part of the reason Minehan’s so eager to teach women to play the game. Maybe she sees a future where women bring their knowledge and experience of inequity to the business world so that they can do more than just manage money.

Minehan’s belief that women learn best in single-sex environments isn’t unfounded. Who among us hasn’t tested out our voices and explored the outer edges of our influence in spaces filled with women? Without first knowing how it feels to operate without gender stratification in place, it’s hard to imagine what that goal looks like. In coed classrooms, she believes that “male leadership roles remain unchallenged, and women are left with ‘play the game our way, or go home.'” If statistics are any indication, the going home is exactly what the vast majority of women have done; only 4% (20 in the top 500 and 21 from 501-1000) of CEOs of Fortune 1000 companies are women.

Instead of vilifying Minehan for caving in, I think we owe her just as much respect as she’s given the rest of us. Unlike some (ahem, Forbes), she believes that women are capable of savvy negotiation and thinks that the unique obstacles we face are worth acknowledging. When asked about Marissa Mayer — the newly named “gender blind” CEO of Yahoo (“With respect to the question of why we can’t get more women in computer science, she said that “just asking the question” may act as a “handicap.”“) — she complimented her for her intellect and changed the subject instead of criticizing her for her views on women in business. She might be playing the game, but she’s doing everything she can to make sure everyone wins.