If I had a dollar for every time I’ve had to write about some Disney character or Marvel superhero who was definitely for sure absolutely no doubt going to be gay this time, and stayed straight anyway, I’d have enough money to make my own lesbian princess movie. But! I don’t need to dream that dream anymore! Because, finally, she’s here! Willow‘s Princess Kit Tanthalos of Tir Asleen, Daughter of Queen Sorsha, Protector of Her Royal Highness the Sacred Princess Elora Danan, girlfriend of Shining Legion Knight Jade Claymore. That’s right, I said “girlfriend” — but first please allow me to list Kit’s Disney Princess qualifications.

Tragic backstory involving at least one parent? Check. Antagonistic relationship with an alive parent? Check. Resents the life that was planned for her? Check. Rebels in the first fifteen minutes? Check. Road trip? Check. Royal blood? Check. Goofy sidekick? Check. Training montage set against a stunning backdrop? Check. Shiny and gritty? Check. Takes turns rescuing and being rescued by her love interest? Check. Surprise awesome outfit in the final act? Check. Handsome consort? CHECK! Happily ever after? Check check check! The only thing Kit Tanthalos doesn’t do is sing, and, frankly, she’d probably destroy you with her withering stare if you even suggested it. 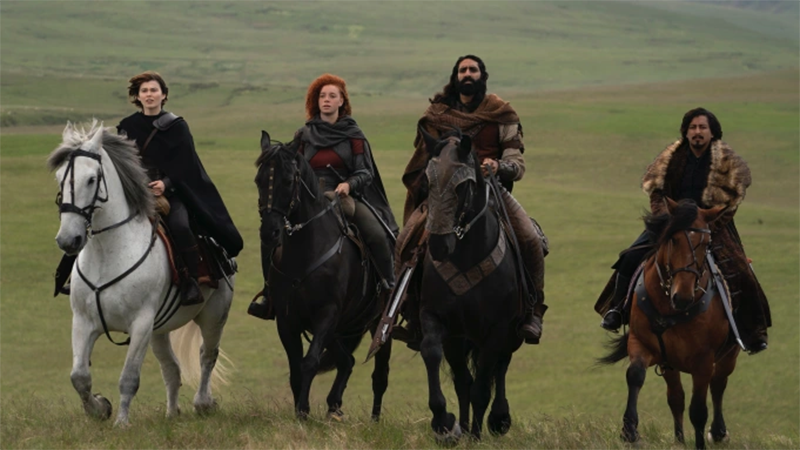 The Princess, The Knight, The Goofy Sidekick, The Aspiring Wizard

When Nic spotted the queerness in Willow‘s first episode, I could hardly believe it. She compared the series to Dungeons & Dragons, and she was right, of course, and in that classic ’80s way like the original Disney movie too. Silly and spooky sword and sorcery! As delighted as I was to see two queer women in my favorite genre, something that’s usually reserved for the rare fantasy book, I still had a hard time believing it was going to be what I wanted it to be. Even though all I wanted was for them to stay gay and alive! But Disney+ dropped the season one finale yesterday, and in the end, the series succeeded beyond my wildest imaginings.

Over the course of eight episodes, our ragtag crew set out to rescue Prince Arik, and ended up saving the world. Kit grew as a person and a princess. Jade grew as a person and a knight. They fought with their words and fought with their swords, confessed their feelings, sword fought some more, saved and saved and saved each other, smooched, and destroyed the bad guy, back-to-back and side-by-side. They said, “I love you.” They lived! 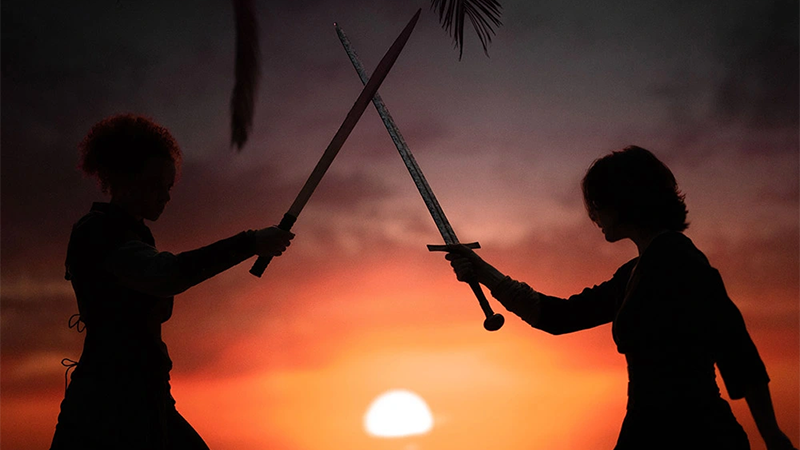 Covering Disney and Marvel’s reluctant dance with LGBTQ+ visibility has been one of the most frustrating things about my 15-year career. For all the screeching conservatives do about Disney being part of the “woke agenda,” actual storytelling involving gay characters has been basically nonexistent. In the last few years, we’ve gotten a handful of throwaway lines from characters like LeFou in the live-action Beauty and the Beast or Loki in his TV series that indicate they’re queer, but we never actually see it.

It’s a maddening irony: Disney and Marvel make the most-watched — and therefore most influential — movies and TV shows in the entire world, but for them to exist all over the world, and all the merch that goes along with them, Disney refuses to make them gay. They don’t want the pushback and they don’t want the loss of even one single straight dollar. It’s only because Disney bobbled their response to Florida’s Don’t Say Gay nonsense last year that they were able to be shamed into adding the lesbian kiss back into the Toy Story prequel, Lightyear. Every single small victory has been such a fight! And we’ve lost most of them! Where’s Valkyrie’s girlfriend? How many women kissing have been cut from Black Panther movies? 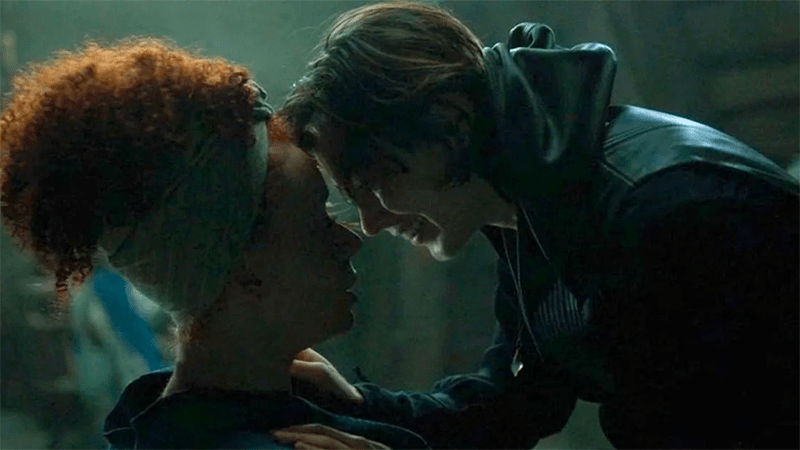 Willow treats Kit like a modern day Disney Princess, it really does. She hits all the beats. And it gives Kit and Jade the kind of epic love story that’s always reserved for straight couples. And it doesn’t make Jade a sidekick in the process; it’s Kit offering to follow Jade before it’s all over, because Jade has a fascinating backstory too. All I’ve ever wanted is for Disney to put their mouth where the Mouse Money is. Or, in the words of our beloveds…

Kit: I love you.
Jade: Yeah? Then shut up and do something about it.