Carly Rae Jepsen’s “Cut to the Feeling,” is maybe the song of the summer — like most of her songs it’s fun, epic, intimate, immaculately produced, and way, way underrated. “Cut to the Feeling” isn’t my favorite Carly song, though.

My favorite of hers is “Your Type” — maybe because it’s so easy to read a trans girl subtext into the song.

“I’m not the type of girl for you/ and I’m not going to pretend/ I’m the type of girl you want more than a friend” is the kind of line that speaks directly to the fear every trans girl has while attempting dating, especially if she’s stealth — that disclosure will lead to an immediate lack of interest, that no one could be into us for our true selves, that the only people who will ever “love” us are chasers or clients.

The “I’m in love with my best friend” theme isn’t the most unique for a pop song these days, and isn’t even unique in Jepsen’s discography. But as the story builds, the song goes deeper. Our protagonist is a plucky trans girl in love with her best friend, yes — but she will never say anything because she knows that her friend isn’t into trans girls.

All trans girls have rules when it comes to dating. Some of us never disclose until we absolutely have to, some of us are super “out.” I almost never hit on anyone or express romantic interest because I’m tired of being disappointed, and am afraid of a negative reaction. We always have to be careful and follow the rules, because you never know what will happen when you don’t — the reaction could be harsh, even violent.

So when Carly’s protagonist says “…I’d break all the rules for you/ Break my heart and start again,” she’s taking a huge step. She’s putting herself out there like only a trans girl can. Ready to have her heart broken, ready to risk the potentially cruel, savage reaction; she’s willing to break her own rules in search of love.

And here’s where the story gets real. “I miss you, I mean it, I tried not to feel it,” she pines, and then drops a bomb: “I know that you’re in town…” It’s clear that their friendship has now deteriorated to where our love interest doesn’t even let our protagonist know when she’s in town. Whether it’s simply because confessing one’s love can cause a rift in any friendship, or because the protagonist’s disclosure forced the parting, it’s heartbreaking.

The rise and the fall of the song is dramatic, and it’s bolstered by the immaculate production. The driving, simple percussion echoes a heartbeat, and the chorus rises and falls, mirroring our protagonist’s emotional waves, as she tries in vain to not feel her feelings. The desperate, forlorn lyrics are belied by the song’s bubblegum pop sheen and catchiness. 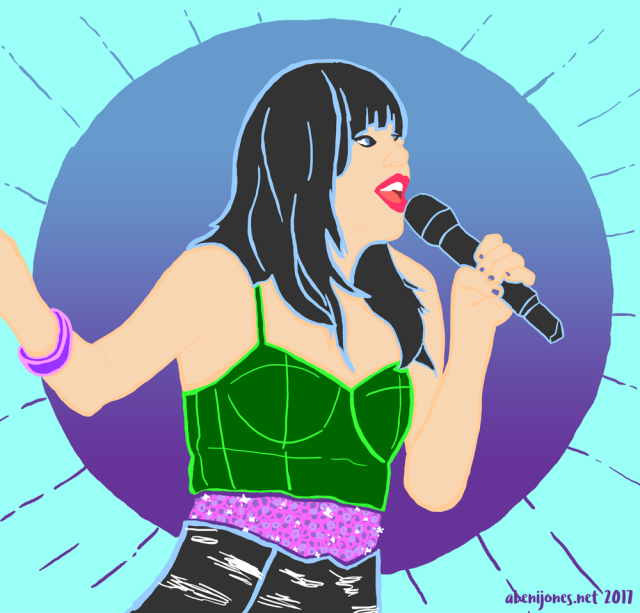 Many trans girls have felt the pain of “I’m not the type of girl for you” when attempting to date, whatever the other person’s gender. Conversations abound, especially in queer community, about whether it’s problematic to “not be attracted to” trans girls. It seems like we all have stories about being rejected upon disclosure, or never even being considered if we don’t “pass.”

Carly’s song, and our protagonist’s future, are dark. And so are ours, usually. Sometimes we need to dance out our sadness, consumed by the rhythm, shouting the chorus we feel too deeply. And this song is perfect for that.