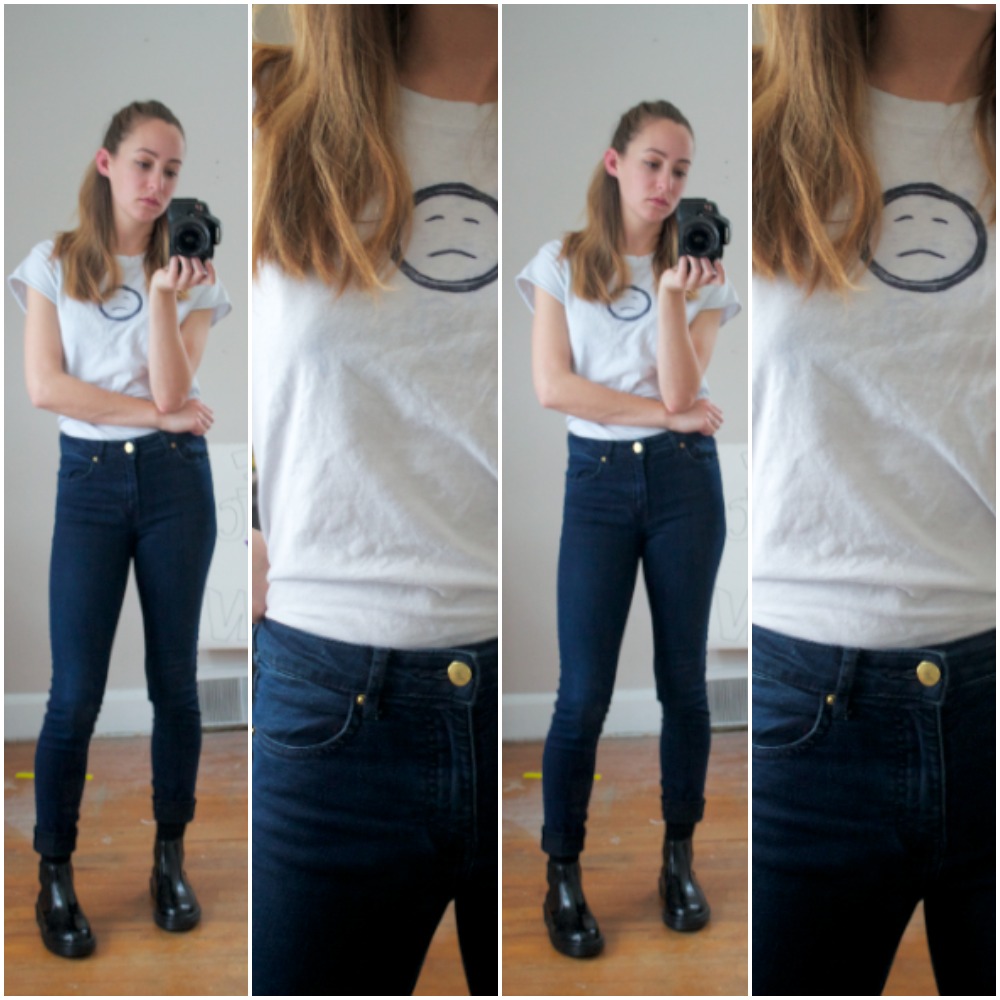 A kind of memorial service was being thrown that night for friends to mourn. What we were memorializing was hard to pinpoint, but I did know that dressing up for whatever it was felt too reverent. I disregarded the all black dress code and went with jeans and a t-shirt that I’d drawn on with a sharpie the day before for an appropriate amount of time just circling and circling over and over on the same black lines, like if I did it enough times eventually it would get so worn that the bottom would drop out and it would take me with it. Jeans and a t-shirt, literally the least amount of effort I could exert beyond just staying in my pajamas. Next time!

Catching both faces on my person in reflections throughout the night was a sobering experience and I found it was a little too matchy-matchy for my taste. 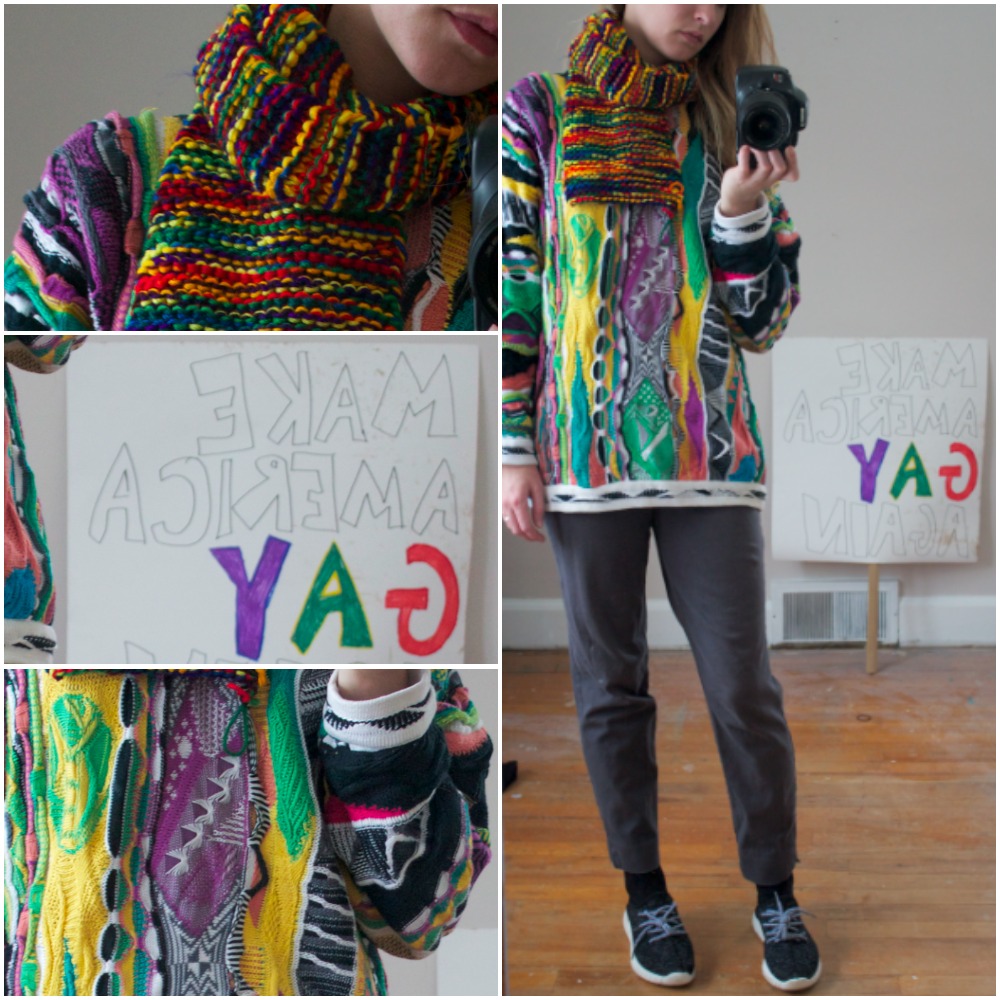 Remember that Disney Channel movie Gotta Kick It Up!  about a middle school dance team who in order to thrive had to kick it up re: dance? No? That 2002 movie is very specific and the only reason I even remember it is because I’ve carried this in-joke (with myself) for 15 years? Well, Day 2 in Trump and Pence’s America meant that in order to thrive I had to kick it up re: the gay.

I went with a Coogi sweater gifted to me by a fellow gay and a rainbow scarf Riese’s mom made as a visual cleanse from the previous day’s events. Carrying a giant sign that said MAKE AMERICA GAY AGAIN helped as well. 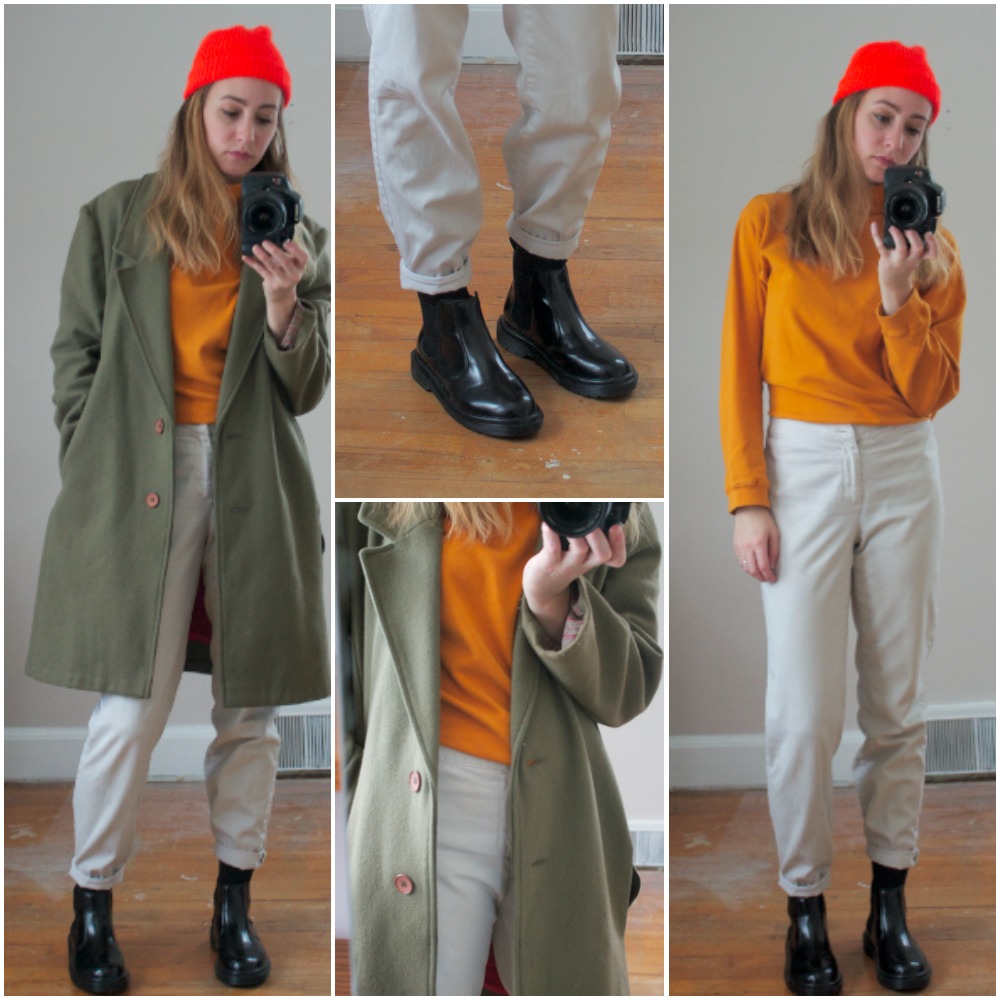 In order to draw attention to the message, I paired the outfit’s focal point with neutral tones. The turtleneck and hat made it so that even with a long jacket the orange was still able to say, “Hi there! Don’t forget!”