One way or another, you probably have an opinion on the American meat industry, and it’s probably because you have a horrible image seared forever onto your eyeballs like grill marks on a steak. Once upon a time, animal rights activists mainly protested by smashing lab equipment, setting cows free, and picketing circuses into submission, but as the government cracked down on the more radical acts, groups began focusing on a more legal (and often more effective) tactic — infiltrating factory farms, recording what goes on there, and releasing the often-shocking footage to the public.  But a new group of laws, popularly known as “ag-gag bills” (for “agricultural gag”) and currently on the table in eleven states, could make that illegal, too.

Ag-gag bills come in three flavors.  Some say what they mean, and out-and-out prohibit recording video or audio of farming operations without permission.  Others are sneakier — like Vermont’s, which levies a $1,000 fine against anyone who “makes a knowingly false statement or representation as part of an application to be employed at an agricultural facility,” effectively preventing undercover whistleblowers from ever getting in the door.  A third and increasingly popular type allows documentation of cruelty as long as all tapes are turned over to law enforcement within a specific time period (always 24 to 48 hours).  At first glance, this looks progressive, and even helpful — quick turnover means quick action and transparency, right?  But in reality, it’s just another way big operations will be able to appear conscientious while avoiding meaningful change.  One recorded abuse can easily be written off as an isolated incident — Chickens-R-Us apologizes, one employee takes the hit and gets fired and/or charged, and business continues as usual.  It takes much longer than a day to build the kind of case that holds higher-ups responsible or leads to effective overhauls. 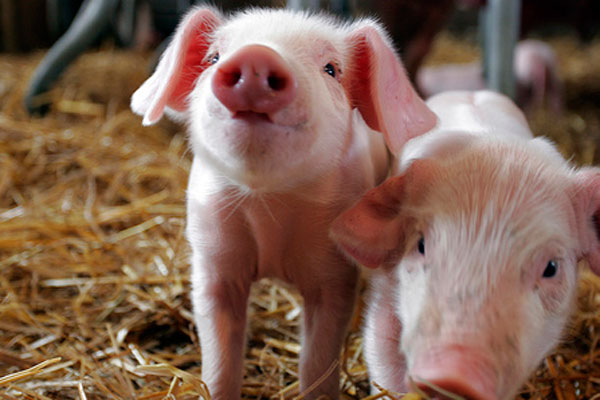 YOU KNOW WHAT’S GOING TO HELP US THROUGH THIS? CUTE BABY ANIMALS.

Ag-gag, like many monsters, has an even bigger and scarier dad.  Much of the proposed legislation contains ideas and language that can be traced back to a model bill written by a group called the American Legislative Exchange Council [ALEC].  ALEC bills itself as “a nonpartisan public-private partnership of America’s state legislators, members of the private sector and the general public” that “works to advance the fundamental principles of free-market enterprise, limited government, and federalism at the state level.” Others, like the Center for Media and Democracy, see it as more of a way for Big Business to undermine the democratic process in order to advance a pro-corporate agenda that includes “major tax loopholes for big industries and the super-rich, proposals to offshore U.S. jobs and gut minimum wage, and efforts to weaken public health, safety, and environmental protections.”  Seen in this light, it’s basically a way for corporations to buy legislation — they donate a bunch of money to ALEC, which uses it to throw conferences where corporate reps and legislators work together to draft generic bills; the legislators then bring those bills back to their home states, customize them, and try to get them passed.  Most ag-gag bills are slightly mutated versions of a 2002 model bill called The Animal and Ecological Terrorism Act, which aims to classify anyone who “enters an animal or research facility to take pictures by photograph, video camera, or other means with the intent to defame the facility or its owner” as a terrorist.

So why would information dissemination count as terrorism? Emily Meredith, press liaison for the industry trade group Animal Agriculture Alliance, gives a few reasons that effectively boil down to one — when people get a chicken’s-eye-view, it hurts the meat industry’s reputation, and everyone suffers, from “farm families who work these farms day in and day out… to provide food to this hungry country and the world” to entire communities that are economically impacted when sales decline, to consumers who might be turned off because sausage-making is ugly no matter how you slice it. As Kelli Ludlum, director of Congressional communications for The American Farm Bureau Federation, told a New York Times reporter, even a “perfect procedure” might seem out of line to someone unfamiliar with farming. 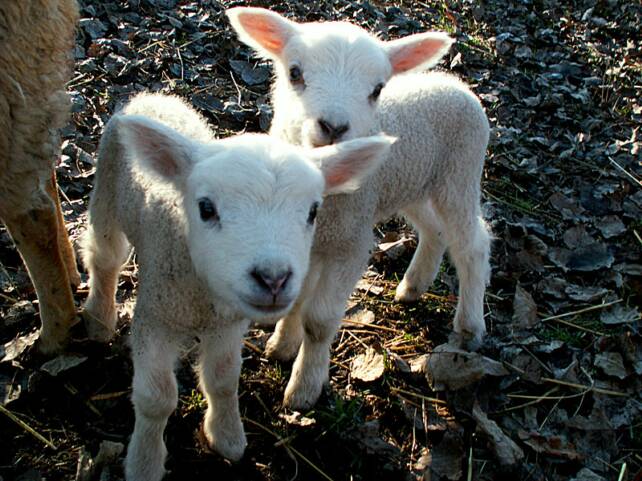 The party line is that whistleblowers aim to turn stomachs and close wallets — other proponents have tried to characterize the opposition as “extremist vegans” and others who “are trying to kill the meat industry.”  But all kinds of people hate these bills for all kinds of reasons. Environmentalists hate them because the broad language of some bills, such as Pennsylvania’s, can be used to prevent photography of fracking and other oil and gas operations (and because it means one less way to call out factory farms for degrading water and air quality and bucking regulations).  Workers’ rights groups fear they’ll lead to workplace discrimination and to lower-level employees being blamed for institutional problems. The National Press Photographers Association has spoken out against them, as have other proponents of First Amendment rights.  And if anyone wants to make sure their meat is handled safely, it’s going to be proud carnivores, right?

Most whistleblowers are associated with or employed by animal rights groups, pretty vital entities in a country where there are literally no federal laws that protect livestock (despite polls showing that most Americans think animals, particularly farm animals, deserve some rights).  Their work makes things definitively better for animals, step by tiny step.  Undercover footage from a Pennsylvania factory helped lead New Jersey lawmakers to ban gestation crates, tiny cages that don’t allow breeding sows to turn around.  Videos from Idaho convinced Kraft Foods to forbid its suppliers from tail-docking dairy cows. 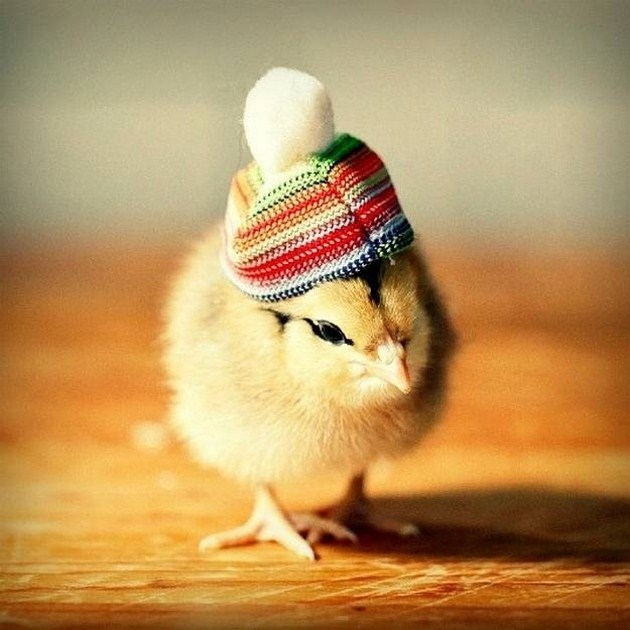 It also has a broader impact.  In 2008, California’s Westland/Hallmark Meat Company recalled 143 million pounds of beef after the Humane Society released vigilante video of plant workers slaughtering and processing “downed cows,” which can pass on mad cow disease.  Four years later, a video by Compassion Over Killing led the USDA to shut down another California plant — one that provided meat to the National School Lunch Program — for the same reason.  And recent undercover investigations in a veal plant and a Butterball turkey factory not only led to several managerial arrests for animal rights violations, but also implicated U.S. Department of Agriculture employees who had turned a blind eye to the abuse (the USDA’s dual role — as agrobusiness promoter AND agrobusiness watchdog — has led to corruption, and new funding cuts won’t help).

You can help, though. If you live in one of the eleven states currently considering ag-gag bills, the ASPCA will let you know which of your legislators you should call, and how to reach her (just last week the Indiana House sent their bill out for further review because of constituent concern). No matter where you live, spread the word. Wyoming’s bill died in committee because of public backlash that everyone’s favorite animal advocate, Bob Barker, helped spearhead all the way from California. And no matter what you eat or why you eat it, educate yourself if it’s important to you! Get all the info you can while it’s still available, and use it to vote with your dollars. 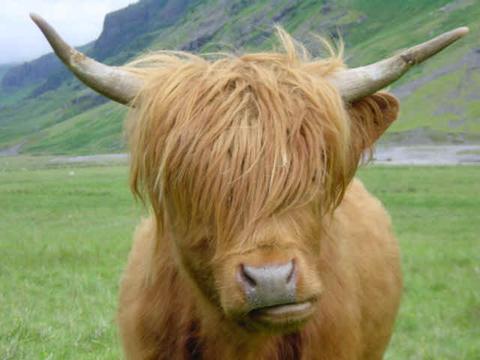 Because there’s a deeper level to all this, too.  Behind all these practical effects is a philosophical principle — that people should be allowed to make informed choices about what we consume, and what we let happen to make this consumption possible (in this spirit, Duke law professor Jedediah Purdy proposes 24/7 live feeds of slaughterhouses and confined-feeding operations, with webstream URLs stamped on your egg carton or bacon bag).  If transparency is bad for business, then something about that business is probably itself bad.  Ag-gag laws will allow abuse to go unchecked.  They’ll lead to disease outbreaks, rivers full of antibiotics, and further corruption, and they’ll yield corporations yet another undeserved inch of the democratic process.  And they’ll remove our ability, as citizens and consumers, to have a conversation about the things that are ostensibly being done in our names.  Which means the meat industry is a bunch of chickens.