Women-founded new media startup The Front has released the first episode of their “New Deep South” series, which aims to “explore the complex queer culture operating out of… spots of extreme social conservatism at a time of national change in attitudes towards the queer community.” The series was created by Lauren Cioffi and Rosie Haber and executive produced by The Front’s founder, Thalia Mavros.

The premiere episode tells the story of 18-year-old Keeta and 22-year-old Toni (a police officer), a madly-in-love young couple who have been together for under a year, are engaged, and are ready to have children — even if that means adopting from Instagram followers. This idea might seem bizarre to heterosexual couples, but when you consider the costs of adopting through an agency or trying to get pregnant using in vitro fertilization, it’s really not the worst idea.

Unfortunately, adoption might not be open to these two regardless. Mississippi is the only state that still prohibits same-sex couples from adopting children — a ruling that will be questioned this week in federal court. Thalia Mavros, the executive producer of New Deep South, hopes that her series will draw attention to those issues and others impacting LGBTQ youth:

…it definitely makes us think about the resources we’re allocating towards supporting queer youth. Marriage is a step in the right direction (although I have my personal issues with the institution), but it doesn’t solve the problem, especially in parts of the country where LGBT acceptance is still a hard sell. Prejudices run deep; there are still kids that are being thrown out by their parents and end up confused, alone and homeless.

Indeed, one of the most interesting parts of the episode are when Toni and Keeta talk about the different reactions their families had to their being gay. 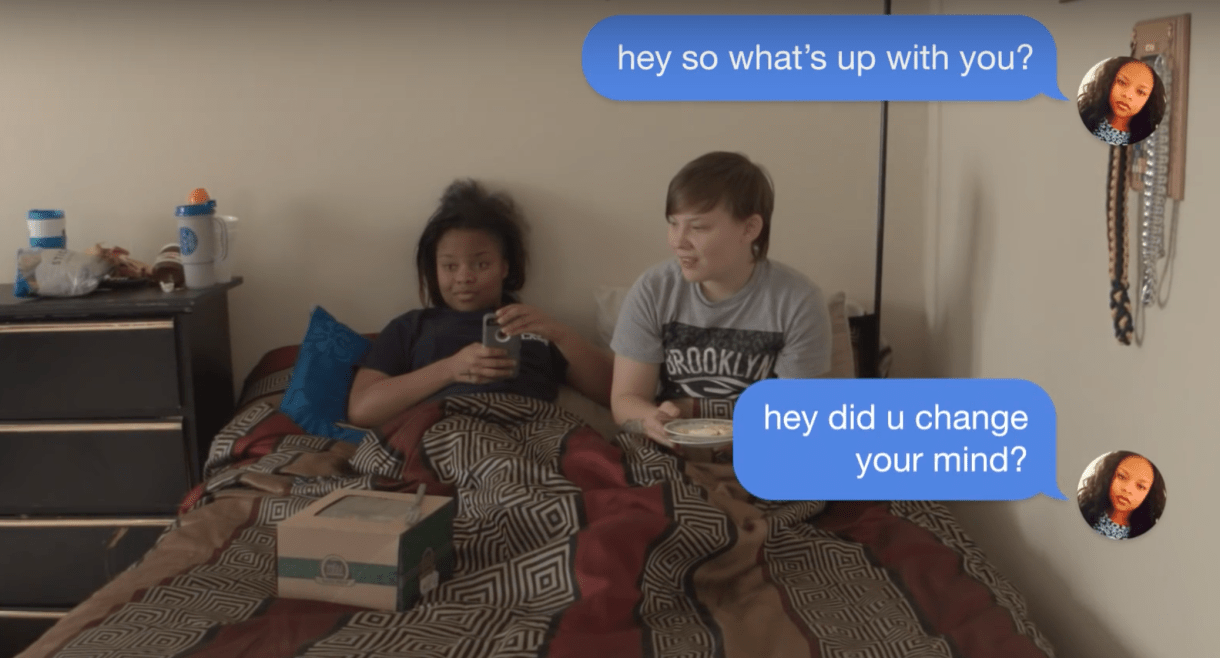 Undoubtedly, this series will have to walk a careful line between revelation and exploitation as it seeks to be compelling and entertaining while not sensationalizing the subjects of its stories. Marvos told The Huffington Post:

We love to pinpoint areas of tension in the world and tell unique stories in a way that humanizes the issues while exposing the forces that are shaping them. In this case, the American South was a strong backdrop for examining the tangled and complex natures of sexual identity, family and legacy for queer youth in a time of transition and national change.

So, what do you think of the episode?