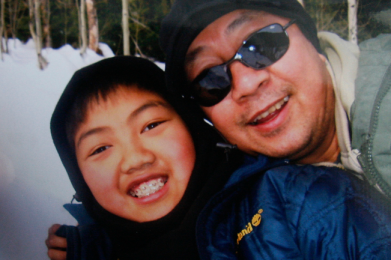 David Phan and his father, photo by Scott Sommerdrorf for The Salt Lake Tribune

On Thursday, November 29th, the principal of Phuong Tan‘s son’s school called her at work to tell her that her son, 14-year-old David Phan, had been suspended and needed to be picked up. When she asked why he’d been suspended, she was brushed off — “perhaps because of her heavy accent,” Tran told The Salt Lake Tribune. It’s reported that “what she understood” was that “another student had complained and when district officials searched David’s backpack, they found a condom.” Furthermore, “[the principal] told me: we will discuss on Tuesday.”

But when Tuesday came around, it was far too late. On Thursday, Phuong Tan took David home, made him lunch, and, at David’s insistence, returned to work, at which point David, “an avid outdoorsman who worked at local gun shows, practiced at local firing ranges and wanted to serve his country in the Army,” then took a 22-caliber pistol with him to a pedestrian bridge near Bennion Junior High’s campus and killed himself in front of his stunned peers. He’d left a note behind in his room reading: “I had a great life but I must leave.” 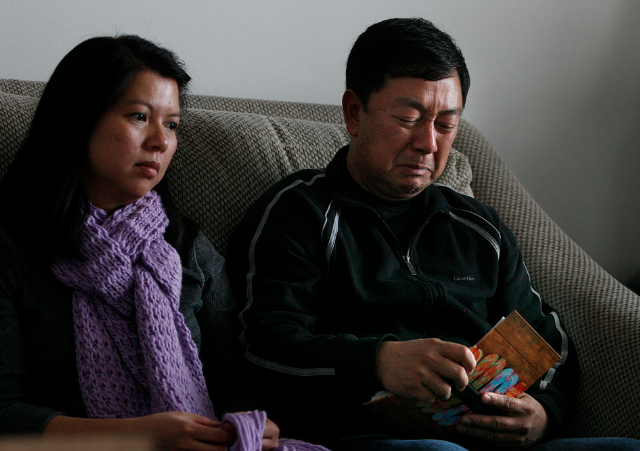 It’s impossible to know what specifically triggered David, but David’s classmates attest that David was frequently bullied in school, and Queerty reports that on November 28th, a boy had sent David a singing telegram from another boy, “and though he laughed along with his classmates, his cousin revealed that he was indeed mortified.”

David Phan’s family, however, has always been accepting of his sexual orientation. Queerty reports that “David came out to his older brother and other family members a year ago. Then about three months ago, he came out to his mother and finally his father, Nhuan Phan, who hugged him, told him he loved him and wanted him to be safe.” As reported by the Salt Lake Tribune, David’s family said David was “well-loved with a strong family support system, but could not deal with the bullying and the burden of being a gay Asian student in a school they believe did not support him.”

The lack of support David received from the school during his short life was, unfathomably, amped up in the wake of his death.

Ben Horsely, the Granite School District Spokesperson, is called out by name in a letter delivered to the Superintendent by the ACLU essentially asking Horsely to stop talking about David Phen. On November 30th, Horsely told local media that David had been receiving counseling at school and had spoken to counselors “about other issues in his personal life” but had “purportedly failed to report the bullying to counselors and denied being bullied to counselors in response to their direct questions.” (Although any good counselor knows that bullied kids are often reluctant to report the bullying in fear of attracting additional bullying!) Horsely insisted David was having “significant personal challenges on multiple fronts” and that he had “mental health” issues.

This is problematic on two levels: first, the content of his counseling sessions is, legally, confidential information that should not be released to anybody, let alone the press. Secondly, this was how David’s parents learned their son had been in counseling at all.

David’s father, Nhuan Phan, said: “We have a right to know as parents. Nobody told us anything.” Horsley “clarified” that David was seeing a “guidance counselor, not a mental health specialist” and that the school was apparently only obligated to notify the family “when needed” (which the ACLU disputes).

Horsley even went so far as to tell the media “that David had been searched for weapons on November 29” which the ACLU notes was clearly an attempt to “imply the school had some reason to suspect that David might have a weapon.” From the ACLU’s letter:

These improper statements are particularly disconcerting because none of the District’s alleged concerns about David’s mental and emotional health had ever been communicated to David’s parents before this tragic event occurred. By leaking purported information about David to the media, the District appears to be attempting to smear David and his family in order to avoid answering questions about whether the District failed in its obligations to protect David from the bullying he reportedly experienced for several years at the hands of other students…

Before setting out the legal problems with these public statements by the District, it must be pointed out that their apparent motivation is extremely problematic on a human level. Specifically, the District’s public statements in the immediate wake of this tragedy seem to be motivated by a desire to shield itself from criticism or liability for failing to protect David from bullying. Even worse, District officials selectively released confidential and protected information about David in a manner making it difficult not to conclude that it was trying to cast suspicion on David and his character…. now is certainly not the time for the District to start public maneuvering and posturing at the expense of a family facing such a devastating loss. No amount of media spin will change the underlying facts.

In the rest of the letter, the ACLU lays out the legal violations made by the school district and implores them to stop talking about David Phan. Horsley is a staunch Republican, passionate Mormon (see: Horsley’s twitter feed) and graduate of the George W. Romney Institute of Public Management at Brigham Young University (a University which prohibits anybody from “promoting homosexual relations as morally acceptable.”) Horsley has served on Republican Party commissions and ran (unsuccessfully) for office in the Utah House of Representatives in 2010, during which he declared that Arizona was the only state handling immigration laws properly and effectively. Did Horsley’s background impact his perspective on anti-gay bullying or was he solely motivated by saving face? (Today, Horsley has been kept busy by another situation in his district involving an 11-year-old bringing a gun to school for “protection” from another “Connecticut style incident.”)

We also have a lack of anti-bullying legislation throughout Utah: according to sexetc, public schools in Utah do not have a Safe Schools Law, anti-bullying laws to protect students based on sexual orientation or gender identity, or a statewide anti-discrimination law that includes sexual orientation or gender identity. As David’s parents suggested, it’s difficult to imagine that David could’ve ever felt fully accepted in a prominently Mormon and prominently white county with no anti-discrimination protections for gay students. Then Horsley exacerbated the situation after David’s death by showing no respect for the humanity of David’s grieving parents.

But David was a boy, a teenage boy with his entire life ahead of him, a life tragically cut short. Friends who spoke to the press at a candlelight vigil held in David’s honor on November 29th describe David as “a kind, friendly soul.” Fellow ninth-grader Hunter Evensen said David was “one of the sweetest guys I’ve ever known” but that kids picked on him and called him names. Kaleb King, another ninth-grader, said “I hated when people [bullied him]. I felt so bad for him.” 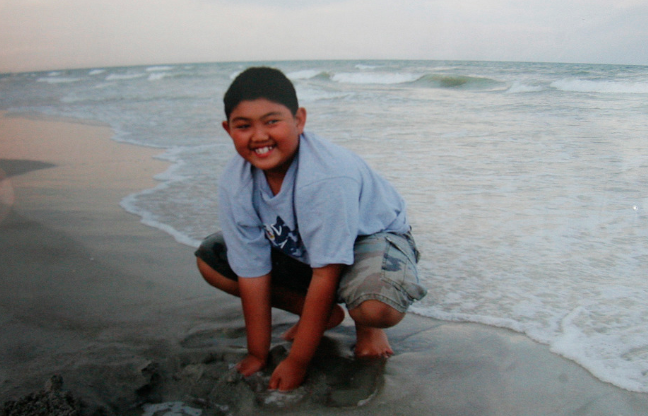 Now David’s family is working with Steven Ha, an activist who works with both the Vietnamese and gay communities, to assemble a group of local gay activists to address suicide prevention for gay youth. Ha told The Salt Lake Tribune: “We’re not interested in suing but working with credible sources. That’s how we want David to be remembered.” Citing letters he’s gotten from other Asian teenagers who have considered suicide, Ha notes: “We don’t want another incident like this to happen.” (Those interested in helping can email him at steven.ha.usa@gmail.com.)

On the day of David’s funeral, his family released the following statement about their son’s brief, brilliant and promising time on this earth:

“David was an adored son, beloved by his close knit parents, older brother, and large extended family. David’s home life was full of support and unconditional love. His parents are devastated to have lost their young son who rarely left their side. Many of his peers and members of the community have confirmed that David was an amazing student and extraordinary friend.

David shielded his parents from the horror he was facing and his negative experiences at Bennion Jr. High. The last few days have been an absolute living nightmare to learn that he was bullied in school where he was supposed to be in a safe learning environment. It is time for us to turn the hate David endured by bullies into a learning experience to strengthen a divided community. Let us not deny the numerous accounts that David was a victim of serious bullying at school. Allow his family and friends the ability to heal by us all taking accountability and to move towards conversations and practices that will enable us to prevent other children from enduring this unbearable pain.”