Here’s a breaking news update brought to you by the Situation Room: 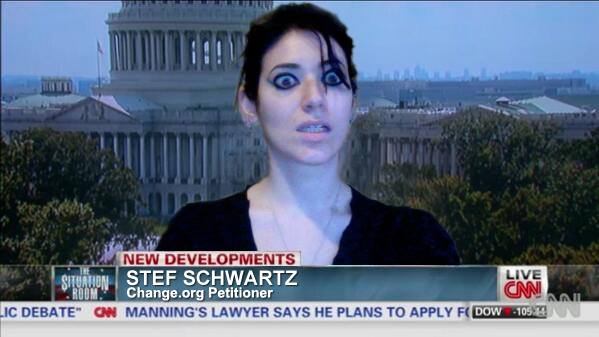 After four nail-biting days of hitting the campaign trail, canvassing A-Campers and Autostraddle readers alike, my most fervent Halloween prayers were answered.  As my fellow writers and I watched incredulously in a moment many likened to the millennial New Years’ ball drop, 500+ dedicated queermos and their friends signed my change.org petition encouraging our own Carly and Robin to dress up as Gomez and Morticia Addams for Halloween.

At long last, we have finally come together as a community to create positive social change, and create a better future for our children and our children’s children.  We cannot extend enough thanks to the people who made this possible, especially Carly’s mom and sister for their support, Curve Magazine for doggedly soliciting signatures via Twitter, and all the weirdos who made their moms, ex-girlfriends and college roommates sign this thing. 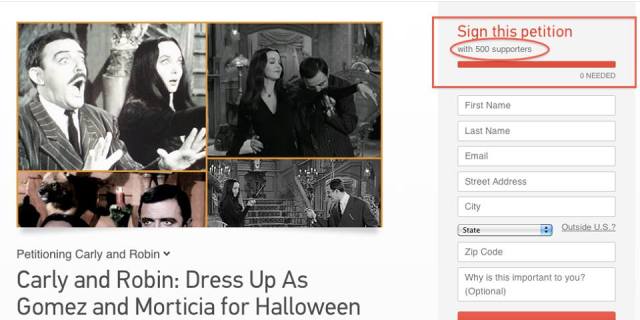 In the end, the little campaign that could ended up with 522 supporters, just enough to convince Carly and Robin to give the people what they want: a photoshoot featuring the two of them dressed as Gomez and Morticia!

As always, we will keep you posted as this breaking story unfolds.  Together, we are making history.