Oh, and I would’ve waited another 20 seasons and 14 years. I would be in a group home at 95 and pause my mancala marathon to log on to my stories awaiting that gay spark. And then, if I had to haunt this mortal plane to finally witness the moment when the women on the show started eyeing each other at the cocktail party, I would.

I met Tiffany in a very strange situation. Well… we were kind of dating the same guy. And it was filmed and put on TV 😂. From that first cocktail party, it was like this instant calibration between souls, as if we had known each other once before. Friendship ripened into something bolder, trust in a very strange situation was formed, and now every adventure we have rivals the other- and continues to make plans for itself. Yesterday I flew this beautiful woman to The Abrolhos islands for her 30th birthday! I have to admit that I felt so so proud to be with her, my favourite person, celebrating such a momentous occasion on the water- a mutual love of ours. She is so confident in the ocean and in every adventure, as if every new experience is a winning of the lottery somehow; a chance to grow and learn and develop. To Tiffany, experience wins over the worldly acquisition of 'things' every time- and I think this is why she is so open-minded, so accepting of others, so fun and so at ease with letting winds blow her towards a variety of opportunities. She's helped me to disintegrate many of the ideals I've had that were harmful (about relationships, about career and 'stability') and for that I feel set free. Thank you for always asking questions (detective Tiff), for being curious about people, ideologies and the universe; for loving people with such a wholesome love that I don't know if I would ever be able to emulate. It inspires me. Happy Birthday Tiffany. I love you.

Because I refuse to believe that this is what women really want: 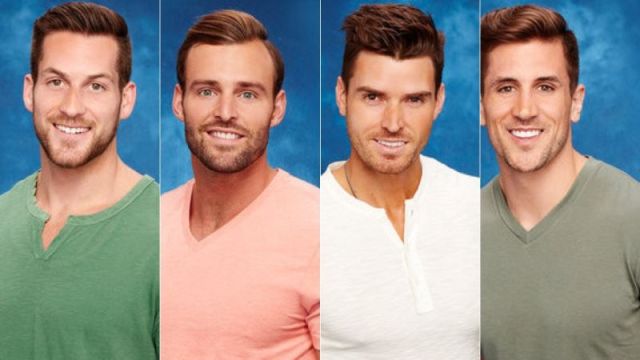 I don’t care how straight you are, I refuse it. Which brother from the ABC Original Family Movie, Charity’s Distress, is the one for you? IT’S NONE OF THEM IT’S THE GIRL FROM THE SKATING RINK.

Also, you know what? I deserve this. With the hours I’ve logged into this show, my reward shouldn’t just be a feeling of gratitude that I’m not straight. I watched Bachelor in Paradise: After Paradise – I deserve to know that two women on The Bachelor probably shot a confessional being upset about something Kyle/Ben/Jamie/Geoff said and then went where the cameras couldn’t see them while stifling laughter and then made out.

This is also for every woman who’s been on The Bachelor. No one deserves to be compensated for going on national television to push an aggressive version of heterosexuality with gallons of pinot grigio. They deserve to be compensated with a fulfilling gay dating situation with a woman with whom you plan on hiring a professional photographer for your Instagram photos as a couple.

These are the kind of days I love. @tiffany_janes P.s Donald Trump is a dickhead.

Megan Marx and Tiffany Scanlon said there were fireworks from the very first cocktail party on the last season of the Australian Bachelor. And ladies, if you can find love in a room full of cameras and women with eyes who want something from your soul trying to get a read on each other while mainlining booze, you absolutely deserve the love you’ve found. Congratulations, and welcome to the club!