Roberto Aguirre-Sacasa teased that a few scenes from the Riverdale musical episode had to be cut for time, including one featuring Cheryl and Toni singing together. Today, Warner Bros. released the deleted duet, which is a reprise of Carrie: The Musical’s “You Shine,” the love song that Betty and Veronica ended up queering in the episode.

The scene starts and ends with what we did see in the episode: Toni comforting Cheryl after Penelope banned her from performing and convincing her to have her own Carrie White moment, which she spectacularly does at episode’s end. Then, Cheryl and Toni break out into song, making “You Shine” much more explicitly gay. “What a surprise, gazing into your eyes / I swear that I still get lost in the light / No photograph could possibly show / The you I know,” Toni sings to her. And then while they’re harmonizing, Toni touches Cheryl’s chin so tenderly, staring into her eyes. And Cheryl looks the happiest she has… ever been? It’s a lot! 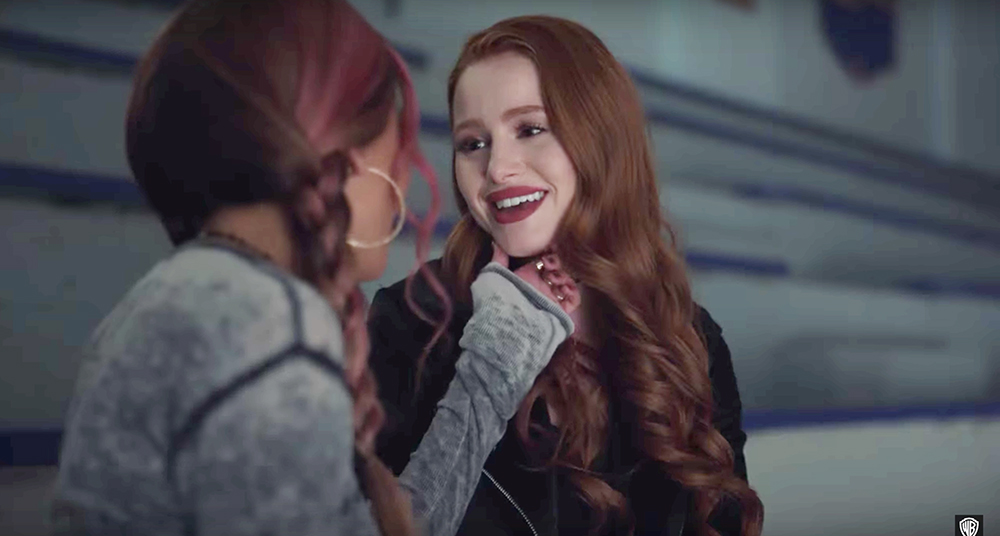 Madelaine Petsch, who plays Cheryl and was the one who broke the news that the character is bisexual, has also said that a scene was cut in which Cheryl calls Toni her “girlfriend.” And she confirmed that Toni and Cheryl are living together post-hellish-nunnery-escape, as evidenced by the fact that Cheryl has been wearing Toni’s clothes. I also like to imagine that Toni helped Cheryl mix the fake blood for her stunt at the end, because that seems like a sweet thing for a girlfriend to do.