Hello! Welcome to the first of what will be many “This Business of Art / Media / Web” fixes, in which I’ll be sharing with you things I read that I loved relating to the work we do here — online media, business, entrepreneurship, women in tech, start-ups, journalism, publishing, management, queer visibility, etc. You can expect this sucker to drop every-other Wednesday.

I think and read and talk about this kind of stuff all the time, especially with my other team members. Now I’m hoping to expand that conversation to involve all of you. I’d also love to hear from other female entrepreneurs and writers about what you’re reading about the work you do!

This Business of Literature

+ I’d decided to share this interview with Emily Gould and Ruth Curry of Emily Books with you before I even got to the part where they talk about Autostraddle as a model for an inspiring and engaged community! Emily Books is a truly fantastic initiative and a significant percentage of the women-authored books they select for your eyeballs are queer as fuck, including one of the books you can get for your very self by pledging $10+ to their kickstarter campaign. The interview basically touches on everything I hold dear: working with your best friend, under-appreciated women writers, this aforementioned business of art. Rachel’s #1 feeling about this interview was, ‘truly this time in media history will be remembered as “the era of women changing the world via g-chat.'”

+ The Enduring Lives of Lit Mags: We’ll Always Have (The) Paris (Review), NPR – “Where other art forms face the constant pressure to reap heaping financial results, literary magazines and journals — although they do need to make money — place more stock in aesthetics and in the exploration of ideas. They are free to focus on the why of things.”

+ The New York Times takes a look inside the rooms of famous writers.

+ At The Awl, The Concessionist addressed a human with the following problem: I Hate Myself Because I Don’t Work For Buzzfeed. Reading the question gave me so much stress and anxiety. This person is really fucking stressed about all the wrong things, but I also related to tiny bits of it, like “this business (a boy’s club, still) is hard enough for a woman but it’s even harder when you’re not social and not good at networking.” This felt so true for me when I lived in New York, before I gave up and switched coasts. I don’t hate myself because I don’t work for Buzzfeed (Buzzfeed didn’t exist back when I was still looking for work), but I do hate myself because we don’t have Buzzfeed money. They can do whatever they want! They can report whatever they want, wherever they want, using whichever writers and whatever technology they want! THE EDITOR-IN-CHIEFS OF BUZZFEED ARE LIVING MY DREAM LIFE! So after reading the question I felt sweaty and anxious but The Concessionist’s response was like a warm bath, if I was a person who was into baths.

Everything the responder said about the actuality of big media and how they feel about their own work — “I wasn’t publishing anything memorable. I wasn’t making anything good. I wasn’t doing anything at work that a bunch of other people and/or cyborgs possibly couldn’t have done” — reminded me of how lucky I am to work here, where what we do is about so much more than just reporting and traffic, it’s also about human connection, friendship, scissoring and community empowerment.

+ Hey I bet you’ve noticed that the internet affects language and also creates language! Yup, it’s pretty special, this here internet, and the things we say on it. If you wanna think about it some more then you should read The Way That We’re All Writing Now on medium, which I initially clicked ’cause it reminded me of this stupid blog post I wrote in 2006 which also uses the heading “The Way We Talk Now.” The medium piece also lead me to A Linguist Explains the Grammar of Doge. Wow. on The Toast and also to Because Internet, which it seems I’ve been wanting to read my whole life. I remember the first time Rachel used a “because x” in a headline, and I was like, “oh, she must be missing an ‘of'” and the I was like, “or maybe not! That’s sort of cute and clever, this thing Rachel just invented,” and then I was like, “oh, Rachel didn’t invent it.” Finding out that Rachel didn’t invent a thing I love is always hard to swallow.

+ My Year Ripping Off The Web With The Daily Mail Online: “In a little more than a year of working in the Mail’s New York newsroom, I saw basic journalism standards and ethics casually and routinely ignored. I saw other publications’ work lifted wholesale. I watched editors at the most highly trafficked English-language online newspaper in the world publish information they knew to be inaccurate.”

How Successful People Stay Productive and In Control, Forbes – I made all the Senior Editors read this one. This article legitimately provided me with really useful advice, especially about the importance of forgiving yourself and moving on when you fuck up. I fuck up a lot. SUPRISE.

Six Ways To Make Your Phone Calls More Efficient, Inc. – “Phone calls are one of the most inefficient ways to communicate in today’s business environment. Regrettably they are commonly used, especially as workforces become more dispersed and remote.”

This Business of Community

+ So, I’m working on this post about things that have changed in online media since we got started here six years ago, including the rise of online callout culture, WHICH I HATE. On that tip, I found Asam Ahmad’s A Note on Call-Out Culture to be just wonderful.

+ Early in Negativity Online: An Essay Inspired by 200,000 Comments, Grace Bonney of Design*Sponge mentions a thing many online writers have been hearing lately — that comments are dead and it’d better to just shut it down or refuse to engage than it is to keep trying so hard. Much like us, Grace Bonney has no interest in shutting it down. Instead, she has real ideas about how to make online commenting better: “no matter what inalienable rights we have to scream at each other on the Internet, it doesn’t release us from the obligation we have to deal with the repercussions of our negativity. I believe there are better ways to define what our problems really are and better ways to speak to each other and work toward creating a more accepting and understanding community.”

This Business Of Business

+ The New Yorker’s Revamped Paywall Is Driving New Readers & Subscribers, Nieman Lab – “The overall goal, through the redesign and the meter, is accessibility, both in technology and tone. As the rush on the archive proved, there is already a firm, and vocal, audience for The New Yorker. Ray said they need to keep expanding, which means reaching people who either don’t know The New Yorker or have misconceptions about magazine.”

+ Inside Buzzfeed’s Plans To Prove Its Native Ads Work, Digiday

+ An interview with David Carey, the male president of Hearst Magazines, “one of the biggest women’s monthly publishers,” Digiday

+ How Etsy Alienated Its Crafters and Lost Its Soul, Wired Magazine

+ Can Entrepreneurs Save The Motor City?, The Economist

Articles I Wish Somebody Would Pitch To Autostraddle This Month

If you are that somebody, you can pitch here. (If you already work here, just hit up the #pitch channel in Slack or e-mail Laneia, obvs)

+ Top Ten Cities for LGBTQ Women in [Australia] [Europe] [Africa] [Southeast Aaia] [etc]. We’ve done lists about The Most Lesbianish Cities in the U.S. but we very much need the equivalent written about places besides this country, ideally by natives rather than visitors. I don’t know if this would be best done by continent or by country? I don’t know anything. I hope you do.

+ Why do health insurance companies cover fertility treatments for heterosexual married women who’ve tried to get pregnant with their husbands but couldn’t even though they don’t cover fertility treatments for homosexual married women who can’t get pregnant with their cis wives? I mean, I know why, but I feel like some advocacy around this issue could help change things.

+ Top Ten Best Places In [various regions of the U.S.] for a queer female couple to start a family 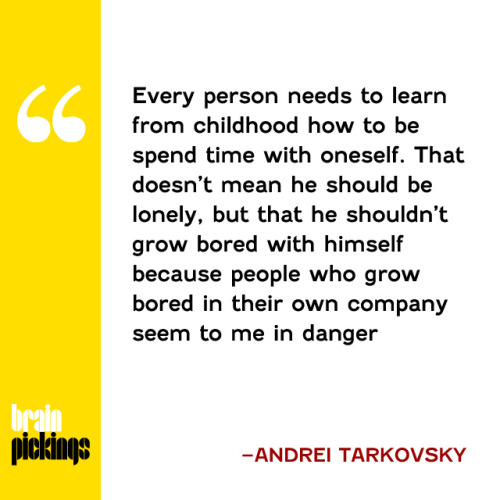