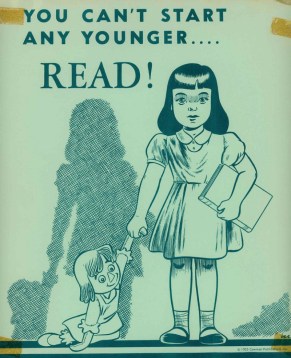 HELLO and welcome to the 92nd installment of Things I Read That I Love, wherein I share with you some of the longer-form journalism/essays I’ve read recently so that you can read them too and we can all know more about Brazillian Blowouts! This “column” is less feminist/queer focused than the rest of the site because when something is feminist/queer focused, I put it on the rest of the site. Here is where the other things are.

Nancy Dubac, The Duck Whisperer (June 2013), by Felix Gillette for Bloomberg Businessweek – About the woman who saved The History Channel and made A&E a major player by picking up a bunch of reality shows that don’t have anything to do with history, arts or entertainment. I like it when ladies are in charge of shit, though.

The Burn of The Beautiful Blowout (August 2013), by Oulimata Ba for narrative.ly – About toxic beauty treatments that like destroy human beings on the inside, specifically the Brazillian Blowout treatment which straightens your hair and gives everybody a mouthful of fomaldehyde.

The Things He Carried (November 2008), by Jeffery Goldberg for The Atlantic – This guy went through airport security with alarming shit for a long time, with the aid of somebody who seems to have dedicated his life to undermining the TSA, and discovered quickly that money going to the TSA would be better spent elsewhere, with regards to terror prevention. Mostly I was thinking, “this would be a very different article if he was not a white man.”

Ten Years Later: The O.C.’s Influential Glamorization of Teen Drinking (August 2013), by Nolan Feeny for The Atlantic – Apparently a lot of parents thought there was way too much drinking on The O.C. and had a lot of feelings about it.

**The Child Exchange (August 2013) by REUTERS – This is a really compelling four-part investigation by Reuters, you’ll need to set aside a good hour or more to get through it, but you will get through it, because you will be horrified and captivated. Basically, parents who adopt kids from overseas who turn out to be more than they can handle often pass the children off to other parents they meet on internet message boards on Yahoo about “adoption disruption.” Without government oversight, this means these kids often end up living in squalor with parents who are physically and sexually abusive or who have records or who’ve had their own kids taken away by Child Protective Services.

The Last First Day (August 2013), by Bernadette Murphy for The Rumpus – “Beneath all the time and energy and love and passion John and I have lavished on our children, there’s been an unacknowledged specter hiding, hoping we’d stay busy enough to not mind his presence. But as our time of being a family with at-home children has ticked away, that specter has gotten bolder, his presence harder to deny. He had one thing to say to us: Your marriage is not working.”

The Hair Down There (August 2013),  by Caroline Rothstein for narrative.ly – At first I was like, ugh not another article about the feminist relationship to body hair and waxing, but it was actually really interesting and good! Like she did actual interviews with humans (with a concerted attempt to talk to people of diverse gender presentations and sexual orientations) instead of just talking about her own bikini line for 800 words. Definitely the best handling of the topic I’ve seen yet.

Dave Lozo’s Bag Skate: Here are some of the dumb things I’ve done during my time as a hockey writer, by Dave Lozo for The Score – This is a humorous piece I found very entertaining despite not knowing anything about hockey (but I do know a lot about Dave Lozo, obvs).

Farewell to the Enchanted City (July 2013), by Elizabeth Minkel for The Millions  – “There are a lot of “leaving New York essays” out there, nearly all of them framed from the vantage of the author’s new location, a place that’s usually less shiny or less gritty, somewhere that’s better in a lot of ways but invariably shadowed by nostalgic regret, maybe a kind of lingering sense of not having “made it” here, whatever that means. They follow a tested formula: you march confidently across the Hudson possessed with extreme naivety, because you are impossibly young when you arrive in New York, no matter your age on paper; you quickly learn the same sorts of hard lessons that people have learned for years on end; you pay a lot and get very little and sharpen your cockroach-killing reflexes; you have moments of startling clarity, as you reference specific street corners or landmarks or bits of cultural currency, paired with embarrassing vocalizations of these moments of clarity.”

Some pieces which update previous pieces:

Jon Krakauer has a follow-up piece on the actual cause of death of Chris McCandless, the subject of Into the Wild.

If you read the article about EliteDaily I posted a few weeks ago, you should read this follow-up piece from The Awl about a follow-up post on TechCrunch because I think you will enjoy it and also it reminds me of how the guy from Bustle was willing to talk to Valleywag about our article but basically got everything wrong and didn’t seem to have actually read our article?