Tegan & Sara released The Con when I was 19. That summer I was working at a magazine in New York City and I was not quite hip enough to wear plaid, have horn-rimmed glasses or know how to swoon and be dramatic. Instead, I was awkward-looking, wore a lot of polo shirts (all in one style, different colors), had an angst-carrying capacity of Oh So Much and a blocky iPod that could put one track on repeat ad infinitum. And that one track was Tegan & Sara’s “Nineteen.”

“Nineteen” is one of those oh man, this is totally speaking to me songs that happen when a certain age and a certain level of personal intensity collide. The song gets its hooks in you by hitting your emotionally vulnerable spots. For example, the summer that I first heard Tegan’s husky voice woefully crooning “I felt you in my life before I ever thought to,” I was single and swimming a pool of teenage no one will ever love me, and that line gave me hope. 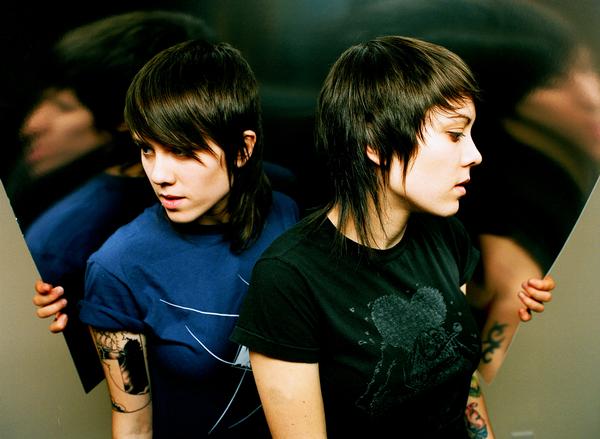 So what makes the song so great? It has a dangerous quad-fecta (like a trifecta but four) of frosty-heart-melting themes and make-a-jaded-woman-cry lines: the We Were Made For Each Other (“I felt you in my legs before I even met you”), the I Love You So Much (“When I laid beside you / For the first time I told you / I feel you In my heart”), the Oh My God We’re Breaking Up (“Now we’re saying bye / Bye / Bye”) and the Why Won’t She Return My Calls (“I was nineteen / Call me”). And all of this in the first 24 seconds of the song. It’s a tram tour of Tegan’s romantic history, and the tram has rocket engines.

In tribute to this heart-rending song, lots of heart-rending covers have been made, often featuring copious amounts of vocal reverb (singing-in-a-cave echoes), twangy acoustic guitars (that are not always in tune), and hot androgynous ladies (I’ve often found that even the meh covers get good ratings because of hot ladies; this usually means they are possessors of pixie cuts and lip rings). As your tour guide into the very, very emotional world of “Nineteen,” I offer this selection of covers that I thought stood out and were repeat-worthy (and some that feature hot ladies, for your enjoyment).

The first cover is by the Montreal-based band Kimarine. This version takes a little more creative license than most Nineteen covers; it sounds a lot more jangle-pop-y and dreamy, mainly due to the great use of fingerpicking and rhythm guitar. Great cover.

The second is by musician Emily Zea — it’s a slow-paced, lullaby version with acoustic strumming. Bonus points: Zea looks a bit like what would happen if Ellen Page and Tegan Quin had a baby. An attractive baby who is actually a grown woman wearing a magenta beanie.

The third is by artist Allison Weiss — it’s an acoustic cover that’s pretty much on par with the original song. What’s great is that Weiss harmonizes with herself in this version and manages to get an urgently sad and angsty element into her voice while she sings.

The fourth is by Ko Xinyi — a great acoustic cover with great vocals. She trips up a little on the lyrics at 2:12 but manages to keep it classy (and cute). Asian ladies represent!

And the last is Tegan & Sara performing “Nineteen,” just for kicks. Swoon at those sideswept bangs; those indie mullets! This is the reason we’re here in the first place: a great song.

Is there a cover version of “Nineteen” that’s near and dear to your heart? Do you just need to share some feelings?