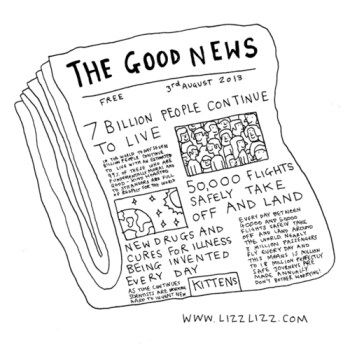 HELLO and welcome to the 88th installment of Things I Read That I Love, wherein I share with you some of the longer-form journalism/essays I’ve read recently so that you can read them too and we can all know more about strong female characters! This “column” is less feminist/queer focused than the rest of the site because when something is feminist/queer focused, I put it on the rest of the site. Here is where the other things are.

Black is Beautiful: Why Black Dolls Matter (February 2013), by Lisa Hix for Collecters Weekly – A fascinating trip into doll-world discussing how hard it’s been historically difficult to find black dolls and the importance of black dolls for youth of color. There’s a black doll museum in Massachusetts! I wanna go there so bad! I found it especially interesting because my Mom actually did get me a lot of black dolls when I was growing up, specifically I think to make be a better human with a less normative idea of female beauty? We couldn’t have Barbies because patriarchy, but all my off-brand Barbies, known as “The Heart Family,” were black. I was sad that my Heart Family dolls weren’t in this article.

When Mom Has a Secret (May 2007), by Tara McKelvey for Marie Claire – For some reason I wanted to write out this title in all-caps, like as if I was presenting it in a dramatic voiceover for ABC Family. Anyhoo, it’s about Sara Jane Olson, a former member of the Symbionese Liberation Army who left the group and started over with a new name and identity and got married and had three daughters and then the feds tracked her down and put her in jail.

Still, God Helps You (August 2013), by Melissa Pritchard for Wilson Quarterly – “Snatched from a marketplace in Sudan and sold into slavery at the age of six, William Mawwin became one of millions of people in the world enduring some form of involuntary servitude. This is his extraordinary story.”

Laguna (August 3013), by David Perez for The Rumpus – People keep dying. He moves to San Francisco and also to Chicago. There are funerals and drug overdoses, and best friends and weddings. I will be a lagoon. I am a Laguna. I will live my life as a Laguna. I will be a separate body of water next to the ocean of my affiliated.

Taken (August 2013), by Sarah Stillman for The New Yorker – I read about this situation in The New Jim Crow as well. The police department can pretty much steal all your shit whenever they want to and getting it back is nearly impossible if you’re a poor person: “[asset forfeiture] enables authorities to confiscate cash or property obtained through illicit means, and, in many states, funnel the proceeds directly into the fight against crime…. In general, you needn’t be found guilty to have your assets claimed by law enforcement; in some states, suspicion on a par with “probable cause” is sufficient. Nor must you be charged with a crime, or even be accused of one. Unlike criminal forfeiture, which requires that a person be convicted of an offense before his or her property is confiscated, civil forfeiture amounts to a lawsuit filed directly against a possession, regardless of its owner’s guilt or innocence.”

Kiese Laymon on Race & Writing (August 2013), by Akiba Solomon for Colorlines – This piece isn’t very long, so I don’t know that it counts as longform, but if you bought his book LIKE I TOLD YOU TO and have been reading his stuff that I’ve posted here, I think you would also like this interview!

Shatter My Heart (July 2013), by Lisa Wells for The Rumpus – “On July 20th, 2003, a tour van rolled on I-5 south of Portland, OR, killing three of my friends. They were members of power-pop band The Exploding Hearts, and I’m told their story is one of the biggest “what ifs” in punk rock. I don’t know if that’s true, but I can say for certain that it’s the biggest “what if” in the lives of those they left behind. Rock & roll, immortality, youth—whatever was shattered that day, this is what I keep.“

Steve Brill on Healthcare and the Media in America (March 2013), by Mike Webb for ProPublica – Remember that amazing TIME Magazine piece about how health care companies fuck with uninsured people and how everything is unfair and terrible? This is an interview about that piece but also about journalism in general, and has a lot of interesting things in it about writing.

The Poorest Rich Kids In The World (August 2013), by Sabrina Rubin Erdley for Rolling Stone – This article is just about waste upon waste upon waste, and children who should’ve “had it all” but instead were abused and neglected.